“It’s no secret that we’re working on a couple of other models. [A naked 1190SX, due in August, and a dual-purpose 1190AX, to be unveiled at the Milan Show in November.] We’re a sport bike firm but what that means is open to debate. A bike doesn’t need low bars and a fairing to be fun. If it can be light, have some performance and technology, that’s what makes me smile. 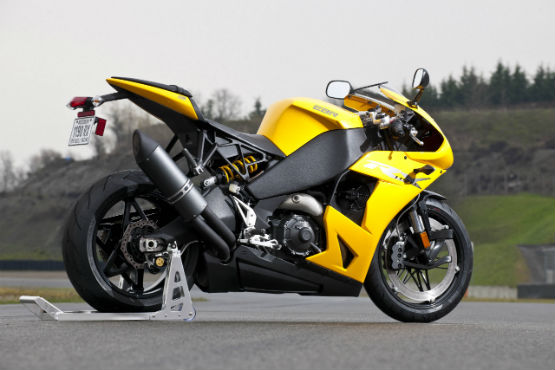 “The biggest number of bikes that Buell ever built in a year was 15,000, and I don’t think it’ll be all that long before we’re beating that total. We’re never going to build small-capacity bikes, but it certainly makes sense to broaden the range and make the most of what we’ve developed.

The race team has a lot of potential and it’s great to get two American riders [Geoff May and Aaron Yates] involved in World Superbike. The bike we ran in Australia was almost a stock street bike, so we have a lot of potential to improve. We’re going to learn a lot more about the bikes and it’s great to participate. The organisers are excited to have us in the series and we’re excited to be taking part.”