“Pawan Munjal, the CEO of Hero MotoCorp, is an engineer, so he really understands the product. I was introduced by a friend, we talked a number of times and he said, ‘I’ve split with Honda, you’ve split with Harley. Why don’t we share some ideas?’

“I just love motorcycles, whether they’re sport bikes or being used as transportation in Africa. I think they’re much better than cars. They’re lighter, use less energy, they use less resources to build them. So we had a lot of discussions like that and I was very impressed by how much he knew abut high-level technology, in a way that you might not expect from someone running a company that makes 100-cc and 200-cc bikes. 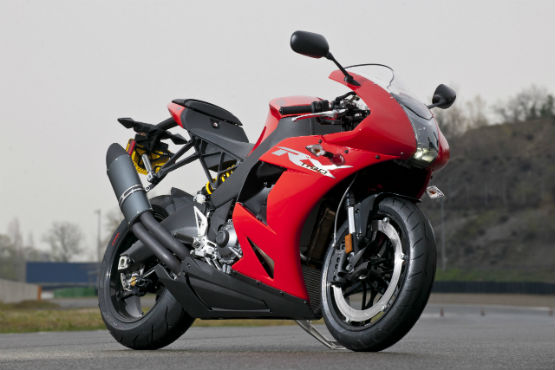 “Pawan said, ‘I need a concept vehicle and don’t have a lot of time,’ so we ended up making the Leap [a prototype petrol/electric hybrid] for Hero, which was a whole lot of fun. He said, ‘I don’t want to run your business, but we could be a partner you could trust.’ And they’re a real strategic investor. [Last year Hero paid US $25 million for a 49.2 per cent stake in EBR.]