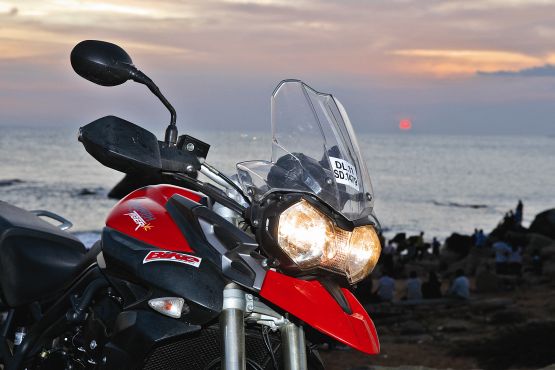 Triumph isn’t all about retro heritage, the Tiger 800XC is a proper all-rounder and can claw its way through almost anything Mother Nature can throw at it. We try and tame it down south.

You know those times when you feel you just need to get on your bike and head out? There are many solutions to those and all of them actually involve getting on your bike and heading out. What happens next is what makes all of the difference. You could head down to the nearest café for an early morning beverage or you could head to the furthest café, time permitting, to get said beverage. Then again, you could pack a load and head out not for simply a coffee, but to see the world, the people and places and get to know what lies beyond the boundaries you’ve set for yourself. The adventure begins when you want it to. And it never has to stop!

Not that the ordinary has to be any part of everyone’s life, being given a chance to break free is the best thing that could happen. So, when Triumph Motorcycles India said they’d give us one of their hottest beasts, who were we not to jump at the opportunity to travel the length of the country? The bike in question was the Tiger 800XC – their dual-purpose on-off-road tourer – seemingly the perfect bike to have when travelling through cities in India, where existent and non-existent roads are the norm.

Our journey would begin at the southernmost tip of the country – Kanyakumari. The ocean all around and the fresh, salty air were a welcome break from the usual and we looked forward to setting off on the first leg of our trip. The route would take us through the hills and along the coasts of south India. Starting from Kanyakumari, we would head up to the greenery of Thekkady and the Periyar Tiger Reserve, a renowned forest area in the region. From there we would head to Munnar with the pristine tea gardens of Devikulam en route, before finishing off the leg in the popular hill-station and holiday spot, Ooty.

Being woken up by an alarm is one thing, but to wake up to the sounds of peacocks all abuzz is another thing altogether. The sun was yet to rise and an orange glow was beginning to crack the violet shell that was the sky that morning. We headed out to the Vivekanand Island to catch the sunrise only to realise that the clouds had beaten us to it. Nevertheless, the scenic beauty is breathtaking with a man-meets-nature scheme of it. The massive statue on the island, a short ferry away, is surrounded by ocean waters while the rocky coast and crashing waves add the background and score to the whole scenario. The colourful market has a lot of wares on sale. While the seashell art and local spices are expected, the number of sellers with children’s clothing and plastic toys is baffling. 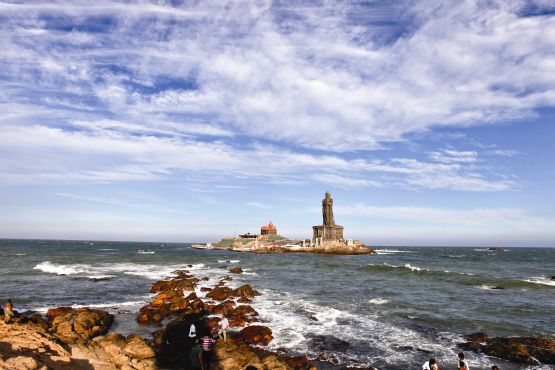 Once you’ve gone through the colours of the market, there is a nice stretch of road leading out of the marketplace which goes along the coastline and it is indeed quite a scenic stretch. The sunset there is breathtaking, with a clear view of the horizon being an apt way to bid adieu to the red sun at the end of the day. The Hotel Tamil Nadu, which was our abode for the night, is situated just a minute’s walk from the lighthouse and those beams were the last thing we saw before calling it a day. 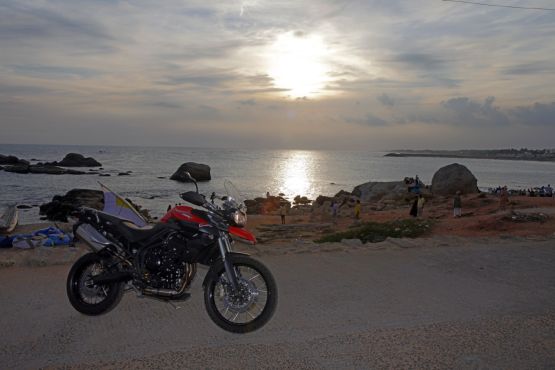