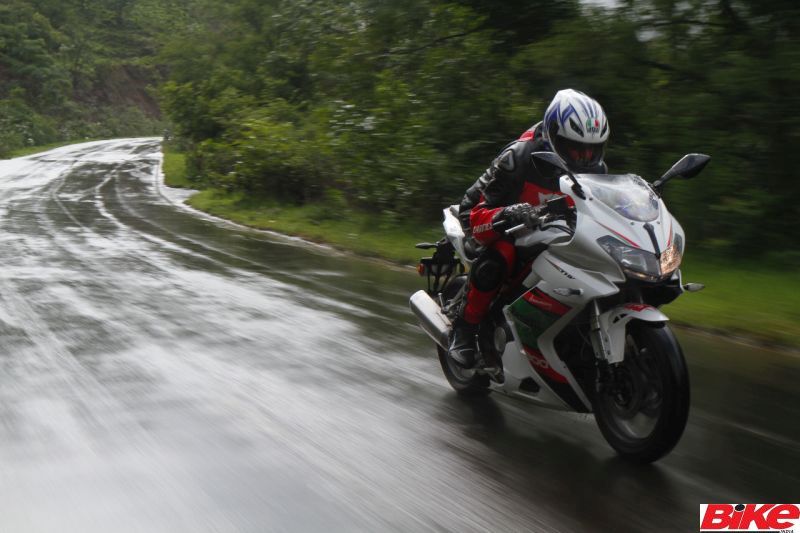 A hurricane is on its way and along with it will come a tornado. A twister which is of Italian origin and now it will hit India. We were the first to witness this tornado up close. All right, drama apart, this is all about the introduction of a brand-new motorcycle, called the Tornado 302, by the Italian marque, Benelli, and we are happy to report that we were the first magazine in India to ride this new bike on the occasion of our 11th anniversary. So let’s get cracking.

With the Tornado, DSK Benelli now have a motorcycle that caters to baby boomers who like faired motorcycles more than anything else. True, Benelli could have taken the easy way by fitting a fairing to their capable TnT 300 Streetfighter, but instead they took the high road and brought out the drawing board. They did borrow the engine from the TnT 300 but most of the bike is new. 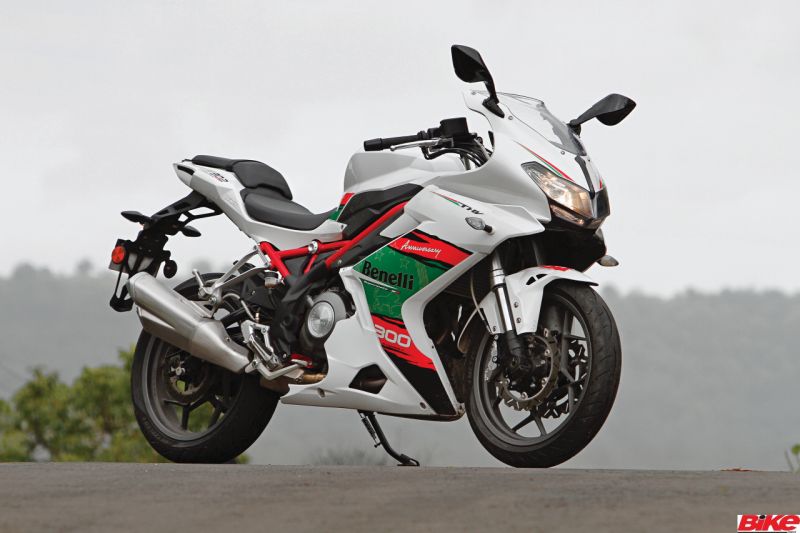 Starting with the design, which speaks volumes about the capability of Italian artistry. The Tornado is a gorgeous looking sports bike — well, entry-level sports bike — but its execution is flawless. The curves are carved out well and the entire bike looks proportionate. The fit-and-finish levels are also decent although the simplistic instrument console could have been a bit racier. Apart from that there is hardly anything in terms of design that I can fault; everything falls in place just right.

As mentioned before, most of this bike is new except for the engine. The ‘302’ in the name points to the 300-cc liquid-cooled, fuel-injected, parallel-twin engine that it borrows from the TnT 300, Benelli’s capable small Streetfighter. However, for the Tornado Benelli have reduced the power output a little, for it now produces 36 PS at 12,000 RPM, two PS less at 500 RPM more than the TnT 300. Torque output, however, has gone up half an Nm to 27 Nm, being produced at 9,000 RPM. A slick six-speed gearbox transfers the power to the rear wheel via a chain final drive. The gear ratios have been kept short so the engine revs to the limit pretty quickly, asking you to shift up.

Despite being the same engine as that on the TnT, it certainly felt quite different. The smooth and refined character of the TnT 300’s mill was missing. The moment the engine reached 5,000 RPM, the buzzing started and it intensified as the tacho needle reached 8,000 RPM. The vibrations, however, are comparatively less than what some of the more powerful bikes in this segment produce. Now Benelli may say that torque comes in at 9,000 RPM, but the bike picks up pace from 6,000 RPM and pulls strongly once you cross the 7,000-RPM mark. Its linear power and torque delivery makes it an easy bike to ride in the city and the short-ratio gearbox also helps in this because you can ride the Tornado in a higher gear at slightly lower RPM.

The engine also responds in a very civilised way rather than in a frenzied way. When I opened the throttle, gently, the bike did charge ahead but in a very calm and relaxed manner. The throttle response was crisp and precise and the engine felt nice and responsive. Vibrations were manageable and the gearbox was slick with a positive feel.

Performance is good, though the bike is not really a pocket-rocket. It does make a lot of noise as the tacho needle rushes to the red-line but the speedo doesn’t display the same urgency. Despite that the bike gets to decent cruising speeds pretty quickly. For a thorough performance test you will have to wait for an extensive road test. 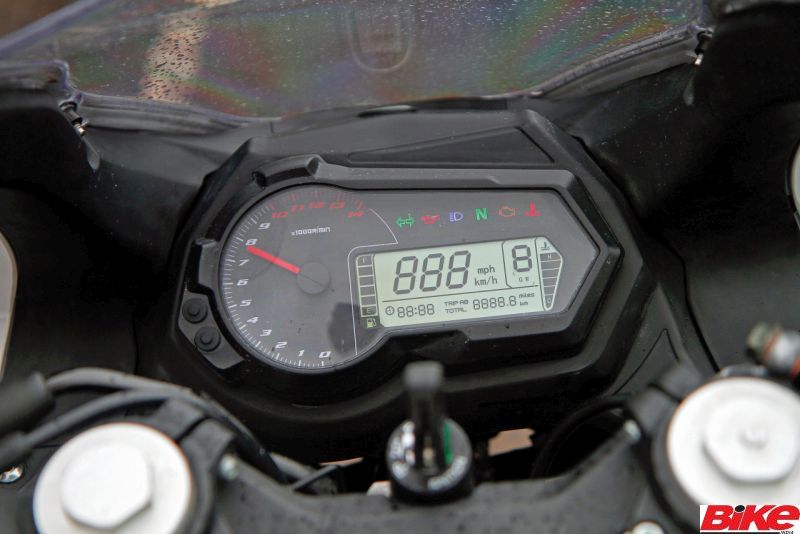