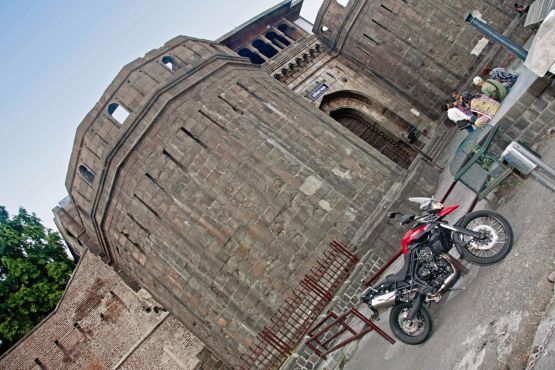 The Triumph Tiger 800XC tackles city, coasts, highway, forest and the vast deserted expanse as it heads from Pune to more of the west coast, the Gir National Park, and the Rann of Kutch, braving the scorching summer sun.

The Triumph Tiger 800XC has been a fantastic companion ever since we began our journey from the very tip of southern India. Having covered forests and hill stations, beaches and mountain roads, there wasn’t anything which made the beast flinch. As we set off from Pune towards more beaches, we would head west to Gujarat and the forests of Gir before finishing the leg off in the vast expanse that is the Rann of Kutch.

Pune, home to many of us here, can get rather crowded during the day. Okay, that’s a huge understatement, and that meant we would leave as early as our senses would allow, but, before that, we just had to visit some more must-see sights. The famous marketplace in the heart of the oldest part of the city, Mandai, is also right next to an important landmark, the Dagdusheth Temple, which becomes a hub of activity during Ganesh festival. Another place of immense interest is Sarasbaug: sprawling lawns dotted about with trees and fountains; a nice way to unwind later in the evening. The street food junction or chowpatti becomes active then and you can indulge in a variety of local favourites from bhel and pani-puri to pav-bhaaji. However, we had a long way to go, and it was just a few hours until we hit the road.

In the wee hours of a Saturday morning, we set off towards Thane. The highway would only be used so much. This was a mission, one of finding enjoyment in exploration. The Tiger was primed and ready for the adventure ahead. It looked forward to taking on the rough and heading out into new lands. I, for one, couldn’t wait to set all those eager horses free. 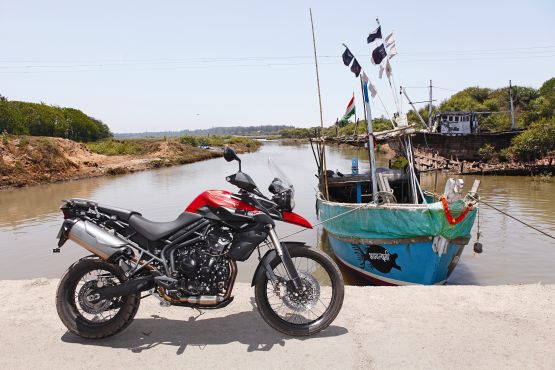 Our first stop: Dahanu, a beach village close to the Maharashtra-Gujarat border. Once you set off, the road takes you along the outskirts of Mumbai and Thane. The highway is a joy to tackle, but the sheer number of trucks along the way can be annoying, especially with their overtaking competitions seeing single-digit speeds. The ghat section going past Lonavla is quite cool, especially at the time we had reached there, with sunrise still at least a couple of hours away. Once on the main highway, the Tiger opened up and began sprinting. Some sections offer you the opportunity to try out some truly ridiculous speeds, but we refrained from experimenting not knowing what the road ahead would have in store for us.

The road to Dahanu requires you to turn off the main highway and head into town. The area is famous for its beaches and plantations. There are acres of fruit orchards along the way as you head towards the beach, away from the highway. The coastal road here is absolutely beautiful. The water is brown, taking its colour from the sand. There are just a few people around and every so often you come across a fishing boat docked by the side of a shack. The road goes up to another beach village, Bordi, even closer to the State border. 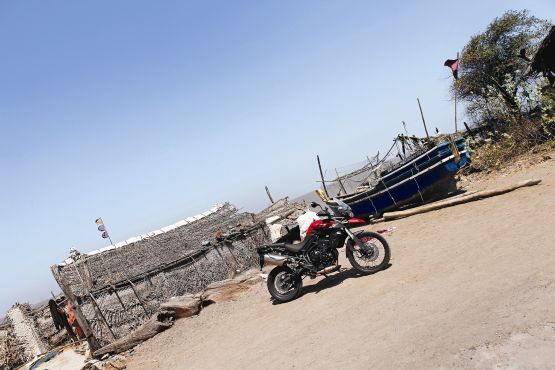 Bordi is another fishing village with some extremely scenic locales. The beach seems to go on for miles and the sparse population, everywhere except the busy village centre with its buzzing marketplace, means you can actually relax and enjoy the ride. Ahead is the city of Sanjan, historically significant for where the Parsis first set foot in the country many years ago. Now we were headed for Vadodara, and that meant taking the NH 8, leading to Vapi. The Kariya lake, just off the coast, makes for a tranquil halt when the heat gets to you. However, we were bent on pushing on. 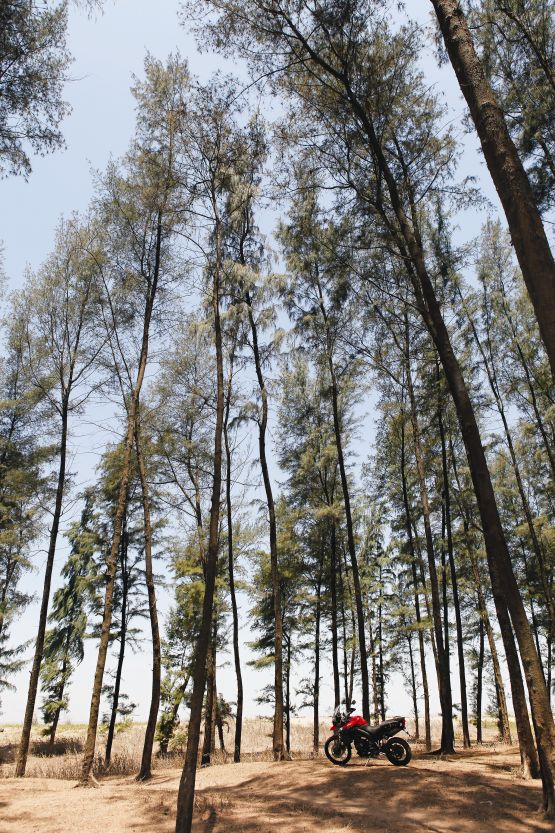