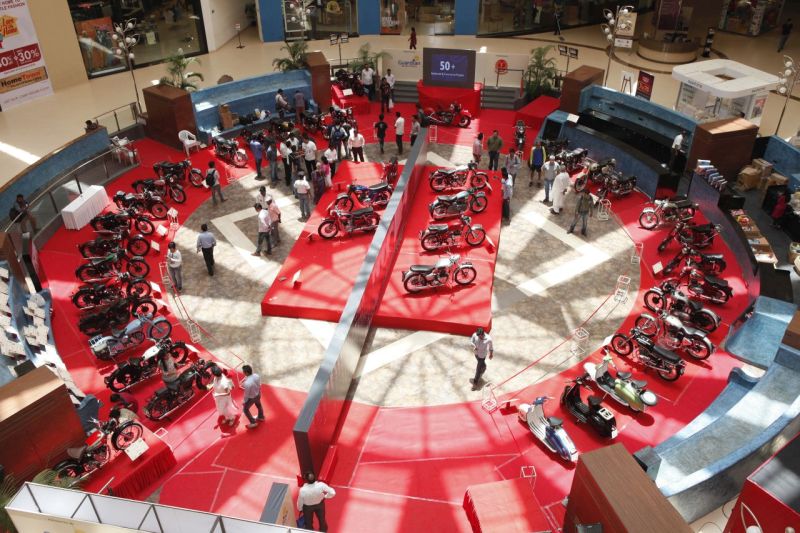 Vintage motorcycle restoration is not an easy task. Even if you have stumbled upon a garage find at your distant uncle’s best friend’s cousin’s daughter-in-law’s farmhouse, you’d have to start from identifying the make and the model of the said bike, which will more often than not be in a shambles, given the several decades of decay and ageing. Let’s assume you are a motorcycling nut and you do manage to identify the bike with the help of the internet and the faceless gurus of restoration, you will have to pull it all apart right down to the crankcase. Sometimes even hammer out the parts. If you thought pulling it apart was a tough job, you will be staggered by the amount of work that goes into putting it back together, with or without the new bits depending upon the state they are in.
Following this will begin a harrowing journey of sourcing parts and that will mean making several calls to suppliers in or outside the country, depending upon the make of the bike. At times you might even have to develop several parts which might be impossible to source — the rule of thumb is: the older the bike, the tougher it is to source the parts. Imagine having to find the dowel pin for an oil gallery of a 1942 Norton, or cumbersome clutch cables of a 1944 Indian Chief, or, for that matter, the block and piston kit of the 350-cc CZ Jawa. It will mean that you will have to hunt down every possible lead in the country and, maybe, even rummage through the dusty shelves of surplus inventory in some run-down spares shop. You might even have to get in touch with the boffins at the headquarters of the said motorcycle make in some distant corner of the world (provided the manufacturer is still in operation) for something as basic as a grip cover.
Another formidable task of any restoration project is to find an able, trustworthy builder, one who knows how to rebuild a barn find and is not deterred by the countless hiccups usually associated with such work. And the biggest speed-breaker to any passionate endeavour is always the moolah — the vitamin M. Vintage bikes are known to draw a pint of blood for every run they do and to bring them back to a running condition costs a fortune. The time, finance and the emotional energy involved in pumping life back into a rusty old bike is immense and to take on this Herculean task is close to impossible for most…. Or maybe it is not, as we found out after interacting with the proud owners of the machines you see on this page. The Vintage Motorcycle Club is a hardy and persistent bunch who will stop at nothing to rebuild their machines and have slaved painstakingly to revive the nostalgia of these bikes.
The exhibition featured bikes ranging from the 1930s to the 1970s. What makes the Vintage Motorcycle Club, Pune, so exclusive is that for a leg-in into this elite club, you have to have your bike in a stock, mint and running condition. For example, Mandar Phadke’s 1,200-cc V-twin Indian Chief featured skirts and fenders in impeccable tin-work, complete with fully functional leaf-spring front forks, almost as good as new. However, what stole the show was Prakash Kunthe’s 1959 500-cc BSA Goldstar which, when fired, shuddered the very roof trusses at the Amanora mall in Pune. After BSA’s winning streak at the Isle of Man TT in the late 1950s, the last versions of the Gold Star – the 1956-63 DBD34 had a race-spec first gear, which maxed out to speeds northwards of 90 km/h. From the same lineage was Sameer Sonar’s 650-cc BSA Golden Flash. In addition to his Gold Star, Kunthe had also brought along his Supermax 250 manufactured by NSU, which is one of the earliest motorcycle brands from Germany.