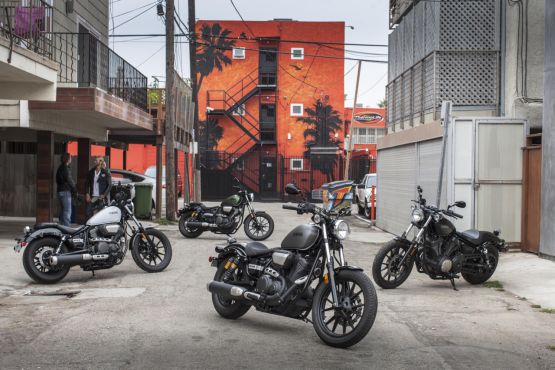 We rode the Yamaha XV950 – a production bobber, a simple and relatively sporty cruiser, designed to be easily customised using a variety of factory-made accessories – in California recently

It would be difficult to pack a more iconic bunch of two-wheeled venues into a couple of days in southern California. Yesterday we rode the XV950 from our Venice Beach base to the US branch of Australian custom firm, Deus Ex Machina, then across Los Angeles to visit Roland Sands, another of the world’s leading custom bike builders.

This morning we headed up the Pacific Coast Highway to Malibu, then cut inland to the Rock Store, legendary hangout of LA bikers. The two-day route gave the XV a chance to show that it works well in town, on the highway and on twisty canyon roads. But it was the freshly hand-built bikes on show at Deus and Roland Sands Design that explained Yamaha’s thinking behind this latest V-twin cruiser.

In recent years, the custom scene has moved on from shiny choppers to cut-down bobbers and café racers. These are as often built around Japanese singles and twins from the 1970s and ’80s as around the once dominant Harley motors. Now Yamaha are aiming to take a piece of that action with the XV, which joins the V-Max and XJR1300 in the company’s new Sport Heritage range.

Essentially, the XV is a production bobber: a simple, relatively sporty cruiser, designed to be easily customised using a variety of factory-made accessories. It’s also designed to be a rival to Harley’s popular entry-level Sportster 883 models, especially in the US, where it’s known, rather more imaginatively, as the Star Bolt (Star being Yamaha’s cruiser line).

The engine is the 942-cc, SOHC, air-cooled V-twin that was introduced five years ago in the XVS950 Midnight Star. However, the XV is a very different bike from that typically long and chrome-laden cruiser. It’s short, stubby and relatively light. Its engine, exhaust and wheels are black and there’s barely any chrome at all.

There are two XV models: the standard machine and the XV950R. The latter is an upmarket version that replaces the base model’s black or white paintwork with green or grey, both with a stripe. The R-bike also has a more elaborate seat-cover, remote-reservoir shocks and (in most markets) comes with ABS brakes as standard. 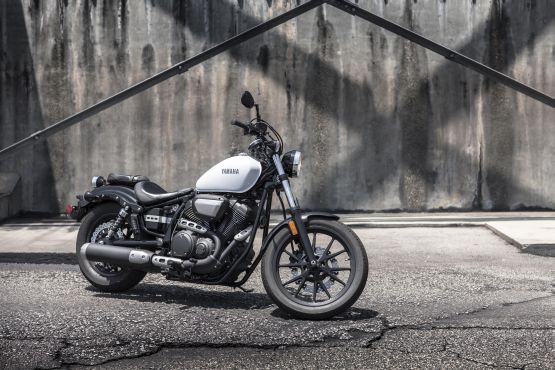