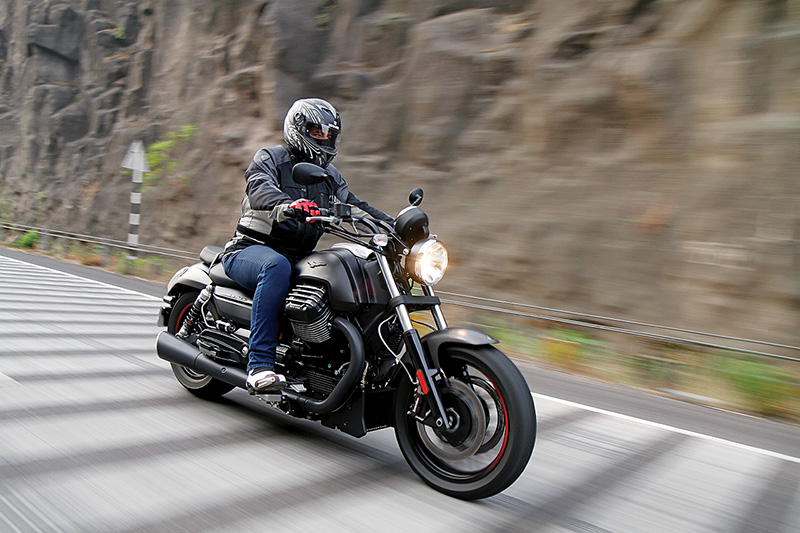 This motor has a very distinctive character. As I thumbed the starter, the massive twin came to life with a roar before settling down to a mid-frequency growl at idle. But the most noticeable thing was the front-end shake. It vibrates like nobody’s business; however, once you slot the tranny into first and give it some gas, the vibration disappears altogether. I also expected the Audace to be full of vibrations, but, thanks to the elastic kinematic engine mounting system, the vibrations were minimal and didn’t bother me at all. Being a high-capacity V-twin, I was surprised that Moto Guzzi are not using proper liquid-cooling on the bike as this one features an oil-cooler and depends on air to bring the temperature down.

What is impressive is how well the power and torque are spread across the rev range. Smooth power delivery and the presence of that massive torque right from 1,500 revolutions per minute allowed me to weave my way through the traffic without any fuss. The linearity of this engine took me by surprise. Great bottom and mid-range power allowed me to ride the bike in the fourth gear at speeds as low as 40 km/h without having to rev the engine beyond 2,000 RPM. That says a lot about the easy rideability of the Audace.

Talking of rideability, the Audace is one sweet cruiser to ride. Mostly because it is 38 kilos lighter than the California and more compact in size as well; however, at 299 kilos, it is still a heavyweight.

Normally, being heavy hampers performance, but this Guzzi has some serious torque that does all the talking in terms of performance. I was surprised how civilised it felt under hard acceleration. Now, Italians are not particularly known for being gentle, but the Audace’s acceleration is just that. Nail the throttle, and the bike takes off with gusto but the speed build-up is smooth and not sudden. It doesn’t lunge forward as if all hell broke loose. It gets to triple-digit cruising speeds easily and feels really comfortable when there. The 100 km/h mark comes up pretty quickly and then the bike races towards the second ton mark equally quickly. 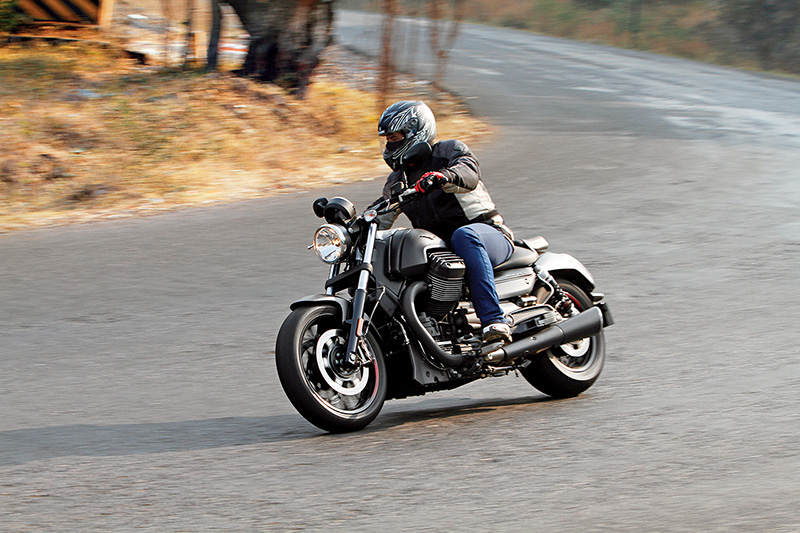