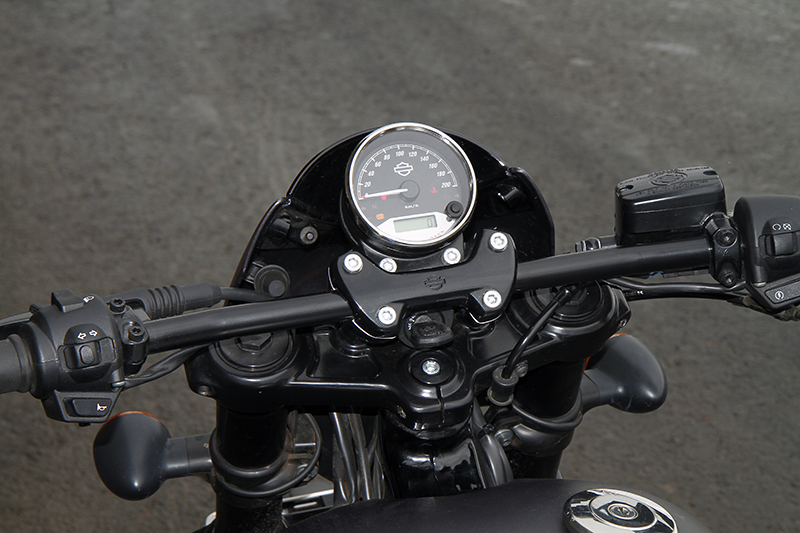 The biggest change, however, comes in the form of the new USD forks that are set at 27° rake unlike the 32° rake of the Street 750, making the front end steeper, which results in the Street Rod being even more nimble. The flat drag-bar handlebar comes straight from the drag strip, where Harley bikes have achieved considerable success. The one thing that did bother us was the narrow seat that leaves the rear cylinder-head exposed, something that might not be good for your left inner thigh. If you are careful enough to remember it, there is nothing to worry about. We love this design because it evokes the memories we have of the erstwhile XR1200. 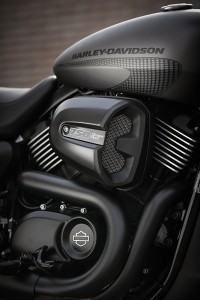 The Street Rod is fairly new and not just a cosmetically upgraded Street 750. What remains the same is the heart of these two motorcycles, although in the Street Rod it gets an extra shot of adrenaline. The 749-cc, liquid-cooled V-twin has the capacity and same bore X stroke. But the High Output Revolution X motor has a higher compression ratio and twin throttle bodies that are larger (42 mm) than before, allowing it to produce 62 Nm of torque, three Nm more than the Street 750. Harley also claim that the power output has gone up, though they have not provided any figures to enable comparison. The six-speed gearbox has been retained with the same ratios as in the Street 750.

To ride, the Street Rod is even more delightful than the Street 750. Its torque delivery is super smooth and the fuelling is on point, which makes it an easy bike to ride within the city and on the highway. In fact, there is so much torque even at low rpm that you will not have to shift down to overtake buses/trucks or even cars. This makes it effortless to ride the Rod in almost any gear. The smoothness of the liquid-cooled V-twin is remarkable and sometimes you wonder whether this is an American V-twin. The throttle response is smooth and the acceleration brisk. The six-speed gearbox is pretty good with its smooth shifts. 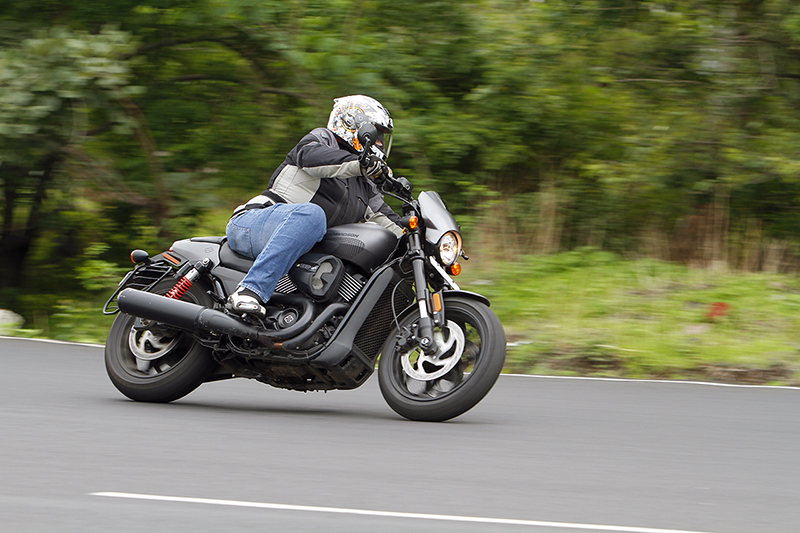