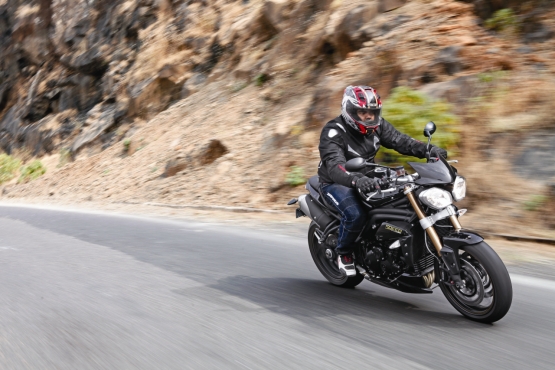 Maybe I’ll find on the way down the line that I’m free, free to be me. To find out, I spent a day with the bigger Triple from Hinckley. A day I wouldn’t forget for a long, long time. Here’s what it’s about…

It’s a chilly winter morning in December. Even for a work day, 5.30 am is a stretch. However, the thought of what the day had in store was enough to get me up and about in no time. Some motorcycles make you look forward to the ride, and some scare the living daylights out of you. In the case of the latter, some do it before, while some do it during and after. And that’s what the Speed Triple has going for it.

The big daddy of the Triumph roadster line packs more volume and squeezes more fuel into those three thirsty throats than the smaller Street manages. Where the Street is the equivalent of three Hero Karizmas in displacement, the Speed is three Royal Enfield Bullet Electras. However, as big and intimidating as it is, I wouldn’t mind having Carmen Electra ride with me. The Speed Triple is a very likeable motorcycle and if you read on, you’ll see why. 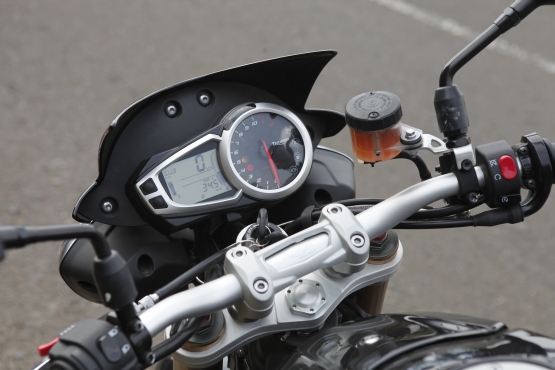 For those who feel the need for speed but don’t want a full-blown superbike with clip-ons and a fairing meant for a track-day, this muscle bike is the perfect alternative. Design? Yes, it’s there in plain sight. You have chassis, big engine, fuel-tank, seat, pegs, handlebars, fat rubber and levers. Oh, and lights. There you go – the essential motorcycle. There’s no windscreen, and, with those twin headlamps, it looks as if the fairing has quite simply been peeled off, apart from that little crest. The chunky 17.4-litre tank and twisted metal pipework of a chassis finished in matte-black give it a bare-bones, raw motorcycle feel. Even standing still, its short-wheelbase, wheelie-machine stance looks like it was created by a nearly demented speed addict. That’s what it’s all about: unadulterated motorcycling. If you’re in it purely for the ride, the Speed Triple will give you a quick quarter-mile and mile-wide grin to go with it. 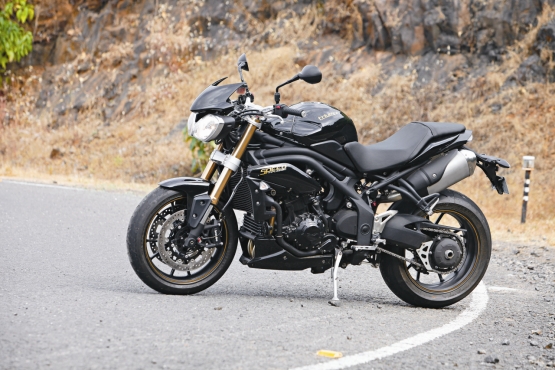