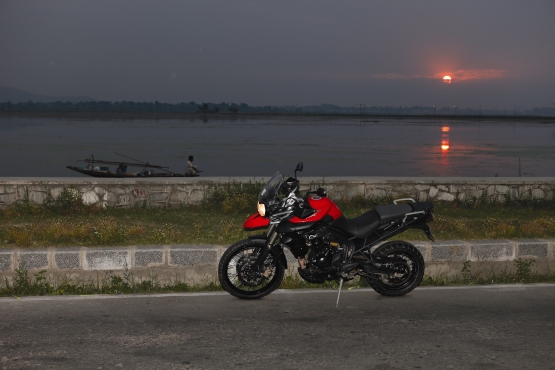 Having started from the southernmost tip of India, the Triumph Tiger 800XC gets set to roll out of Srinagar and head to the very top: Khardung La!

When we started from Kanyakumari, we wondered how long it would take, but even more, we wondered if the Tiger would be up for the journey across the length of the country, spread over 6,000-plus kilometres. How much could a Brit-built adventure bike really take of the challenging Indian conditions? Sure, it’s a dual-purpose on-off-roader, but it’s still something which needs care at some point. It’s been through it all – sun, sand, deserts, forests, trails and highways. But now it would face the ice. Would we face the cold truth? Or would the Tiger shine through as it always has? 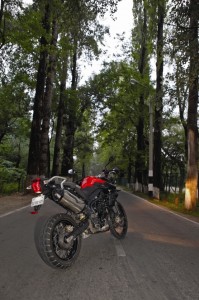 We embarked on the final leg of our journey in Srinagar, having arrived there late the previous evening and made our way through the traffic before ending up on the Boulevard and the magnificent Dal Lake, lit up by hundreds of lights. It was even more breathtaking in the morning. The fishermen were out and the silhouette of the mountains formed a backdrop which cannot be erased from memory. The Boulevard goes all round the Dal Lake and leads to several places of interest. Head down the road and the traffic thins out even more. The fountains in the lake form a perfect background for a memorable photograph.

Head further down the same road and the Nishat Garden comes into view. The path from the entrance takes you deep inside to the top where you have a scenic view of the garden and its many flowers and fountains with the Dal Lake in the background, and that makes for a magnificent picture. Another major attraction is the Shalimar Bagh. A Mughal Garden, it is beautifully landscaped with lush verdure, flowers and fountains making it a serene escape from the busy surroundings. 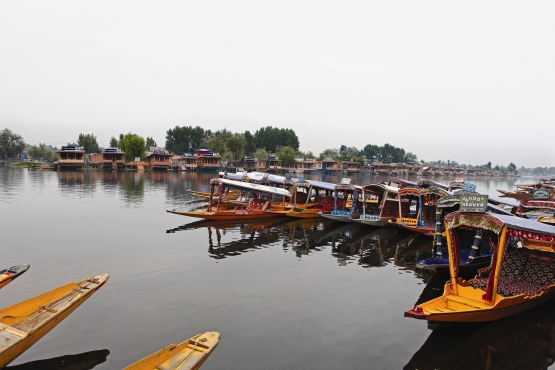 A famous must-visit spot, especially if you’re into floriculture, is Chashme Shahi, famous for its wide variety of flowers and flowering plants and trees, especially tulips. Of particular interest, though, is the water which flows from the mineral springs there. It is cooler, cleaner and, supposedly, more refreshing than any form of bottled water. 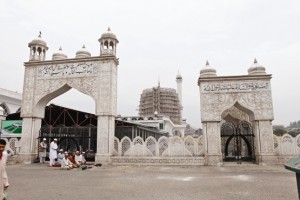 Another place of interest is Hazrat Bal. While it is one of the largest mosques in the country, it is famous for having enshrined a hair from the prophet’s beard. The place is filled with the religious but also has many tourists. The atmosphere is rather calming once inside, but being on a tight schedule means having to get a move on.

All the travelling around, especially in the heat of the mid-day sun and with traffic adding to our woes, had made us quite hungry. Opposite the University is Hat Trick, a little place with a big red board you can’t miss. The traditional menu featured lamb, a popular meat up north, and I ended up having some rotis with seekh kebab stir-fried to perfection. A quick lunch, because we still had a lot to do, and then leave early the next morning.

The Boulevard begins with a number of hotels packed within a few feet of one another. Our abode was one of them, and thus we had easy access to the Dal Lake and all it holds around it. The posh locale is contained not far from there, and the roads to get there are as beautiful as one can imagine. Tall trees line the streets and provide much respite from the sun and the rain.