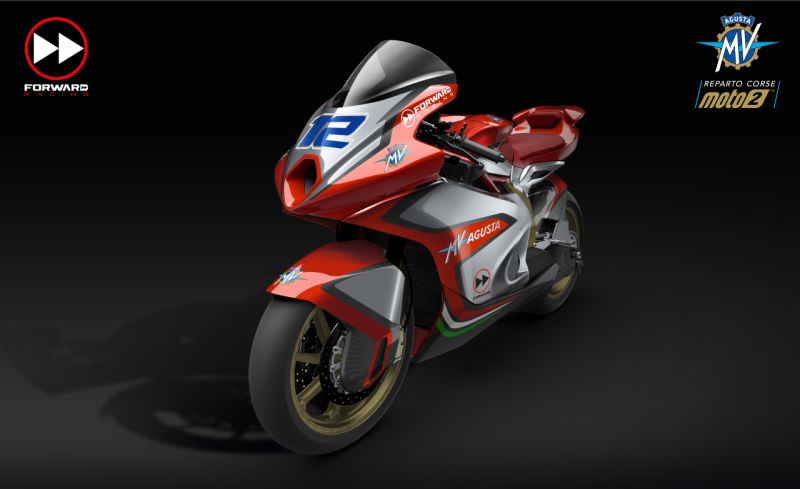 Earlier, we reported the return of legendary European motorcycle manufacturer, MV Agusta, to Grand Prix racing. Now, they have unveiled the 2019 race bike.

MV Agusta are undoubtedly the most successful European manufacturer in the world of Grand Prix racing. They dominated the racetracks for a major part of the first three decades since the beginning of the sport in 1949. MV Agusta have a formidable 75 world titles, of which 38 are rider titles and the remaining are credited to manufacturer titles.

Now, after a 42-year-long hiatus, they are back. In the 2019 season, we will see them join hands with Forward Racing Team. Word on the street is that MV were reluctant to join the 2018 season since it was the last season for the Honda-powered Moto2 machines. The bosses of the Italian marque felt that it would be more feasible to re-enter the realm of motorcycle racing in the 2019 season, since it would be the first year of Triumph-powered Moto2 bikes.

Sporting typical MV design cues, the race machine looks similar to the beautiful, fully-faired motorcycles from the manufacturer’s stable. Power will come from the 765-cc triple from Triumph. The team will continue to run frames made by the Swiss manufacturer, Suter. The revealed bike is the prototype in the final stages of development. We can expect to see it début on the racetrack as early as July 2018.

Commenting on the unveil, Giovanni Castiglioni, President of MV Agusta, said, ‘MV Agusta is the most successful brand in history of motorcycling. The return of MV Agusta to the Grand Prix is a great honour for me. The Moto2 World Championship is very competitive and, in order to be successful, we need to apply the best of our technology and experience in racing motorcycle development.’

Speaking about the partnership, Giovanni Cuzari, Forward Racing Team CEO, said, ‘The dream of bringing MV Agusta back to the World Championship was born with Claudio Castiglioni, to whom I have always been linked by deep esteem and friendship, and the dream came true with his son Giovanni. I find it difficult to express with words what this means, to be actively part of a common project with both MV Agusta and CRC, the two Italian excellences that created the most beautiful motorcycles in history. I worked many years for this to happen, and now I feel proud to announce that MV Agusta will race in the Moto2 World Championship with Forward Racing Team. I am also aware of the great responsibility involved in having such a prestigious brand on the hulls of our motorbikes. Our team, along with MV Agusta and CRC, will strive to achieve, in the shortest possible time, what all the fans, and we first, expect and dream.’ 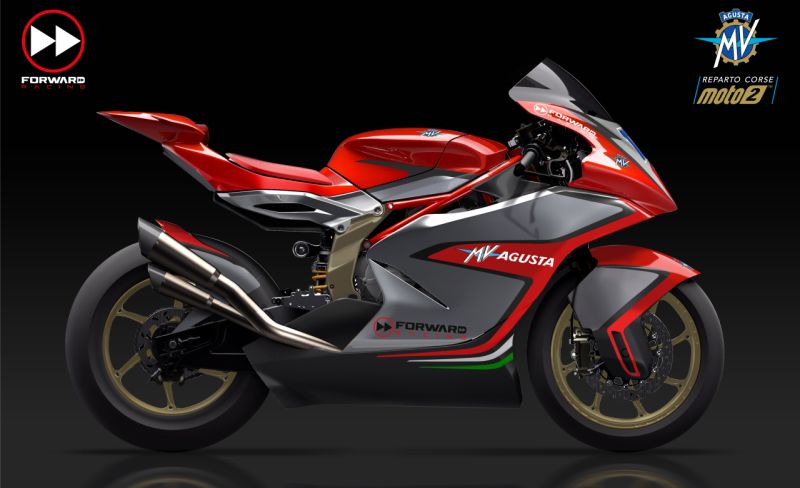 Credited with bringing us some of the most desirable motorcycles in the world, and armed with a highly successful racing heritage, the team will carry high expectations into the 2019 season. MV Agusta have a lot to benefit from this move, mainly in the research and development section, particularly because they also have an in-line, three-pot mill (of almost similar displacement as the Triumph) in the market.

We have ridden the Brutale 800 RR, the naked middleweight that features the in-line triple in a ferocious state of tune. Read all about it here.