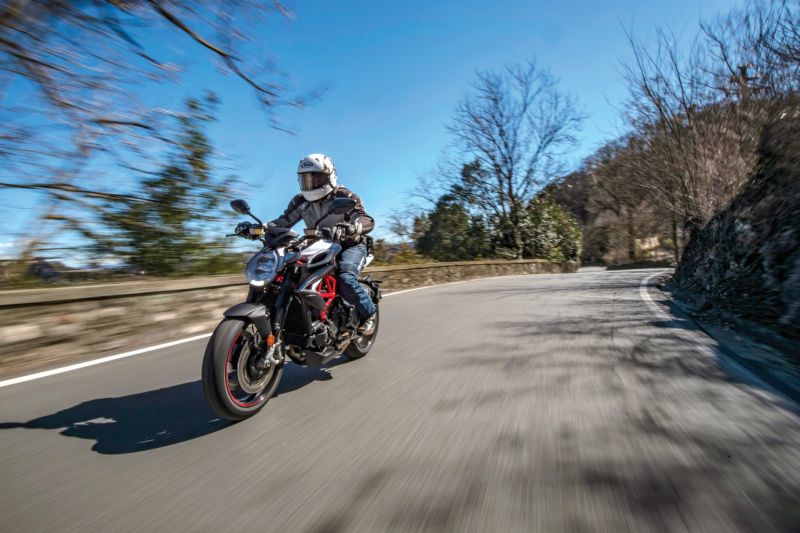 The RR version takes the performance game of the MV Agusta Brutale 800 to a completely new level. We head to the company’s factory in Varese, Italy, to experience the brute first hand.
Visiting Italy is always special — the food, art, landscapes, and, of course, the fabulous motorcycles. This time round I was there to ride one of the most important models that MV Agusta have produced in recent history. The Italian icon was plummeting down the pit-less burrow of financial crunch till a cash-rich Russian firm came to their rescue. The Russians are also actively involved in shaping MV Agusta’s marketing plan, utilising their expertise in the digital space to make the Italian firm future-ready. MV aim to be more active on the social media and have a stronger online presence to meet the needs of the new-age motorcycle buyers.

While the marketing team got busy with the digital revolution, Brian Gillen, the Technical Director of R&D at MV Agusta, and his team of engineers made it their life’s mission to improve reliability, noise and vibrations of each bike that rolls out of the Varese plant. They have indeed addressed issues many MV owners have been grumbling about for years now. With these tweaks, the new MV bikes promise to deliver the desired premium-ness and peace of mind buyers expect having paid handsomely for the Italian badge. 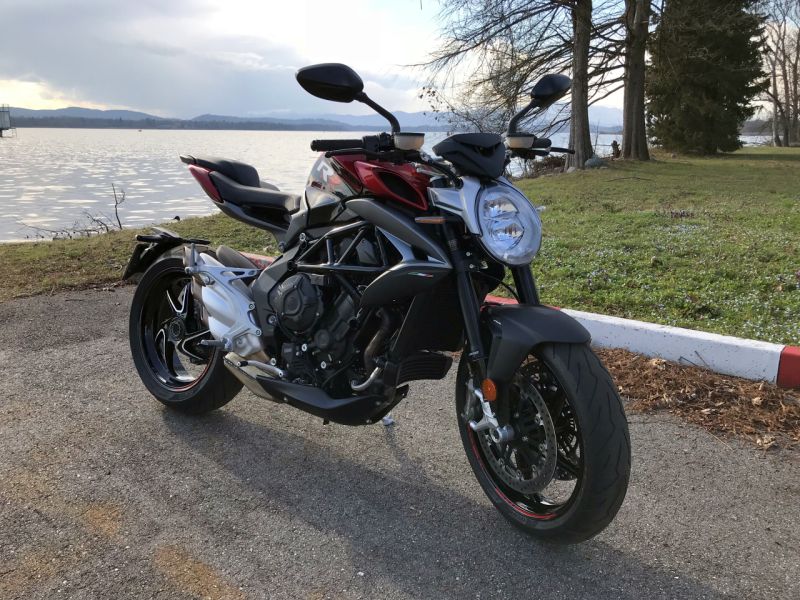 One of the first specimens with the updates thus implemented is the new Brutale 800 RR — the Jeremy Clarkson version that makes the standard Brutale 800 look like James May! Bike India had an exclusive ride on the RR which is set to come to India before July this year. The ride began from the MV Agusta factory in Varese (a stone’s throw away from Milan, Italy) and the plan was to keep the saddle warm all day, pay a visit to neighbouring Switzerland, have lunch overseeing the Alps and return to the factory by evening.

The Brutale plays a significant role for the company’s revenue and the RR is the preferred pick in that range. No surprise, the engineers took almost three years to develop the 2018 version. Though the focus has been to reduce exhaust emissions, they also improved the power management and, as a natural consequence, the riding pleasure.
The carved-out design of the fuel tank and the wide and flat handlebar make for a roomy riding position. Many of my taller colleagues from European media houses looked comfortable and had no complaints. The big addition here is the steering damper which gives it excellent stability while spearing ahead on a straight. The foot-pegs aren’t too rear-set, which is great for an upright and relaxed cruise around town or on the highway but might scrape asphalt on racetracks. About an hour into the ride, I realized that although the split seat has been redesigned to “improve comfort and ergonomics”, it was really, really stiff. It’s surprising because the Brutale 800 RR is such an easy-to-use machine that many owners would like to go on longer rides. 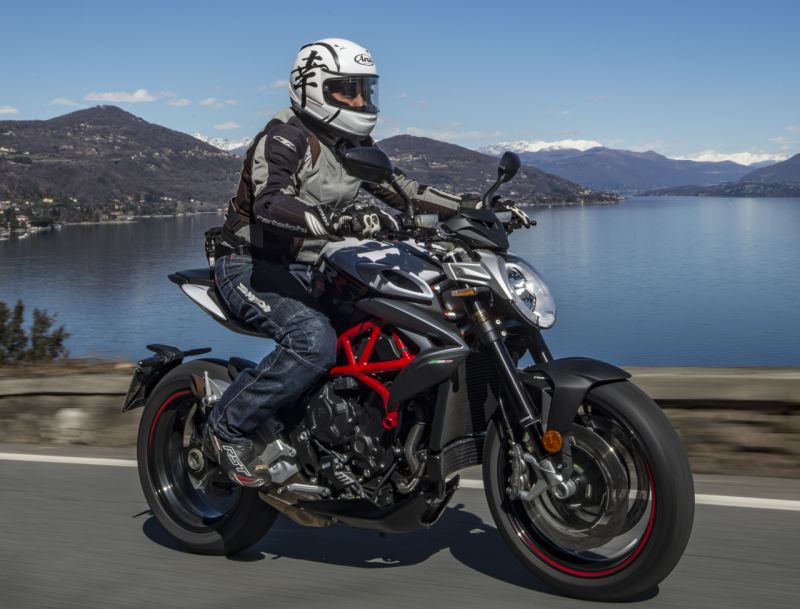 Being another variant of the existing Brutale 800 (which is already available in India) there’s a lot in common between the two siblings. The beautifully etched body lines, startling aesthetics and overall compactness is a delight to the eye from every angle. The RR distinguishes itself with new body decals and two new colour options: the Pearl Ice white which I rode and the more glamorous Pearl Shock red. Then there are the distinctive LED daytime running lights (DRLs), sleek LED side indicators, and that stylish gap between the seat and the frame.

Adding to it is the intricate attention to detail — right from the engravings on the tank guard and pillion grab-rails to the glowing MV logo in the headlight and the eye-catching decals on the new, lightweight forged alloy wheels. Get the lighting right and even a candid picture from your smartphone is worthy of becoming a poster in your bedroom. Englishman Adrian Morton, MV Agusta’s Design Director, has managed to stay true to the legacy of the first-generation Brutale which in its time had revolutionised the concept of naked sport bikes. 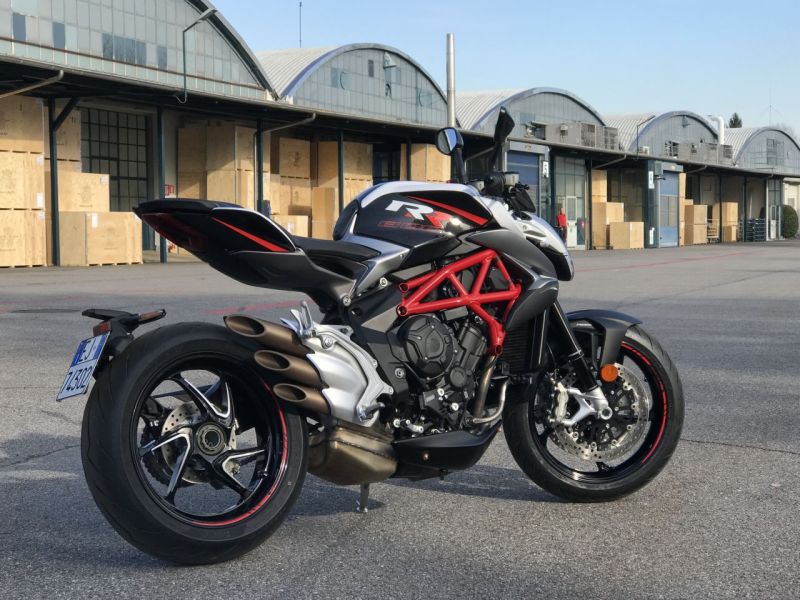 The changes run deeper since MV have given some major uplifts to the 798-cc triple-cylinder engine and have reduced emission and noise by over 50 per cent. Moreover, it now makes 140 PS at 12,300 rpm — that’s almost 30 per cent more power than the standard Brutale 800! Although the basic layout of the engine is the same, the RR squeezes out extra power using different countershaft, redesigned engine head and valves, and have fine-tuned the intake and exhaust cams. The compression ratio is now bumped up to 13.3:1 and it also gets the latest fuel-injection system which has six injectors (Brutale 800 has three). Not to forget the sportier engine mapping and algorithms.

Riding through the Italian streets, the difference between the two bikes is evident. Whereas the entry-level Brutale is more about faster access to peak torque to ease city riding, the range-topping RR is quick to whip out maximum power and is all about dynamic performance and popping wheelies. A lot of attention has been paid to improving the NVH level, in keeping with the bike’s ‘perceived premium positioning’. It’s no easy task to transform the distinct three-cylinder engine “noise” to a soothing “sound”. It clearly is more refined than its sibling during idling but the only issue I faced was while starting from standstill. The firing of the higher revving engine seems inconsistent and the natural reaction is to slip the clutch more than usual. This was surprising because the company has redesigned the cylinder-head and cam timing to reduce combustion variations at low revs.