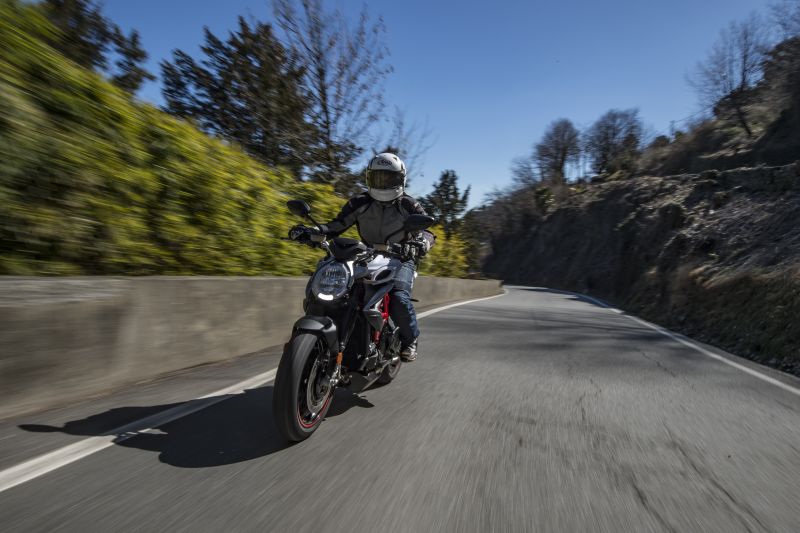 But once you’re on the go, you hardly need to use the clutch thanks to the “up and down” quick shift system. This really helped me through the ride, especially in the beginning since I was riding on the “wrong” side of the road and even splitting lanes to overtake slower cars in this left-hand-drive country. You keep the throttle whacked open and shift up without bothering to engage the clutch. Downshifts are equally fun and easy — just roll off the gas and tap the gear lever, and the system blips and sheds a gear. I feel once the engine is on the boil, the gear shifts from first to second need to be more committed to avoid getting stuck in neutral.

There’s loads of electronics on board to make the ride safer and to suit individual riding styles. Pre-set riding modes include Normal, Sport, and Rain along with a completely customizable one where throttle response, engine braking, max torque, and rpm limiter, etc, can be fine-tuned. There’s ABS and eight-level traction control, though the less intrusive “level 2” is enough to have your back in most situations.

These rider aids can be changed on the go using the buttons on both the switch-gears. But the monochromatic LCD display looks dated on a premium bike like the MV, especially when competition has adopted feature-rich colour TFTs and even OLED options. I also found the tiny odometer digits difficult to read on the go and, oddly enough, there’s no fuel-gauge either. Having said that, the speedometer digits and the gear indicator are large and easy on the eye, just like the rev-counter bar. 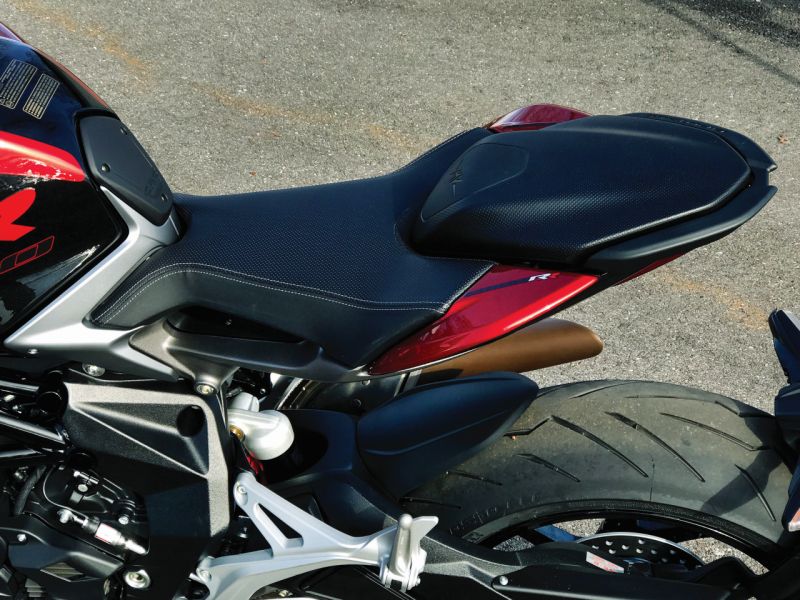 I found the switchgear slightly odd to use because MV Agusta have swapped the position of the horn with the indicator. So initially the left thumb tends to search for the indicator switch in the usual place and one ends up honking instead. This setup is probably to accommodate the selector for the traction control menu.
Although the 87 Nm peak torque kicks in a bit later as compared to the entry-level Brutale 800, I found it to be well spread, with ample drive at lower speed even without shifting down. It’s also very appropriately geared, so at city speeds you can just stay in second or third gear and the triple doesn’t hesitate or knock and gathers pace briskly. Major credit for this controlled feel goes to the enhanced ride-by-wire system of the latest MVICS system, which has improved the throttle sensitivity, delivering linear power on demand and peppiness at urban speeds.

On the freeway the postcard-worthy view of the Alps and pristine lakes was a slight distraction till I got some car-free sections along with long sweeping roads… empty roads. The RR version takes the performance game of the Brutale 800 to another level. I ducked down on the fuel tank to escape the heavy wind blast and continued to wring the throttle. In seconds the MV breached the 100-km/h mark and in a few blinks crossed 150 km/h and beyond. The RR’s top speed of 244 km/h is just seven km/h higher than that in the standard version, but the intensity with which the new bike gathers speed is what makes it so special. Some vibes can be felt past 8,000 revs but that’s where the exhaust note becomes seductively raspy and you just don’t feel like letting go of the throttle. 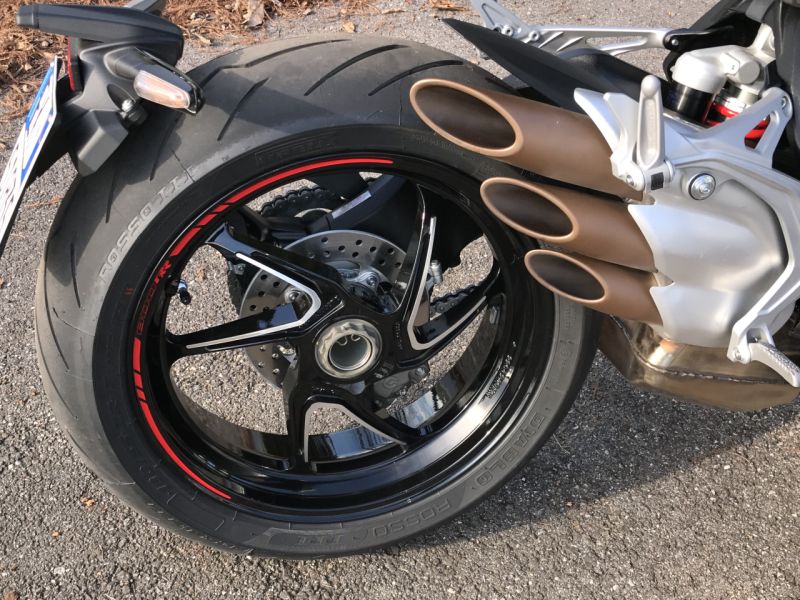 Before the ride, Brian also spoke about the new anchoring point that attaches the engine to the frame. Instead of one long bolt there are now two robust bolts that hold the engine on to the chassis, which improves the overall rigidity of the bike. In fact, like MotoGP race bikes the engine gets a counter-rotating crankshaft which also contributes to the improved handling. The confident grip of the Pirelli Diablo Rosso III makes the bike’s handling even more stunning. The suspension setup has also been worked on and now the Marzocchi fork has lightweight aluminium tubes and is extremely forgiving. The bike feels surprisingly light and agile, and very easy to flick and change direction. While avoiding potholes or drains the 800-cc bike seems much smaller. A new Sachs monoshock does duty at the rear but the ride is firm and might not be best suited to Indian roads. 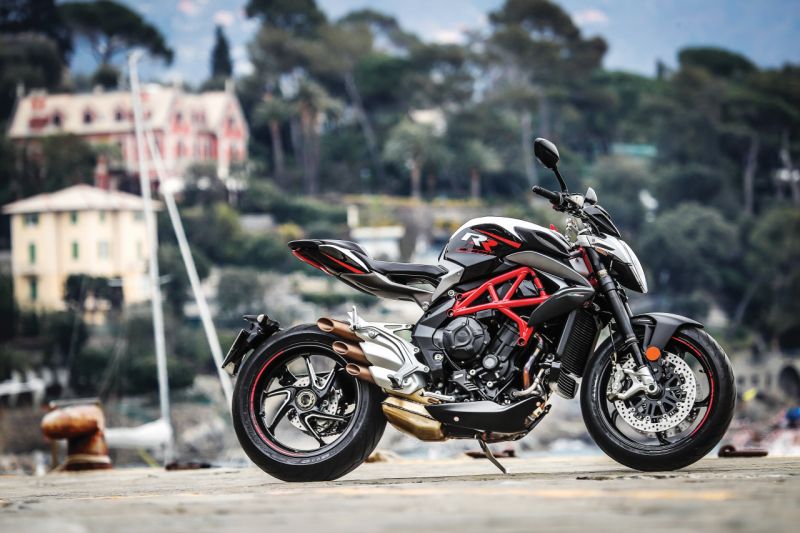 Talking about India, the Brutale 800 RR will be heading to our shores in the next couple of months and will compete with the likes of Ducati Monster 1200. Yes, we expect it to be priced close to Rs 18 lakh since the basic MV Agusta Brutale 800 starts at Rs 16 lakh (ex-showroom, Pune). It’s an exquisite motorcycle that is as spectacular while riding as it is when parked in the garage.

Sarmad Kadiri – who has written 168 posts on Bike India.