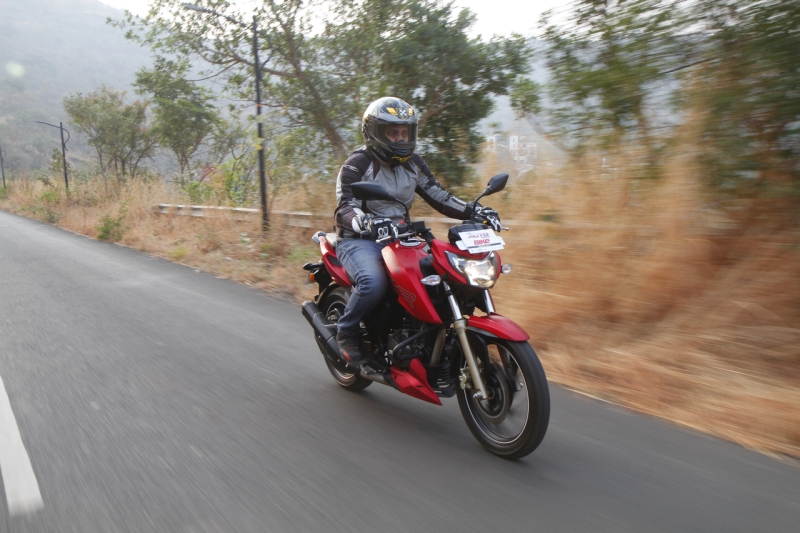 The fuel-injected version of the TVS Apache RTR 200 is expected to hit dealerships in April.

Our Sources have informed us that the fuel-injected variant of the TVS Apache RTR 200 4V is expected to hit dealerships as early as next month. This fuel-injected version of the RTR 200 produces 21 PS of peak power rather that the 20.05 PS of of the carb’d version, which TVS claim shaves off half a second on the bike’s 0-60 km/h time, which the Fi version is claimed to achieve in 3.9s.

Furthermore, the 200 Fi will also come with always-on headlamps which will soon be a government mandated feature, in line with new norms for compulsory BS-IV kicking in on the 1st of April. Not only does the 200 Fi hit the dealerships soon, but we also hear that TVS have complied with the new BS-IV norms for their other bikes in the Apache series such as the RTR 160 which now proudly wears a BS-IV sticker to show compliance.

If you don’t know what the TVS Apache RTR 200 4V with Fi is capable of, read our review right here.