On the fuel efficiency front again it is the Hero that’s ahead of everything else here with an overall fuel economy of 60.25 km/l. The Xtreme is followed by the Trigger, which goes 55.7 km to a litre of petrol. The Gixxer and FZ return closer fuel economy figures of 47.75 km/l and 43.5 km/l respectively. The Xtreme also has the largest fuel tank at 12.4 litres whereas the other three have 12 litres each. As a result, the Hero also has the best range of 747.1 km with the Honda trailing it at 668.4 km. The Gixxer will do 573 km between refuels while the Yamaha will run out of petrol in 522 km. 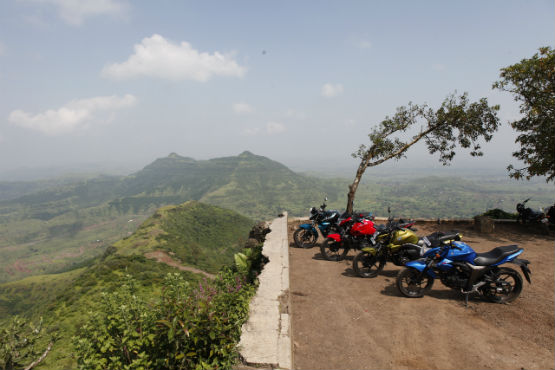 While it’s a close call between the Suzuki, Honda and Hero on the engine front, add handling and ride quality to the overall picture and the scenario changes quite dramatically. Without a doubt the Suzuki has the best ride and handling package here. Tip it into a bend at some speed and it will hold its line quite well. Quick changes in direction are also easily managed with the bike feeling stable and reassuring at all times. The other bike that loves twists in the commute tale is the FZ. With Yamaha’s mass centralisation act, flat wide handlebars and slight rear sets (the latter two are Gixxer attributes too) the FZ wants to be leaned over into turns. It’s flickable in traffic and stable around bends at speeds. Both the Suzuki and the Yamaha are equally stable in a straight line at high double-digit speeds too. The Trigger has the potential to be as good a handler as either the Suzuki or the Yamaha but somehow the more upright riding position seems to be meant for more relaxed than sporty riding. It’s nimble all right, but just doesn’t have that charm to put a smile on your face when you come out the other end of a tight corner. It does the job and that’s it. The Xtreme is an able handler, no doubt, but doesn’t have the panache of either the Gixxer or the FZ. At the same time, it doesn’t feel nearly as relaxed and forgiving as the Honda. 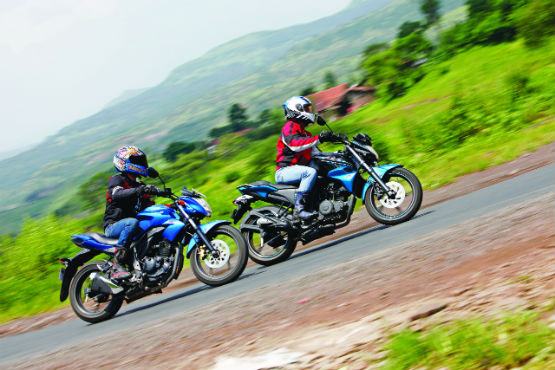 But we all know that Indian roads are far from smooth and have more potholes than corners (unless you want to count a quick flick between two stationary rickshaws as a chicane in your head). Naturally, how a bike rides over these is a crucial factor. On this front, the Xtreme is already at a disadvantage. Even on paper, thanks to its dated twin gas-charged shock set-up as opposed to the monoshocks of the other three. As a result, even on its second softest setting (the Xtreme gets a four-step pre-load adjustment), the Hero comes across as the stiffest bike with the least comfortable ride. The second stiffest in this comparative test is the FZ with bumps and ruts clearly felt. Ride quality on the Honda and the Suzuki are nearly at par with each other with the Honda’s set-up being slightly more comfortable.