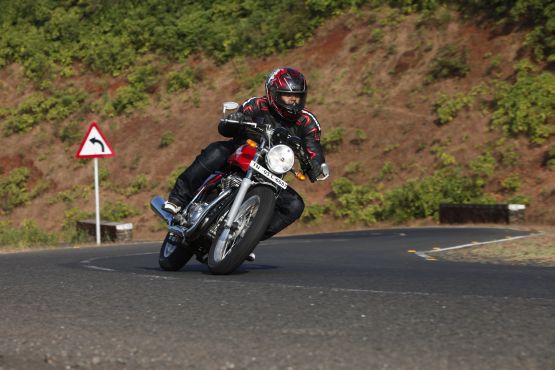 Royal Enfield officially add a café racer to their line-up, finally! Does the Continental GT have what it takes to reawaken the speed demons within?

‘Essence’ is a term not often used in many industries, but when it is, it usually signifies a strong, even overwhelming, presence of an element which affects the flavour of the subject to such an extent that it is instantly recognised as a distinct creation. When a motorcycle maker, now 120 years old, decides to infuse a 60-year-old design with modern technology and improved build quality, you just know it will be something special.

Royal Enfield make motorcycles you either love or hate. Even those who love them hate so many things about them, but love them none the less. It is their several characteristics which are so unique and which set them apart from other motorcycles that the passion and desire to own one breeds in the souls of the young and old alike. While they have been making motorcycles for more than a century, India has only been witness to one of their designs – a vertical single-cylinder, overhead-valve engine, first introduced as early as in 1932, and offered in a heavy frame with a tank, a pair of panels and fenders, a seat and a miniscule but basically functional front-end ─ to wit, the Bullet.

With its 350-cc heart and an extremely distinct thump, which is revered even today, the Bullet was a mean, macho machine which audibly announced your arrival before bringing the style into view. The clatter from the engine, the bangs and sputters from the intake and carburettor all gave the exhaust thump the company it needed to make for the most engaging and appealing rides at the time in the country. Add to that the gearbox, which was a separate unit, and ran the shifter on the right with a spoon-shaped neutral-finder, enabling the rider literally to spoon-feed the gearbox with neutral. The 350 motor ran a bore and stroke of 70 mm x 90 mm; it was the basic building block. When the 500-cc version followed later, it was the most powerful made-in-India bike there was, with all of 22 PS and a then hefty 35-odd Nm of torque. The cylinder ran an 84-mm bore, with the same 90-mm stroke. From there on, there was another announcement.

The year was 2000, and a Lightning 535 would make its way to the line-up, running an 87-mm bore, and, you guessed it, the 90-mm stroke. It made 26 PS and 38 Nm. Even with the four-speed box and the spoon for company, the torque on offer, at that time, gave the rider a phenomenal feel if they hadn’t experienced any bigger, faster motorcycles manufactured overseas.

Fast forward to the present, and Royal Enfield still make 350-cc and 500-cc Bullets in various garbs. With the disc brake only being here for a decade, it’s worth noting the evolution of the now ancient architecture. The new unit construction engine (UCE) features a single lump integrating the engine, clutch and gearbox and you don’t have to pour oil in from multiple orifices every now and then. The 350 makes a healthier 20 PS and 28 Nm, while the 500 makes 27.5 PS and 41.3 Nm. Interestingly, the 535 has now re-appeared, and in the best way possible: their Café Racer! 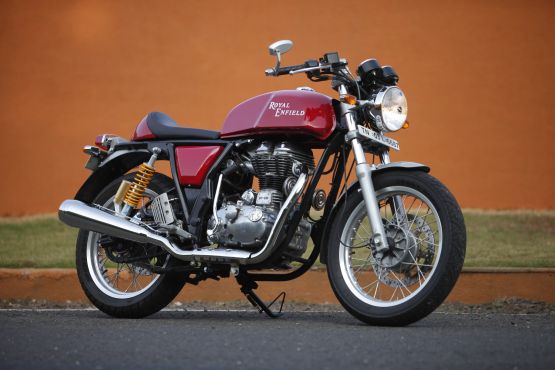