Café Racers have been a part of British motorcycle culture for 60 years now and when Royal Enfield launched the original Continental GT back in the 1960s, its retro styling apart, it was the fastest machine they had in their portfolio at the time. Rather than giving you a history lesson ─ which you can find in the first ride report of the bike in the October 2013 issue of Bike India, by the way ─ we shall focus more on how the bike is, what it does and how well it does it. 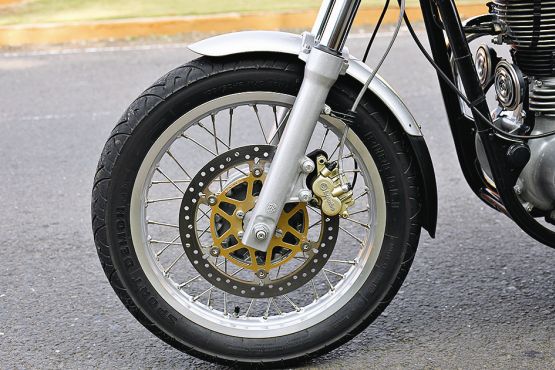 The hardware on the bike is pretty much all new, and it must be appreciated that Royal Enfield haven’t skimped on the goods. The first thing you notice is the long fuel-tank. While it is unlike any production tank on an Enfield today, it still retains the 13.5-litre capacity, and, needless to say, reinforces the café racer styling no end, as it rightly should. The tubular frame has been developed with UK’s Harris Performance with fatter 41-mm telescopic forks from Gabriel at the front and twin gas-charged shock-absorbers at the rear. Coming from Paioli, they are as distinct as can be, while offering adjustable pre-load and up to 80 mm of travel. The brakes are from Brembo, with a 300-mm front disc bit by a two-piston calliper and a 240-mm rear disc with a single-piston calliper. The old-school wire-spoke 18” rims are wrapped in Pirelli Sport Demons – 100/90 front and 130/70 rear – the widest set of rubber offered as stock by the company by far. 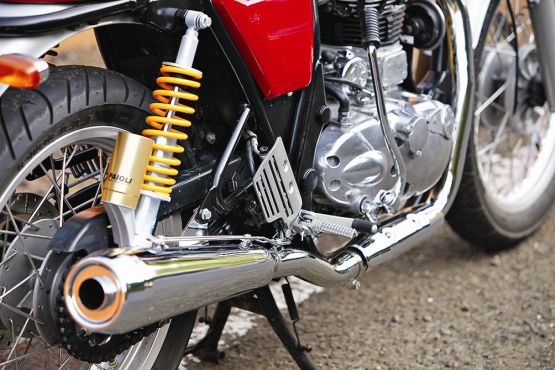 Look closely, and you notice the clip-on handlebars with bar-end mirrors. The integrated lock for the handlebars and the ignition, also seen on the new Thunderbird, is part of the package as well. The twin-pod instrument cluster, garnished with chrome rings, houses a vintage-looking analogue speedometer and tachometer, complete with the former also getting a tiny digital display. The seat too is trademark Café Racer and makes you crouch slightly to grab the bars. Royal Enfield also have an optional two-person seat on offer. 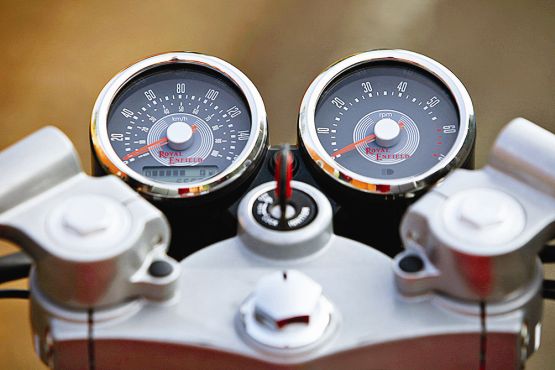 Then, of course, there’s the engine. The UCE in the Continental GT is the biggest and most powerful motor ever offered in Royal Enfield’s Indian line-up. The 535-cc near-square single puts out 29.1 PS at 5,100 revs, with a peak torque of 44 Nm coming in from 4,000 RPM. The five-speed transmission drives the chain on the right side, which has the job of sending all the power to the now fatter rear wheel. Not only are the numbers high for an Enfield, the way they arrive is equally credible, as was evident from our road test. 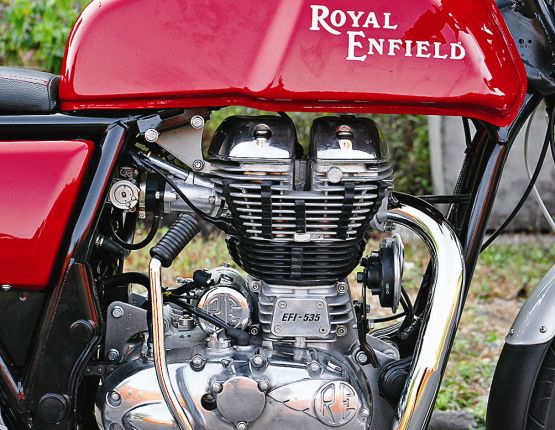