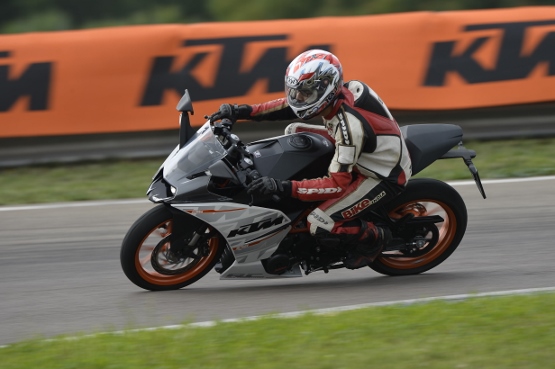 Around the circuit the RC shows its race-derived lineage shamelessly. (KTM say the bike’s dynamics have been distilled from the lessons learnt at Moto3 along with the ADAC Junior Cup where a proper race-spec RC 390, which is also considerably lighter, is used.) The bike picks up speed rather than charging down the shortish main straight, which is a great thing if you’re a newbie around race circuits since your mind doesn’t get overloaded. In fact, you just about get to 150 km/h before you arrive at the 100-m braking marker when you hit the brakes. The 300-mm dia single disc with four-piston radial callipers from Bybre work well with the Bosch ABS unit, standard on the 390, to shed speed. It’s not furious, but there’s enough bite and progression for novices to feel comfortable and settle into the hard braking routine that a track, any track, demands. They are ably complemented by the ample grip from the Metzeler M5 rubber that shod the RC 390’s 17-inch alloys. 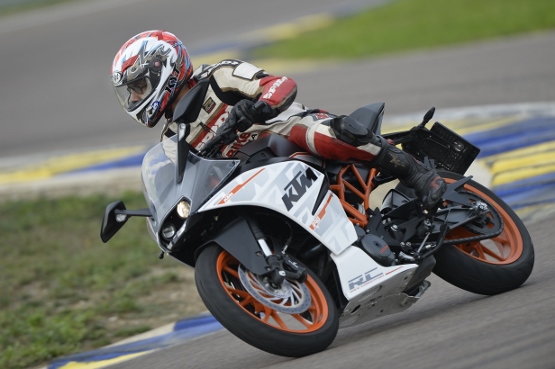 Tipping the bike into the tightening radius right-hander at the end of the main straight before you set it up for the left-right S that comes up after that it’s hard not to appreciate the bike’s superb agility. The 43-mm upside down WP front forks with their 125 mm of travel work in perfect collaboration with the WP monoshock and its 150 mm of travel and the cast aluminium swing-arm to provide the confidence to lean as hard as your brain allows. At the same time, the set-up felt pliant enough in the real world to soak up the few bumps and ruts we encountered on the Italian roads. Of course, in Indian conditions it might feel slightly stiff, but not nearly enough to take away from the pleasure. For sure we were still raring to chase ourselves around the circuit again when the last of the three 20-minute sessions around the Autodromo di Modena came to an end. Such is the nature of the bike.

The only question we left Italy with was how would KTM and Bajaj price this great motorcycle in India. While speculation was rife, we thought a sticker around Rs 2.5 lakh would not be unjust to ask. So, at Rs 2.36 lakh (on-road, Pune) the KTM RC 390 surely is the sports bike that India needs. 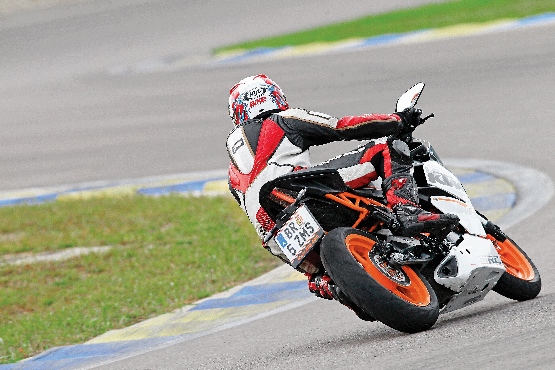