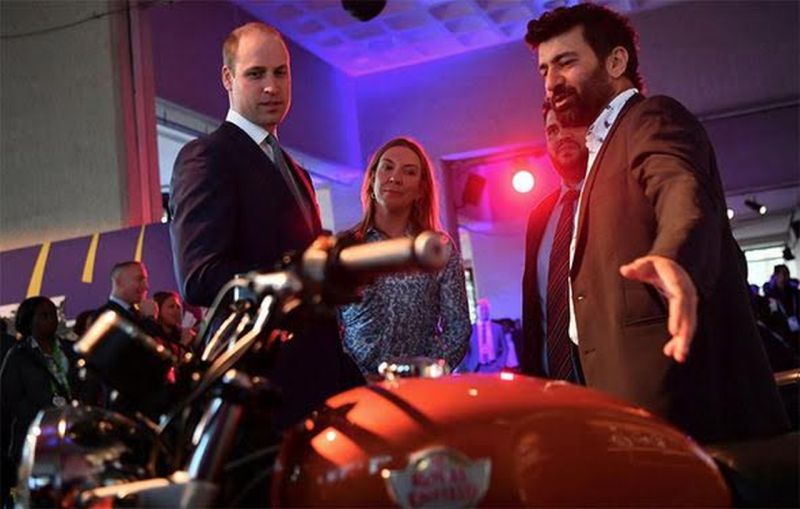 Royal Enfield garnered royal attention at the Commonwealth Heads of Government Meeting 2018. The royal in question was Prince William, Duke of Cambridge. He appears to have been smitten by the Interceptor 650 Twin that was on display.

Siddhartha Lal, CEO of Eicher Motors was present at the event and was seen engaging in deep conversation with the British Prince presumably about the stunning 650-cc parallel-twin from Royal Enfield’s stables. Since, its introduction at EICMA 2017, the Twins have incited interest among motorcycle enthusiasts across the globe. Later that month, we also got a chance to catch a glimpse of these new motorcycles at Rider Mania 2017.

The Interceptor 650 Twin is based on its legendary counterpart of yore while the Continental GT 650 Twin is a replacement for the recently-discontinued, 535-cc, Continental GT. Both motorcycles are powered by a 648-cc air-cooled, parallel-twin engine that makes 47.6 PS at 7,100 rpm and a peak torque of 52 Nm at 5,250 rpm. There is a lot of speculation regarding the motorcycles’ pricing. If priced aggressively, will the Twins topple the reigning neo-modern classics? We are likely to find out later this year.