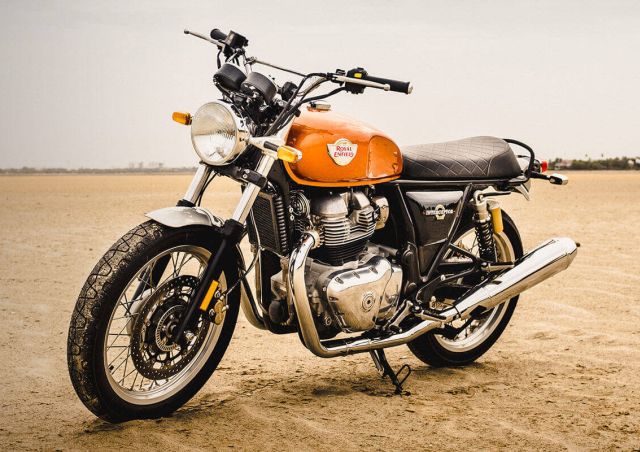 The retro-styled Royal Enfield 650 twin range has been launched globally with a starting price of $ 5,799 in the USA (Rs 4.2 lakh approx) and will be launched in India later in 2018. In the US, the price of Royal Enfield twins varies depending on the colour scheme you opt for. The standard version of the of the Royal Enfield Continental GT 650 has been priced at $ 5,999 (Rs 4.35 lakh approx), the basic Interceptor 650 costs $ 5,799, while the special Chrome 650 carries a sticker of $ 6,499. These are staggering prices considering the fact that they include three years warranty and roadside assistance in the US. This confirms that our Rs 3-3.5 lakh estimated price for India is right on target. The Royal Enfield Interceptor and Continental GT 650s will be made available in India by the end of 2018. 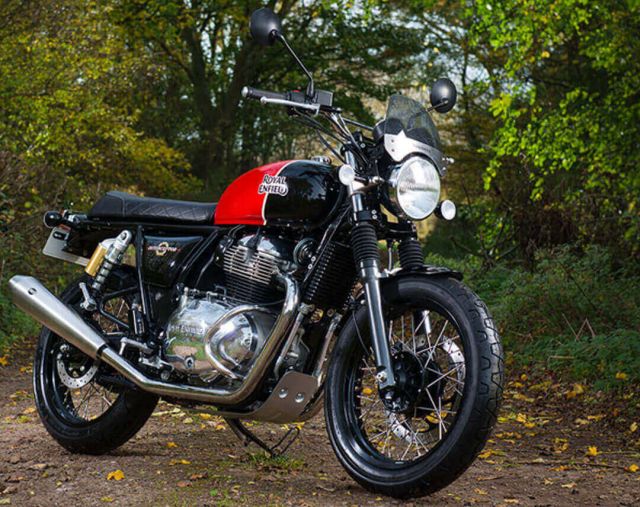 The company has resurrected the Interceptor model name, which has been part of Royal Enfield’s heritage. The iconic Interceptor was a popular model back in the 1960-70s and the 2018 Royal Enfield Interceptor 650 takes inspiration from the original model.

The 650 Interceptor has a more upright riding position, like a roadster which makes it more relaxed to ride. The old-school tear-drop shaped fuel tank, quilted seat and wide handlebar stay true to the roadster-style design and offer comfortable ergonomics. Keeping to the old-school theme, the Royal Enfield twins aren’t equipped with modern fully -digital displays but instead feature a twin-pod console with (analogue speedo and tacho) with a small in-built digital display that shows the odometer and trip info. 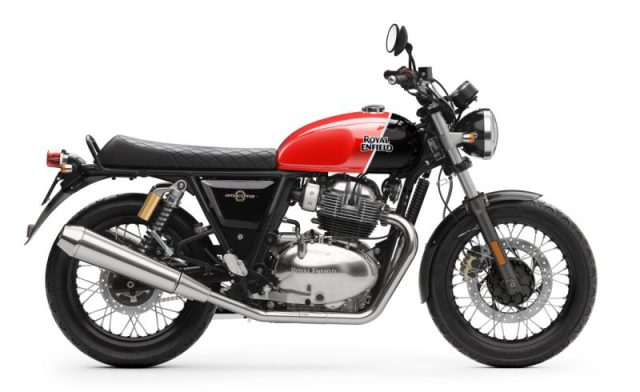 Strapped on to the new steel-tube cradle chassis is a new 648-cc SOHC, eight-valve, air-cooled parallel-twin which produces 47 PS and gets 52 Nm of torque at 5200 rpm. The twin comes mated to a six-speed gearbox which powers the rear wheel using a chain drive. This is also the first Royal Enfield equipped with a slipper clutch which will improve the clutch feel and will even out hard down-shifts without upsetting the bike. The company claims a fuel efficiency of 25.5 km/l for the 650 twin under international test conditions.

Both the models get 41 mm front forks and conventional gas charged rear shock absorbers adjustable for preload. The Interceptor 650 and Continental GT 650 get spoke-type wheels shod 18-inch Pirelli tyres (100/90 R18 front and 130/70 R18 rear). Anchoring is managed by large 320 mm single disc with Bybre calliper up front, while the rear gets a 240mm disc and a dual-channel ABS comes as standard. For everyday usability, the bike gets 174mm ground clearance and a seat height of 804 mm. The upswept exhaust and rear-set footrests give the motorcycle plenty of lean angle and appeal. We’ve heard the raspy exhaust note of the twin which is sure to impress Royal Enfield aficionados. 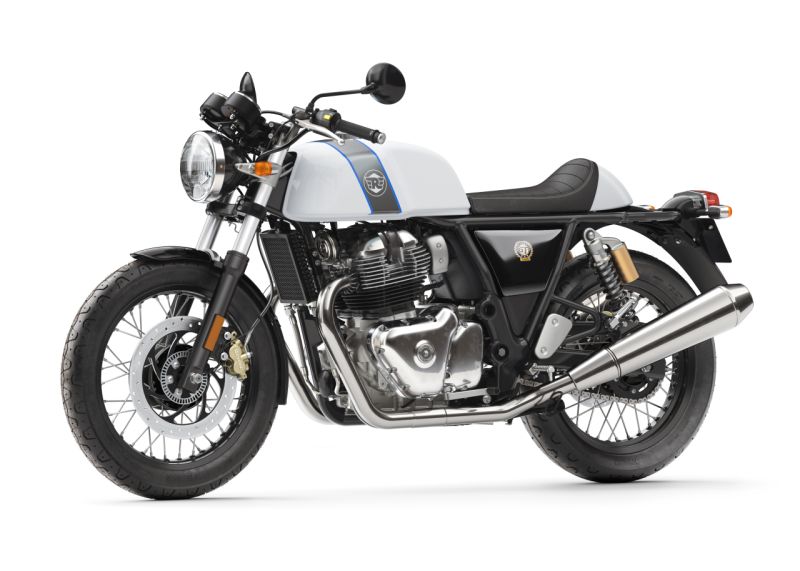 Along with the Interceptor 650, the Indian motorcycle maker also pulled the wraps off the Continental GT 650. Back in the Sixties the GT was one of the first factory-produced cafe racers and like the Interceptor, the bike has been part of the company’s rich heritage. The 2019 Royal Enfield Continental GT 650 retains its pure cafe racer character and adds to it modern engineering and design improvements. 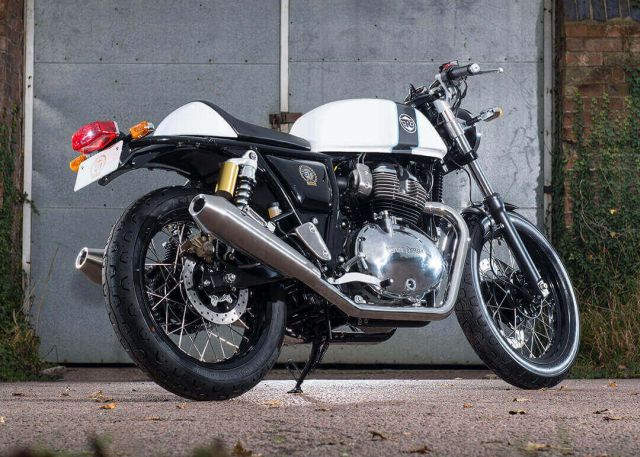 It shares its engine, chassis and running parts with the Royal Enfield Interceptor 650, but offers completely different ergonomics and style. The GT has a more committed riding position like an authentic cafe racer and has a more sculpted fuel tank with 12.5-litre capacity (the Interceptor gets a 13.7-litres tank), a single seat and clip on bars to complete the retro look. Like the Interceptor 650, the Continental GT 650 sports disc brakes front and rear, with ABS. At 789 mm the Continental GT 650 seat height is 15-mm lower than the slightly tallish Interceptor 650 and is also lighter with a kerb weight of 198 kg as compared to the Interceptor’s 202 kg. 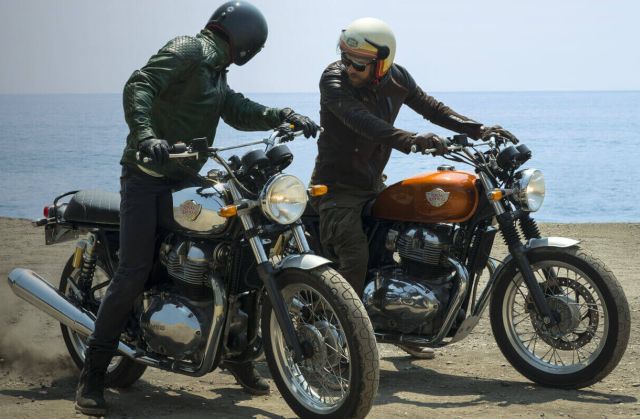 It’s likely that Royal Enfield will be making the Indian price announcement of the Interceptor 650 and Continental GT 650 at the 2018 Rider Mania to be held in Goa and we can’t wait to get our hands on the twins on Indian roads.