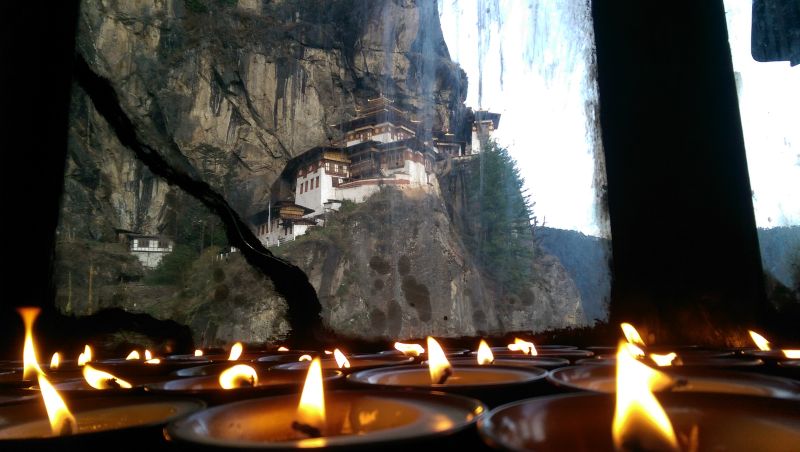 I read somewhere that life on two wheels frees you from the confines of urban life. It creates a type of vulnerability that breeds excitement. We couldn’t think of a better way to get out of the city and ride up to the mountains. In the next 24 hours the four of us would be heading out on an adventure in the mountains. 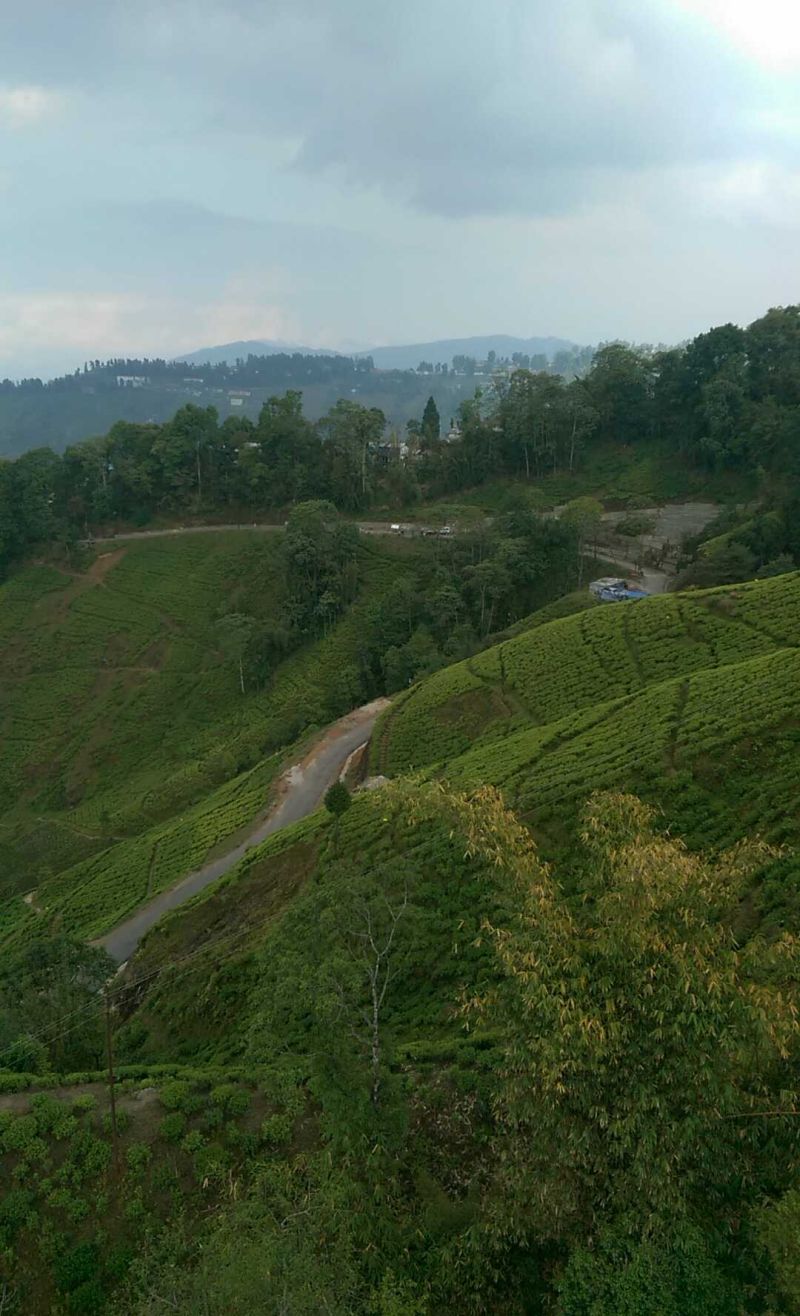 We started our ride from Siliguri at 7.00 am and headed towards Jaigaon on the Indian side, which is also called Phuentsholing on the Bhutan side. It was about 3.00 pm by the time we obtained the necessary permits, after which we had a quick lunch and began riding towards Paro. The weather was salubrious, and the roads were smooth and twisty, making cornering fun. Rain played spoilsport some time later, and we had to stop over at an Army canteen for some tea and black coffee. We were back on the road again, because Paro was another 130 km away. Because of the rain the temperatures dropped suddenly and there was a perceptible nip in the air. Finally, we arrived at a police check-post at Chapcha. The policemen there were surprised to see us in that weather. We finished our documentation and hit the road again. It was still drizzling, but the roads were wider than before and we decided to quicken the pace. We started riding one behind the other in a proper formation, cruising at 90 km/h in the ghat. After about 35 km we reached Paro. We checked in at the City Hotel located in the main marketplace of Paro. 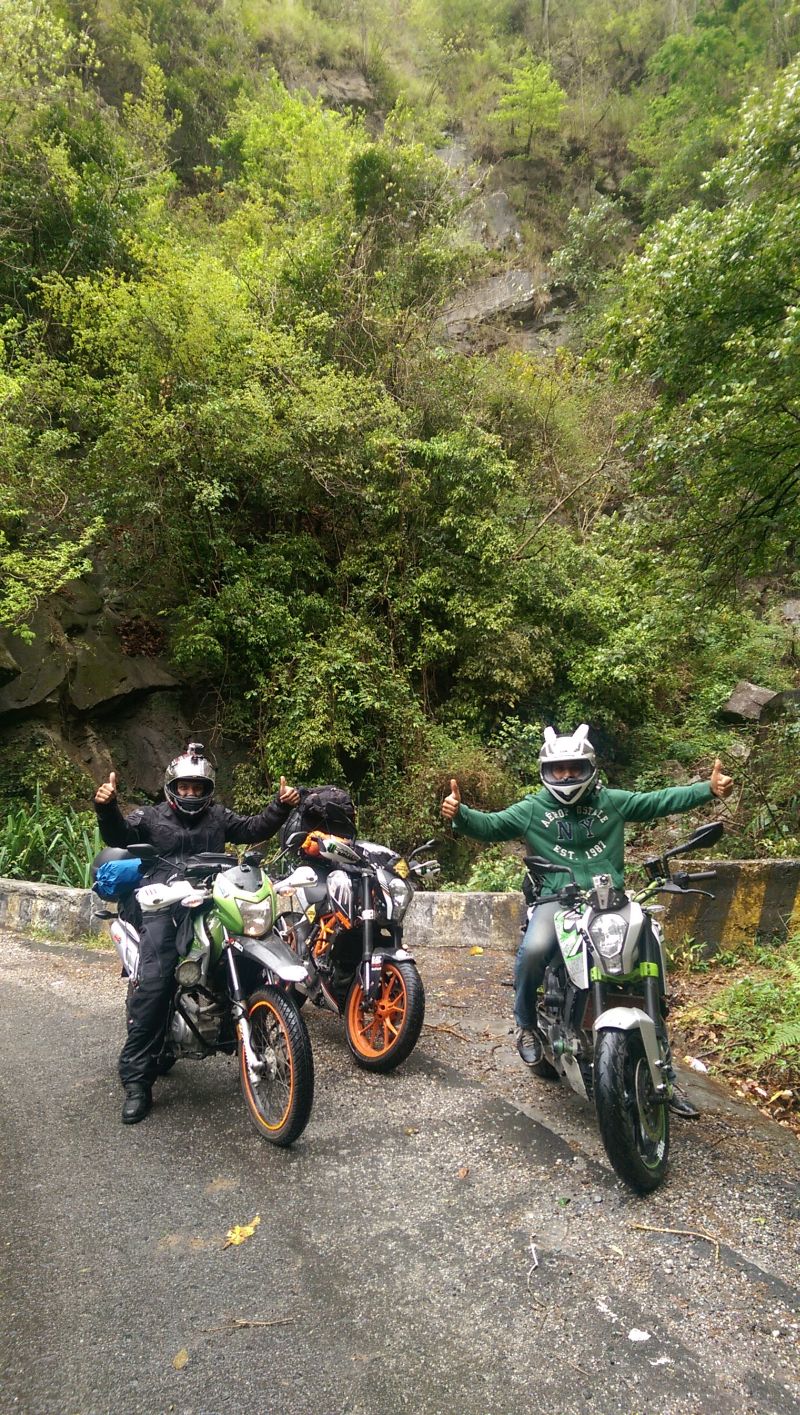 We woke up and glanced through the window of our room only to notice our balcony overlooking beautiful snow-peaked mountains. We got ready and left our hotel to visit a monastery. We rode for about 20 km before reaching the base of the monastery, and I was amazed by the beautiful surroundings. At the base of the monastery we had to park our motorcycles and complete the rest of the trek either on foot or on horseback. Two of us took the easy way up, but the other two, trekked for four hours to reach the top of the monastery. Finally, we were all up at the top of the most beautiful monastery in Bhutan: Taktsang. We stopped at a view-point, called the Tiger’s Nest, which is 3,000 feet above sea level. The view was something we will never forget in our lifetime. It was so beautiful that we spent a lot of time there without realising that we had a long trek back to where we had parked our bikes. We checked out from our hotel after breakfast, had our favourite coffee at Brioche and headed towards Thimphu, the capital city. Within a few minutes we were out of the city. Our MRF tyres offered nice grip on the tarmac. The entire route to Thimphu comprised a zigzag road (ghat) with some really good twisties. The local people here respect riders and always make way for them. As its was quite cold, approximately seven degrees Celsius. We soon reached Thimphu, where checked in at the Dragon Hotel, and headed out to explore the city.

We started from from the Dragon Hotel for Dochula in Bhutan for a ride and some sightseeing. The roads were like a cross-country track. We had lunch at a traditional Bhutanese restaurant, called The Village, on the highway. We then started heading back towards the India-Bhutan border. Once again we were caught in heavy rain, which soon turned into hailstorms. The hailstones were creating havoc, but we continued none the less since we had quite some distance to cover before the end of the day. We managed to cross the border by 5.00 pm, having ridden for 320 km in extreme weather conditions, and reached Malbazaar.