“Before we defined the concept of this bike, we made a lot of focus groups both with Monster customers and potential customers, because we knew it was important to collect as much information as possible. There is a niche of Monster owners who want a compact and simple bike, but the majority immediately like this concept because it’s more comfortable and can also offer more power and torque. 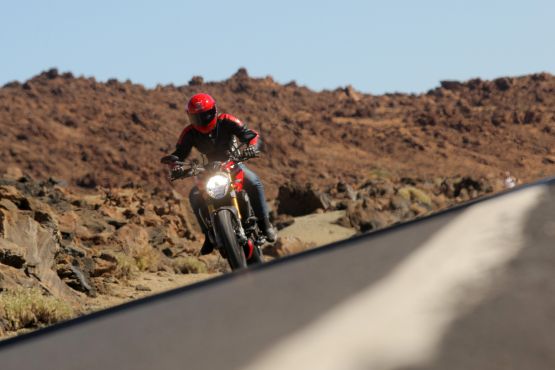 “We split the naked segment into sport nakeds and the really high powered bikes we call streetfighters. We decided to offer a Monster that’s not as sharp as a streetfighter, because then it is more a development of the old Monster. It seems that only a small niche of riders want a superbike without a fairing.

“Character was really important because the new engine had to be appreciated by the Monsteristi [Monster owners]. The target was not maximum power, but maximum torque — we asked the engineers for an engine with breathtaking torque! We want existing Monster riders to turn on the new engine and realise that it’s not a completely different world; just a big improvement. 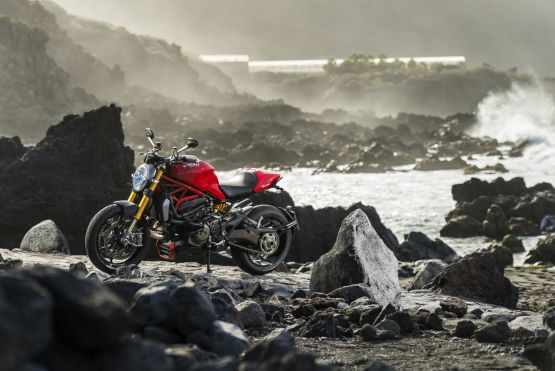 “It would have been easy to give the standard model the same power [145 PS] as the S, but the more powerful engine is included in what we call the performance package, with the Öhlins suspension and Panigale-derived brake system. This helps us differentiate the two models. The standard Monster is for riders coming from smaller bikes or who are new to Ducati; the S is for previous Monster owners and those who are used to high performance. This is the first time that we’ve offered this kind of performance package, and the feedback from dealers is very positive.”