But, finally, the two-valve motor’s time is up. Adopting the 1,198-cc Testastretta 11-degree unit allows Ducati to provide not only more power, but also improved efficiency, ride-by-wire throttle control, multiple engine modes and longer service intervals. The twin-spark V-twin is modified from Diavel and Multistrada guise with smaller, round (instead of oval) Mikuni throttle bodies and repositioned injectors that spray directly onto the rear of the inlet valves, instead of the colder inlet port wall. 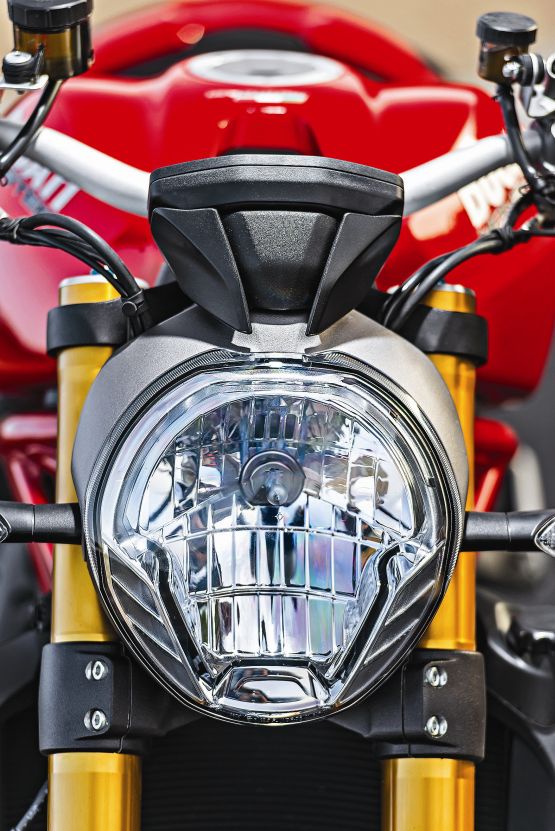 The Monster follows the Diavel by having three riding modes, accessible via the indicator button. ‘Sport’ gives the full 145 PS with sharp throttle response, ‘Touring’ softens delivery to the same maximum, and ‘Urban’ has a reduced 100-PS output and smoother still response. Rather curiously the standard 1200’s top two modes are detuned slightly to 135 PS (via different mapping), purely to help differentiate it from the more expensive S, which we rode on the launch.

The new engine is a stressed member of Ducati’s new chassis, which resembles a traditional trellis design but is more of a Panigale-style construction. The tubular steel front frame section, rear sub-frame and cantilever rear shock bolt direct to the powerplant, with the single-sided swing-arm pivoting directly in the crankcase. Torsional stiffness is roughly twice that of the heavier trellis frame. 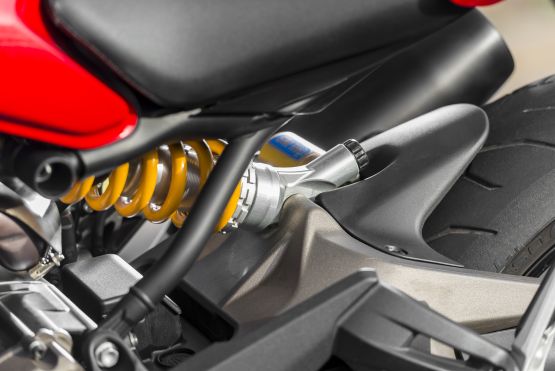 Most differences between standard and S models are in the chassis. The S comes with multi-adjustable Öhlins suspension at the front and rear, instead of Kayaba forks and Sachs shock. Both versions get Brembo Monobloc front callipers with ABS, but the higher spec model has Panigale-type M50 callipers and 330-mm discs, instead of M4.32 callipers and 320-mm rotors. The S also has cast-and-machined wheels, carbon-fibre front mudguard and black finished silencers.

One of Ducati’s main chassis targets was improved comfort. Both models share a one-piece handlebar that is 40 mm higher and a similar distance rearward for a more upright riding position. A longer wheelbase allows the seat to be longer as well as wider and more thickly padded. It’s also Ducati’s first height-adjustable seat, incorporating bungs that can be removed to reduce the standard 810 mm to a more manageable 785 mm. 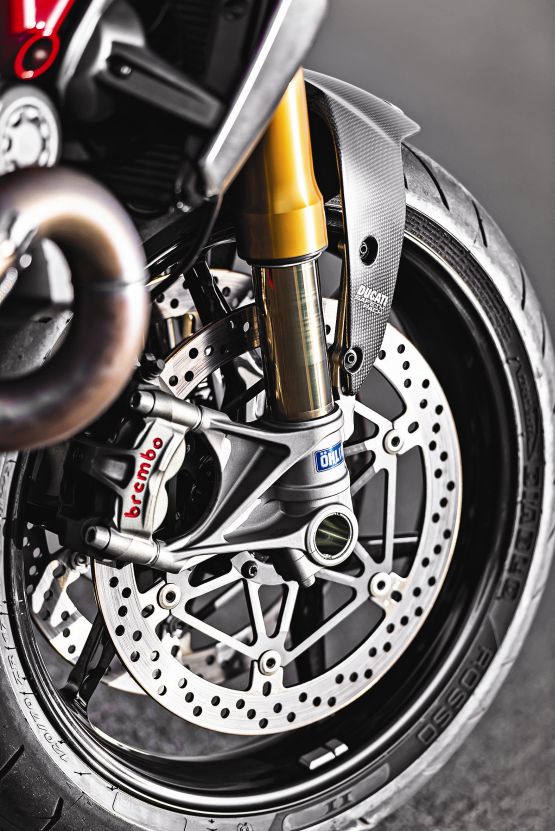 That will be welcomed by shorter riders but, at 209 kg with fuel (182 kg dry), the Monster seemed light and low enough to be manoeuvrable by most riders even on its higher setting. The new riding position is distinctly more relaxed. One of my most vivid memories of the 1100 EVO’s launch was finding that Monster’s sporty riding position and seat annoyingly uncomfortable in town, and the 1200 is distinctly better in both respects.