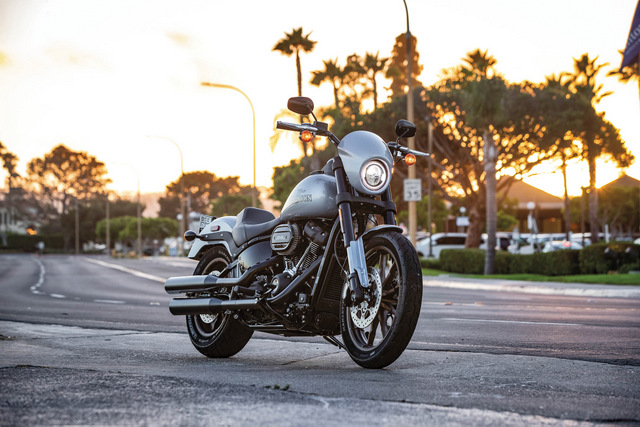 The tank features this dorsal fin-esque bit that houses the dials and while it may take a breath to get used to in an aesthetic sense, it works for me. I also like the Harley-Davidson branding etched in paint across the tank. Simple, bold, elegant, and old-school. No embossed, new-age, outlined bar-and-shield shenanigans for the Low Rider S.

Another really classy touch for me is the smoked housing for the LED tail-lamps; it sets the rear of the Low Rider S off rather fetchingly. In fact, the S is quite svelte and has that whole Harley rakish, bad-boy look working in its favour.

What doesn’t work for me are those brown wheels, which I would have liked in pretty much any other shade. The sharp 28-degree rake angle adds some poise to the bike’s stance, too, and, overall, I do quite enjoy the kerb presence the Low Rider S exudes. It looked completely at home in San Diego, California, where the press test ride was being conducted, no doubt about that.

The Low Rider S is keyless, like all big Harleys, so pop the fob in pocket, thumb the starter, and that big V-twin roars to life. This is the S version, of course, so the basic Milwaukee-Eight 107 just won’t do. No, this bike gets the more powerful 114 that churns out 93 horses at 5,020 revs and 155 Nm of earth-shaking torque at just 3,000 rpm. This is mated to a six-speed gearbox which transfers drive to the rear wheel via belt drive (as is only natural in an H-D bike). Suspension duties are performed by units from Showa: 43-mm upside-down forks up front and a coil-over monoshock unit tucked away under the seat and out of sight for the rear. Braking comes from 300-mm discs up front with four-piston calipers, and a 292-mm dual-piston set-up at the rear. ABS comes as standard. 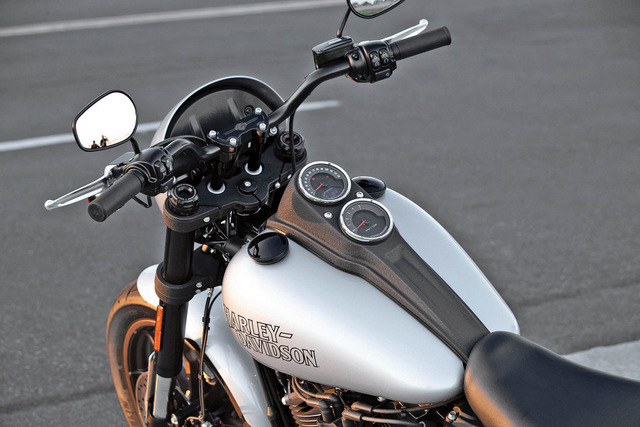