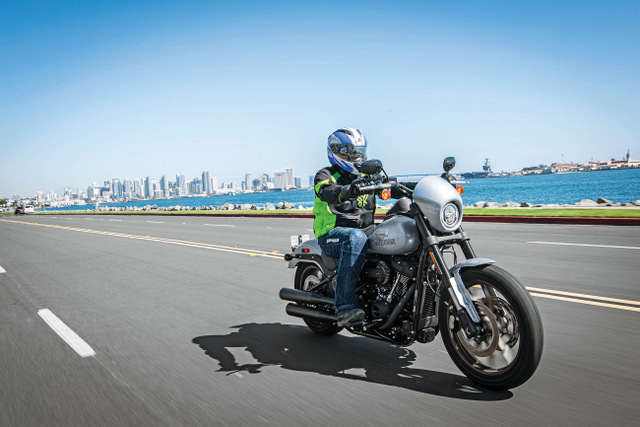 Harley-Davidson have created a Special version of their Low Rider model. They invited us to San Diego, California, to see what it was all about

It doesn’t take a motorcycle expert to know Harley-Davidson’s famous cruisers are born of full-blooded American two-wheeler culture. The brand doesn’t particularly shy away from its American lineage either. They are quite partial to using eagles and the Stars and Stripes motif sprinkled across their model range, in case you were ever in doubt. It shouldn’t come as a surprise, then, that when Harley were looking to create a more premium S model for their Low Rider Softail, they drew inspiration from the motherland, California in particular. From Easy Rider to Sons of Anarchy and Orange County Choppers, pop culture is riddled with examples of just how mad motorcycling is in the sunny West Coast state and the Low Rider S draws on certain elements of this sub-culture for its design.

If you thought this was a lazy effort wherein H-D took the standard Low Rider, chucked in a few small tweaks, taped together a few embellishments and slapped on a fatter price tag, think again. While the platform and the basic bodywork like the tank, fenders, and a few other bits are the same, there are a slew of new elements to set the S apart from its less fancy sibling.

The headlamp unit gets a minimalist cowl with a small fly-screen integrated into its design. The bars are flat and wide-ish and are mounted on four-inch risers in that true Cali style. The engine (more on that anon) and all the essential bits surrounding it, including those shotgun twin exhaust mufflers, have been blacked out rather than sporting the shiny chrome bling of the standard Low Rider. The wheels get a Le Mans inspired “matte dark bronze” — a dressed-up way of saying “brown” — finish and there are literally 50 shades of black on display. The cylinder-heads, exhaust tips, and all the other powertrain bits, are all finished in a matte black, the inside of the headlamp cowl is finished in a wrinkly plastic, the tank-mounted dials are surrounded in metal with an oxidized wrinkle finish, the sizeable air intake gets a glossy black finish, and the tank and fenders are finished in glossy black paint, too, unless you opt for the sharp silver option (which is what I picked for the ride). So, maybe, not literally 50 shades of black, but you get my drift — there is definitely a goth, teen-angst theme going on. 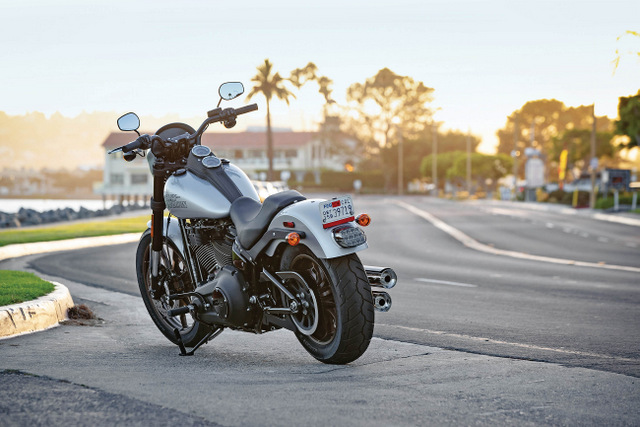