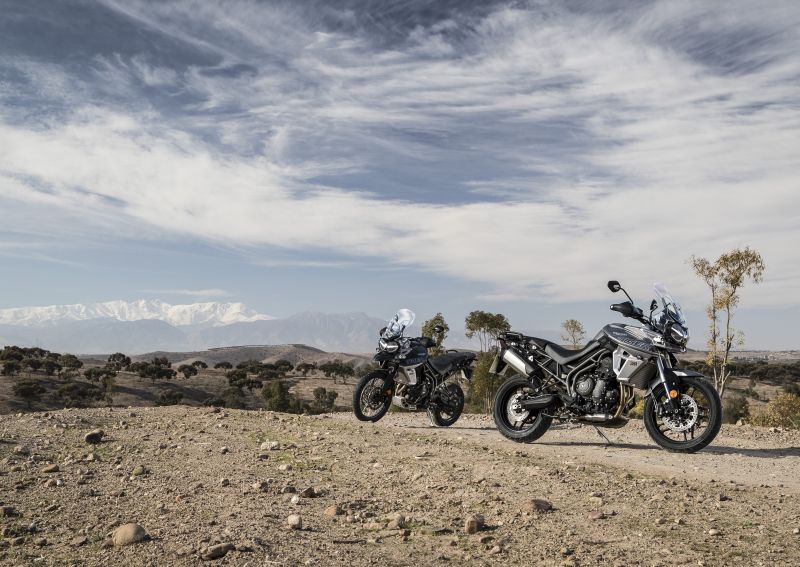 Triumph have carved a successful space for themselves in the mid-sized adventure-touring space with the Tiger 800 — a bike that, with its comfortable ergos, forgiving suspension and flexible three-cylinder engine, seemed like the perfect tool for those looking to cover long distances on our unpredictable Indian highways. Since its introduction to the Indian market in 2014, the Tiger 800 has been the go-to machine for motorcyclists looking for big-bike power in a sturdy, touring-inclined package and, with no competition in this niche, sales have flourished. 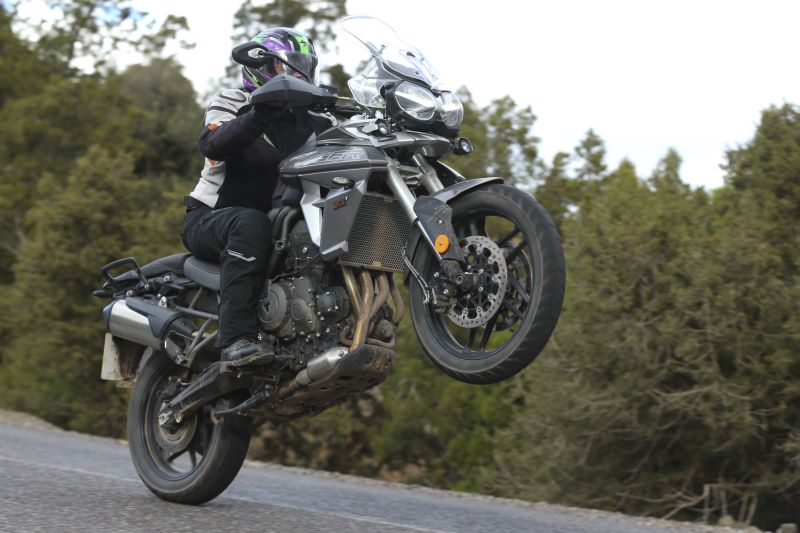 Last year saw the introduction of two new players in the segment: Ducati’s Multistrada 950 and Honda’s Africa Twin. These bikes offer better equipment levels, including comprehensive electronics packages, full TFT displays and off-road-specific riding modes, making the Tiger suddenly feel dated. The more recent launch of the BMW F 750 GS and F 850 GS has made it even more apparent that Triumph definitely needed to up their game to stay relevant in a suddenly crowded space, and the British marque has done just that with the introduction of the 2018 Tiger 800. We recently travelled to Morocco where I rode both versions of this new motorcycle — the road-biased XRt as well as off-road-friendly XCa — to bring you this report. 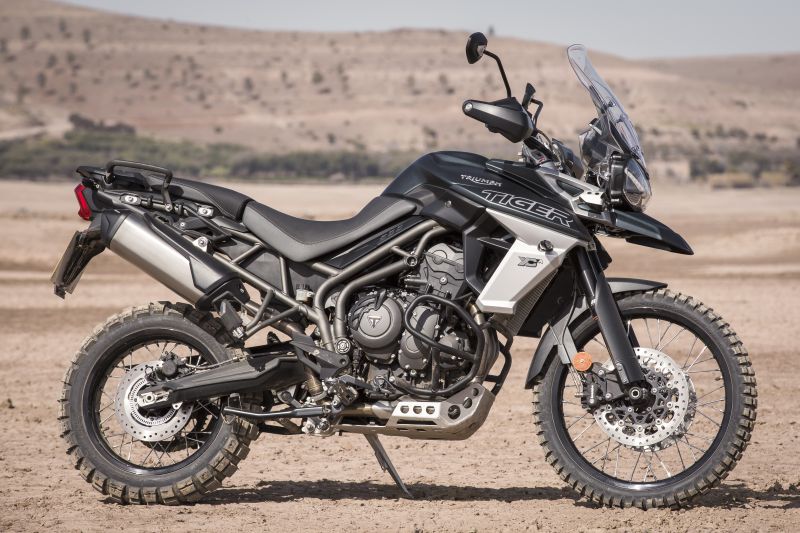 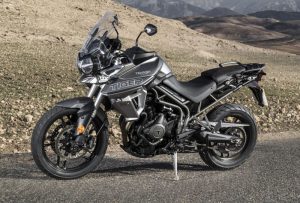 I wouldn’t call this an all-new motorcycle; after all, it shares its chassis and swingarm with the outgoing model, it continues to be powered by a liquid-cooled, 12-valve inline triple that displaces 800 cc, and it still sports the very recognisable Tiger silhouette. Triumph have done the smart thing by letting the Tiger retain its identity, while upgrading several areas to level the playing field with today’s competition. The twin headlights, though similar in layout to the older Tiger’s, are now full LED, more curvy than angular, and are garnished by a pair of LED DRLs that create a menacing, slant-eyed signature. Above the headlights is the new height-adjustable screen that can easily be set with one hand while on the move and is flanked by new aero deflectors to further reduce wind being directed towards the rider. The 19-litre fuel tank leads down to new side panels, while the tail section is devoid of any plastic bits, leaving the tubular subframe exposed and retaining the tough, no-nonsense look of the old Tiger. One of the important new bits is the upswept exhaust, which is now freer-flowing, lighter and smaller than before, and I am happy to report that it makes a strong, gruff sounding note, while the characteristic, high-pitched Triumph triple whistle has been greatly reduced. 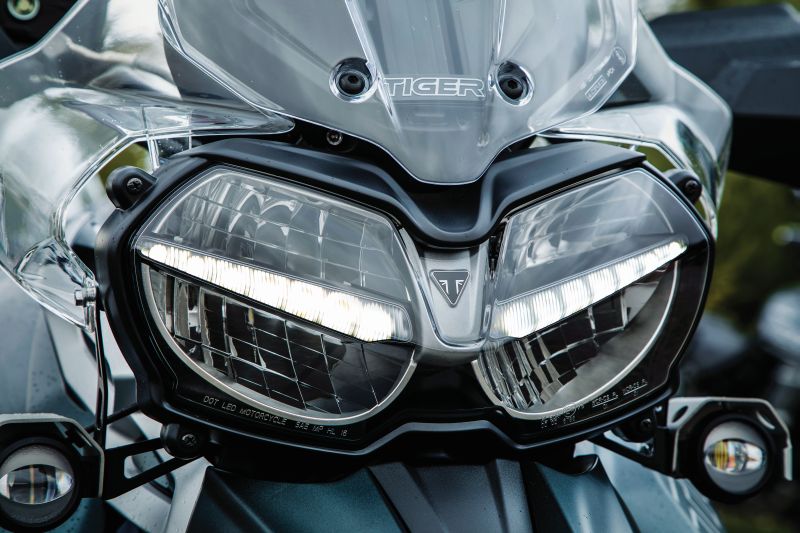 Triumph claim that there are over 200 changes to differentiate this bike from its predecessor; however, all of them are not visible. The important ones within the engine and drivetrain include a new crankshaft, new clutch, and reduced backlash between the gears to smoothen throttle response. We also get a shorter first gear to aid acceleration and improve tractability when crawling through challenging terrain, eliminating the need to feather the clutch to prevent stalling. Another new bit is the seat, which Triumph have reworked with new foam compounds; it takes the rider’s form while still providing great support without sagging, and I can attest to the fact that it is supremely comfortable, even after hours in the saddle. The handlebar has also been moved 10 millimetres closer to the rider, so smaller riders won’t find themselves having to reach forward to the controls.