This got me wondering what the off-road-biased XCa’s even longer-travel suspension was capable of; a fully adjustable 43-mm WP upside-down fork with 220 mm of travel does duty at the front, while a WP shock with preload and rebound damping adjustments and 215 mm of travel does duty at the rear. These units, in conjunction with the massive 21-inch front wheel, raise the seat height of the XCa by 30 mm, making it adjustable to either 840 or 860 mm. The XCa also comes with tougher Bridgestone Battlewing tyres that are better-suited than the Metzelers to the bike’s dual-purpose nature, and for the serious off-roader who plans to see as little tarmac as possible, Triumph recommend the knobby Pirelli Scorpion Rally tyres to take on harsh terrain. 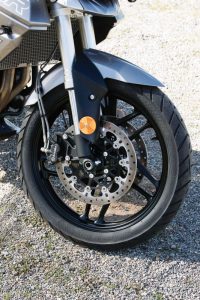 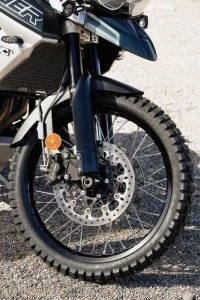 I did spend some time aboard an XCa shod with the Bridgestones during the on-road part of our ride, and although I could barely tip-toe from the 840-mm-high seat, I got comfortable with the higher perch in a few minutes. The ride quality was even more plush than that of the XRt that I had been riding all morning, and I was soon flying over several small bumps that I saw but never felt. Push the XCa into a corner and it is slower to steer than its road-going cousin due to the longer-travel suspension and the taller front wheel, but an experienced rider will be able to adapt this into his riding style.

Both the XRt and the XCa sport Brembo front and Nissin rear brakes, which do a great job of shedding speed; however, the front brake lacks a sharp initial bite, although braking power builds strongly after the initial squeeze and the bike sheds speed efficiently and without fuss. The strong bite was missed while riding on well-surfaced tarmac, although on broken or gravelly surfaces the progressive nature of the brakes made more sense. 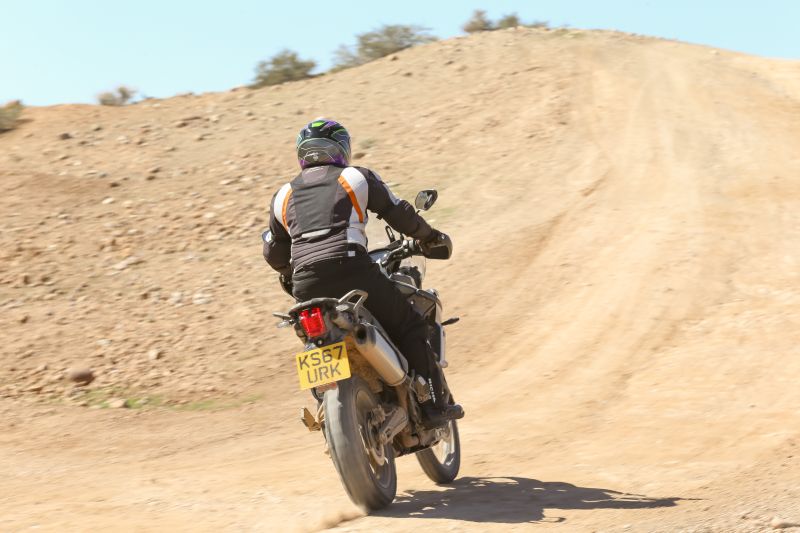 After a day spent on a variety of surfaces, from sticky tarmac to broken roads and gravelly trails, it was now time to go off-road! Day two was spent riding up and down dunes and across dry river-beds on the Triumph Tiger XCa, shod with the aggressive Pirelli knobbies. Not being an avid off-roader, and barely able to reach the ground, I started out cautiously, but with some guidance from the highly experienced lead rider I soon built up the confidence to switch into the XCa’s Off-road Pro mode, overriding the safety net of traction control and ABS. I was amazed by the amount of grip afforded by the tyres, even in loose sand or gravel, and, with some practice, was soon riding hard up steep dunes with the rear wheel spinning away. The Tiger handles this terrain surprising well for a motorcycle weighing well over 200 kilograms wet, and changes in surface, sudden dips and crests and just about anything else did little to unsettle it when on the move; Indian roads shouldn’t be much of a challenge! 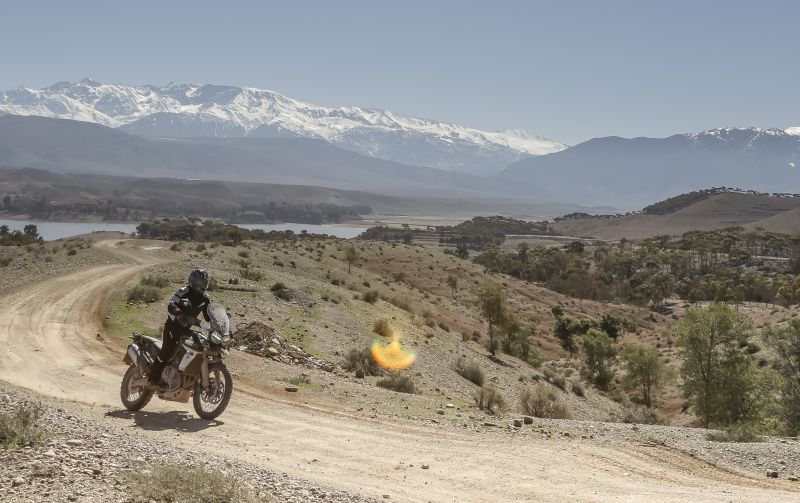 Two days in the mountains with the Tiger twins and I am convinced that Triumph have executed a massive improvement on the outgoing Tiger. The new bike feels up-to-date, smoother and sharper, is endowed with a modern electronics suite and that superb TFT rider interface, while retaining the top-notch build quality that we have come to expect from Triumph. This 2018 bike is ready to pick up where the old Tiger left off and take on the many challengers in the mid-size adventure-touring segment. 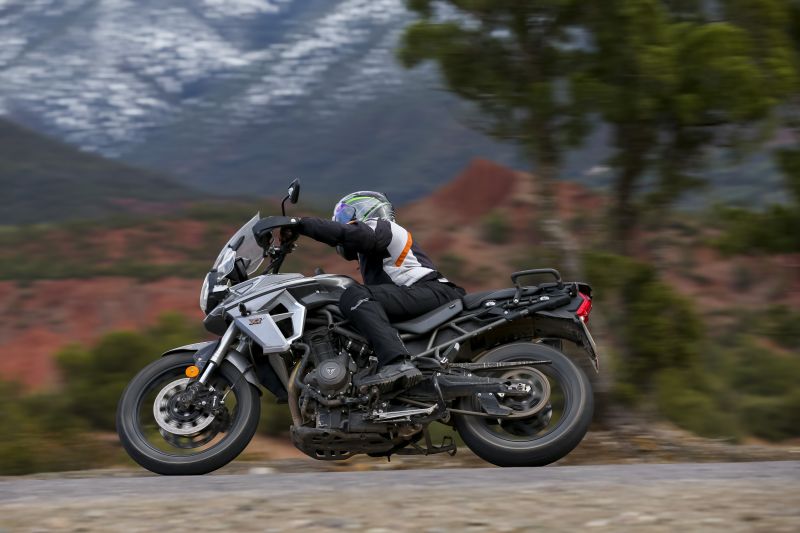