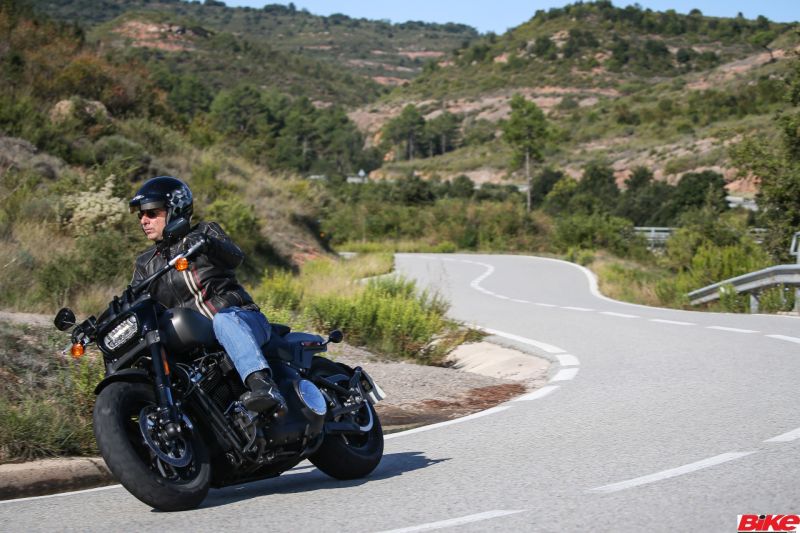 ‘Engines and chassis are revamped across the new, eight-model family, which merges the old Softail and Dyna ranges in what Harley call the biggest new bike development project in their 115-year history.’ We rode the whole range in Spain.
Story: Roland Brown
Photography: Enrico Schiali, Stefano Gadda, Lyonel Beylot, and Ula Serra

“The Fat Bob is our zombie apocalypse escape vehicle,” Harley’s product planning chief had said when introducing the revamped, brutally styled V-twin during the morning’s press conference. “It doesn’t go over things, it goes through things.”

That’s one claim that I hadn’t planned to test on our ride through the hills north of Barcelona, but a large and presumably stray dog had other ideas. Barely 10 minutes into the ride, it suddenly leapt across the road and towards the bike as our convoy of Softails trundled through a sleepy Spanish village. 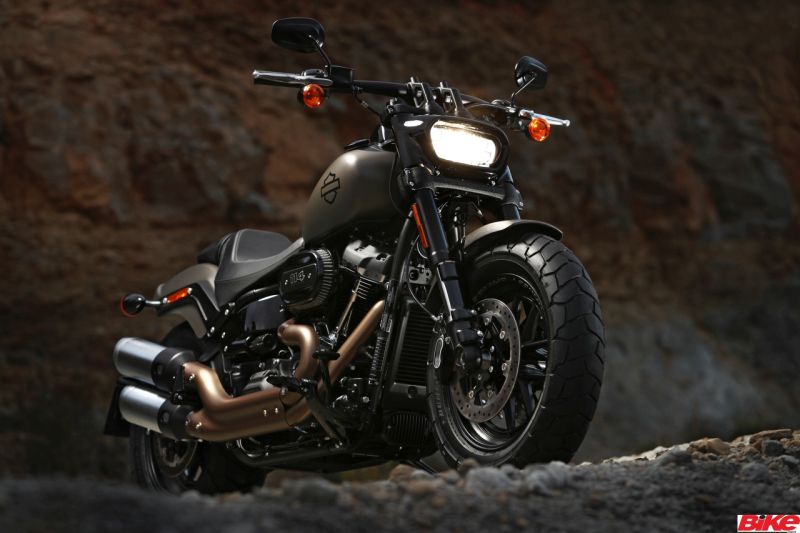 Thankfully, the Fat Bob backs up its striking new look with reduced weight plus improved brakes and suspension. I slowed sharply, swerved and narrowly avoided the dog, then watched in my mirror as the following riders stopped and managed to get past without being mauled.

Harley will be hoping that most reactions to the Fat Bob’s appearance are less hostile, but this bike and the others in the Softail range have been designed to make an impact. Engines and chassis are revamped across the new, eight-model family, which merges the old Softail and Dyna ranges in what Harley call the biggest new bike development project in its 115-year history. 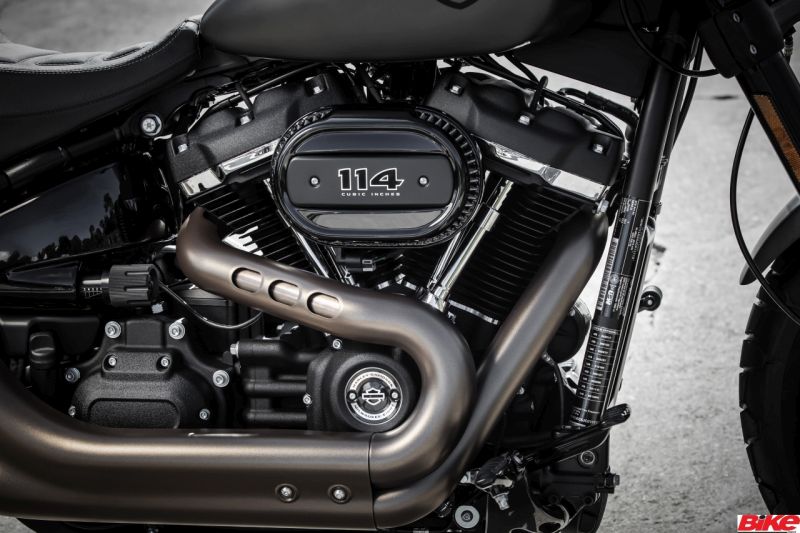 All eight get new chassis incorporating lighter, notably stiffer steel frames and swingarms and the more powerful and sophisticated Milwaukee-Eight engine, a modified version of the eight-valve V-twin introduced with last year’s touring family. They also get new suspension including dual-bending valve forks (as on the Touring models) and a diagonally mounted rear shock, plus styling and detail mods including distinct LED lights for each model.

It’s the Fat Bob’s new, rectangular headlight that does most to give the bike its American pit-bull look and differentiate it from its predecessor, whose twin-spot face dated back to the model’s introduction in 2008. The Fat Bob, named after its broad gas tank and bobber style; not Willie G Davidson’s chubby uncle, has always been a belligerent streetfighter with drag bars and edgy style.

Its new chassis contributes to the sporty look by being the only one of the family with steeper, 28-degree rake instead of the 30 degrees of most models (and the Breakout’s 34 degrees). It also has a front end featuring upside-down forks and twin discs with four-pot calipers, while its 16-inch cast wheels wear chunky-treaded tyres in 150 front, 180 rear widths.

The Fat Bob is among the Softails that get the option of Harley’s larger Milwaukee-Eight 114 engine in most markets, alongside the regular 107 unit (only option in India), the larger bore increasing capacity from 1,745 to 1,868 cc and boosting torque throughout the rev range. The new bike keeps the model’s drag bars, relatively tall seat and forward-set foot-rests, which, combined with the tank-mounted instrument panel and resultantly clean handlebar area, give a racy, snub-nosed look and feel.

The launch bikes had the 114 engine which comes with distinctive “ventilator intake” air-filter, and the Fat Bob’s straight-line response is also boosted by the new bike being a handy 15 kg lighter than its predecessor. It certainly leapt forward urgently, pulling crisply off idle when I let out the clutch, and picking up the pace with effortless mid-range grunt while I gripped the wide drag bar with increasing force as the speed increased. 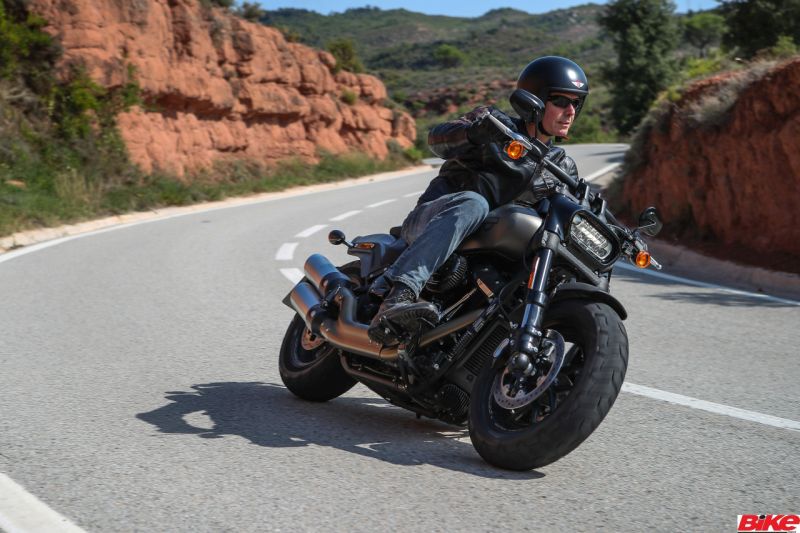