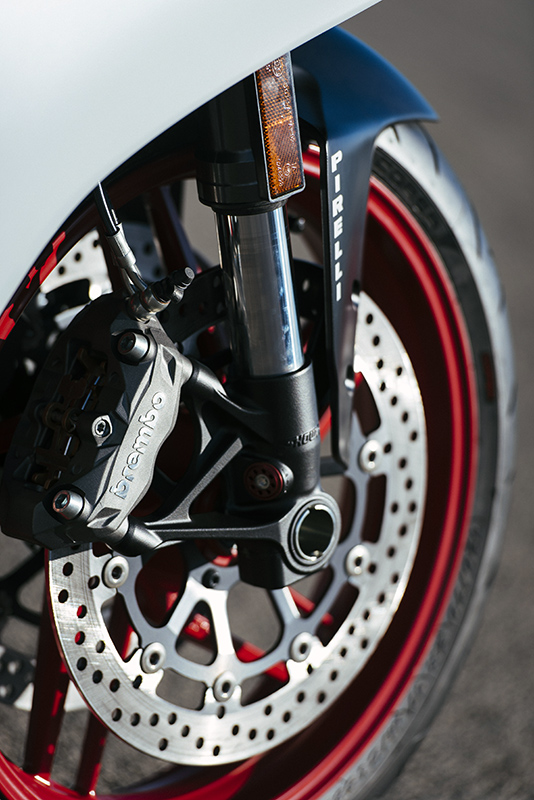 Handling was also well up to scratch, at least after that extra turn of shock preload had raised the ride height and cured the initial tendency to under-steer. Normal sized riders probably won’t have that problem (though the slightly shorter rider who shared my bike also preferred the steeper setting), and all will benefit from the suspension’s excellent damping control.

Once it was better set up for my weight, the Panigale cranked into turns with impressive ease and precision, its stability under braking helped by an extra click of compression damping on the Showa units’ easily accessible fork-top adjusters. It was also very stable, occasionally twitching slightly when I ran over one of the circuit’s colourful and wide kerbs but always recovering its poise very quickly with the aid of the Sachs steering damper. Despite that seven-kilo weight increase over the 899 it still felt light and manoeuvrable, making the circuit’s downhill, late-apex final left-hander seem much less difficult than it has on many other bikes.

That’s ultimately what I’ll remember most about riding the Panigale at Valencia: how it made even the day’s last laps seem so effortless. Like its 899 predecessor it can’t approach the lighter and much more powerful 1299’s raw, racer-like feel; or, I would guess, its lap times. But the 959 will doubtless still prove quick on track, for a broad range of riders, and, equally importantly, it looks like continuing its predecessor’s tradition by making an outstanding road-going superbike too.

Its added engine flexibility, improved traction, added slipper clutch and sharper bodywork make the 959 a worthy successor to the 899, even if the requirements of Euro 4 mean that much of the Ducati’s engineers’ work goes largely unnoticed. As with the 899 its quality of finish and detailing is outstanding, its riding position reasonably roomy by super-sport standards; its 17-litre tank good for over 250 road kilometres; its service intervals a wallet-friendly 24,000 km.

The 959 is far from cheap for a “middleweight”, but in most respects this is one seriously high-end motorcycle. Provided you remember that despite its shark-like looks and 150-plus horsepower output this Panigale is Ducati’s rider-friendly, entry-level hyper-sport model, and not a lightly disguised guided missile like its crazy big brother, you won’t go far wrong with it. 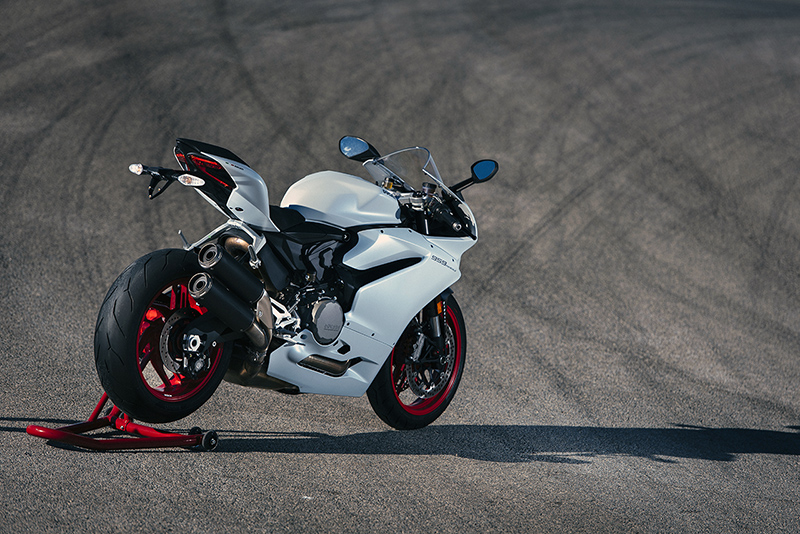