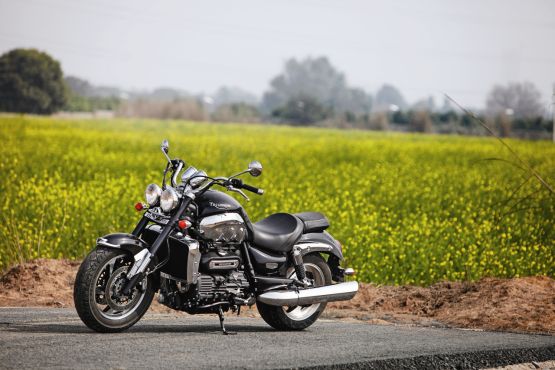 That’s how it’s likely to be perceived not just by other bikes, but a few small hatchback cars as well. We made a valiant attempt to tame this hulking beast on the busy roads of Gurgaon recently.

The British are known for making some of the best motorcycles in the world. The traits typical of British motorcycle include excellent handling, superb agility and light weight. So what were Triumph thinking when they decided to build the Rocket III? It is a motorcycle which, at least by the look of it, seems like a complete opposite of what the company usually does. I first encountered this mammoth beast in Pune and, frankly, I was intimidated by its sheer presence. That was about five years ago and today I am once again face to face with this monster of a motorcycle, one major difference being that this time I am going to try to tame it.

At first sight many people are likely to be intimidated by the sheer size of the Rocket III, just as I was five years ago, but there is more to it than your eyes can see. The design, for example, has a very British feel to it. You can see the crudeness, yet, at the same time, you also notice the strong muscular character that comes from the massive inline-three 2.3-litre motor, which is the centrepiece of the whole design; so much so that the rest of the bike seems to be put together around it. Elements such as the bulbous fuel-tank, bug-eyed twin headlamps, wide handlebars, comfortable saddle, massive airbox, twin-pod instrument console and the three chrome exhaust pipes jutting out of the three cylinders give the Rocket III a very distinctive identity. Personally, I think the Rocket III looks like what Wayne Rooney would look like after being exposed to gamma rays. Anyway, the whole point of the Rocket III, according to me, is to intimidate people and it scores all the points for doing that.

The Rocket III is probably the highest capacity production motorcycle in the world made by a mainstream company. So everything about it is big and this big feel stayed with me right from the moment I saw the bike until the next few days. Riding this mammoth motorcycle is no easy task because you are constantly reminded of its 367 kilos of weight, which, honestly, is just too much for something with only two wheels. However, it is one of those bikes that grow on you with time. 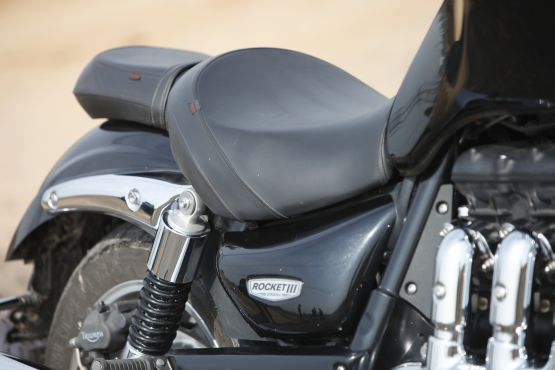