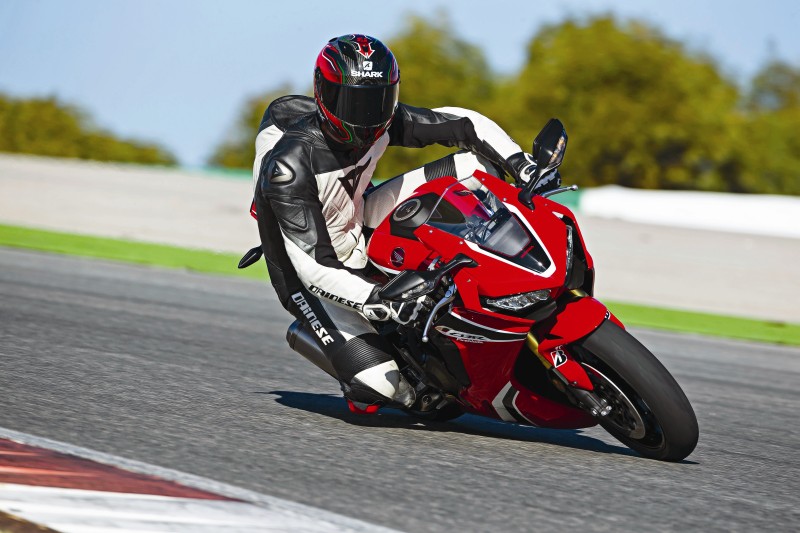 It’s not surprising that Honda have made a huge effort with this first significant redesign of the Fireblade for almost a decade. The motorcycle has remained respectably popular in recent years despite barely changing as high-performance motorcycling was revolutionised around it. We rode this 2017 upgrade at Portimão in the august company of Fast Freddie Spencer and John McGuinness.

My first-turn outbraking manoeuvre didn’t go according to plan, but it highlighted the new Fireblade’s ability — and it sure was a thrill. Storming down Portimão’s start-finish straight in the first session, I’d just experienced the familiar rush I recalled from riding other super-fast bikes here, as the Honda hit the crest and lifted its front wheel in fifth gear despite my efforts to pull my weight forward over its tank.

Several seconds later, my head behind the bubble at about 270 km/h in top, I pulled out to outbrake a group of slower riders into the first turn, then got a shock as I realised that the lead bloke, obviously showing a couple of Portimão novices the lines, was none other than Fast Freddie Spencer. There’s no way I was outbraking my all-time motorcycling hero here, so I flicked the Fireblade into the ample gap behind him, and took the third-gear right-hander with a surreal, close-up view of that famous red, white and blue helmet and matching leathers.

The fact that not only Spencer but also John McGuinness and several other factory riders were in Portugal for its launch was an indication of just how important this new-generation Fireblade is to Honda. And the way the comprehensively revamped ‘Blade dealt so nonchalantly with my late change of mind and direction, staying pin-sharp and utterly unruffled into that first turn, said plenty about the agility and controllability of this long-awaited update to the famous line.

It’s not surprising that Honda have made a huge effort with this first significant redesign of the Fireblade for almost a decade. The firm has sold more than 470,000 units since the original, CBR900RR FireBlade, was launched in 1992, redefining super-sports motorcycling with its emphasis on compact size and agility as much as horsepower and speed. The Fireblade has even remained respectably popular in recent years, despite barely changing as high-performance motorcycling was revolutionised around it. 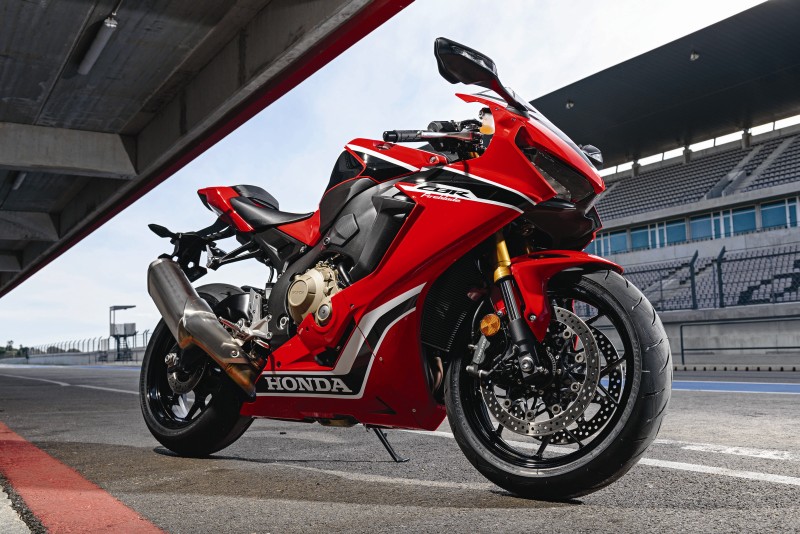 Now, with one giant leap, the Fireblade is reinvented for 2017, with more power, less weight and a high-tech electronics package at last. Or arguably with two or even three simultaneous leaps, because alongside the standard CBR1000RR Fireblade are a higher-specification, semi-active-suspension-equipped CBR1000RR SP, plus an exotic SP2 model intended primarily for racing.