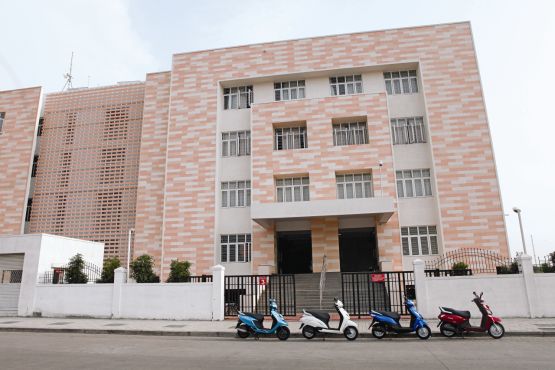 The Activa 3G, as the name indicates, is the third generation of the Activa lineage here in India. Look at it from afar, though, and you wouldn’t be able to tell it apart from its immediate predecessor, the Activa DLX. In essence, what Honda have done is updated the visuals of the bike with reworked headlights and tail-lamps, and embossing of the bike’s branding in an effort to make the name pop. Subtle changes have also been made to the air-vents across the body panel, but blink and you’ll miss them. The Activa 3G is still understated when compared visually to its competitors. Honda’s insistence on sticking to the same design philosophy runs the risk of the new Activa 3G getting lost in the crowd, particularly considering the number of older Activas found on streets already. Build quality has always been a hallmark of the Honda stable, and the use of strong, high-quality material for the body-panels on the 3G is a definite continuation along this path. Sit astride the Activa 3G and you’ll find that legroom is ample, as usual, and the seat is quite comfortable too.

The 3G brings Honda’s legendary engine refinement to the fore though, which, coupled with their trademark HET (Honda Eco Technology), means the bike is the second-most frugal with an overall efficiency figure of 53.5 km/l. This from a 109-cc power-mill producing eight PS and 8.8 Nm. The frugality comes at a price, though, as the Activa is second-from-last in the performance standings with a top speed of 89 km/h and 0-60 km/h time of 10.8 s. Being one of the heavier scooters of the lot, and the only one sporting a spring-loaded link front suspension rather than the more modern telescopic arrangement means handling suffers by comparison, as the Activa isn’t as easy to tip into the corner. It is quite stable when going in a straight line, though, and the inclusion of another Honda trademark, the Combi Brake System (CBS), means the Activa’s stopping power is the best of the lot with a 2.62 s time from 60 to 0 km/h.

The Activa 3G is priced at an economical Rs 55,641 (OTR, Pune), although this doesn’t include accessories. This brings me to one aspect of the Activa that is quite an annoyance. Scooters are all about convenience, and Honda not offering a side-stand as standard but as part of the add-on accessories bouquet (as a result of which our media bike didn’t have one either) is rather inconvenient.