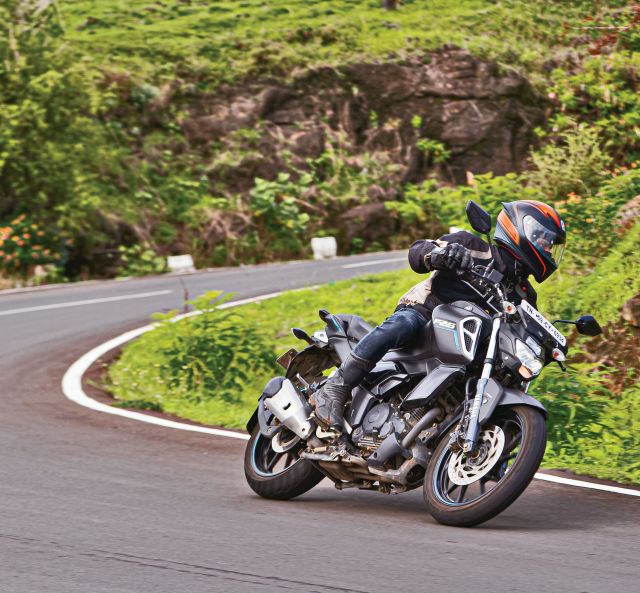 We usually get a fresh set of tyres to test and report on, but in an unusual move, TVS Eurogrip sent us not just fresh rubber but also a new Yamaha FZ-S for our long-term test. The bike has been with us since December last year and here I am writing my six-month test report. As of now, the bike has clocked 4,740 kilometres on varying terrain, including well-paved highways and pothole-ridden city roads. Doing duty at the front is a tubeless 100/80-17 TVS ATT 230F tyre while the rear one is a 140/60 R17 Protorq Sport SR. Here is how they have fared over the aforementioned period. 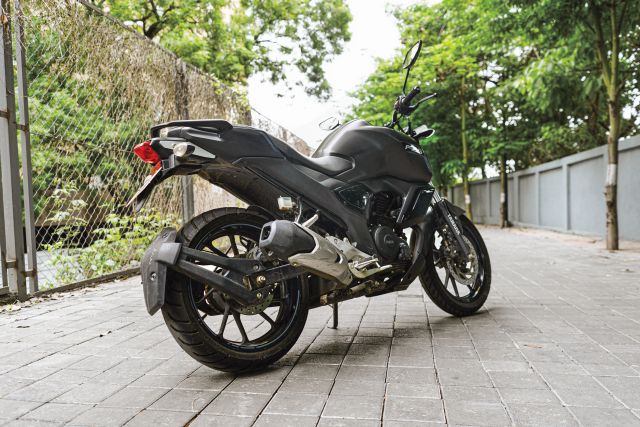 As mentioned in our last review, the tyres have been doing a great job and they perfectly complement this motorcycle with the levels of grip that they offer. I have now been able to use them in different seasons and over varied terrain to get some better feedback. To me, an important aspect of a tyre is how it responds under hard braking. The Yamaha comes with ABS on the front wheel only and the front tyre does a good job of keeping the bike stable under braking on wet or dry surfaces. I have a tendency to depend more on the front brake and the tyres have been offering reassuring grip even in situations where the front brake needs to be applied suddenly to avoid a possible mishap.

With no safety net of ABS on the rear wheel (nor the convenience of a slipper clutch), the rear tyre sometimes tends to lock up when slamming down a gear or the rear brake in case of an emergency. On the highway, the tyres do the job of keeping the motorcycle stable when it is at its top speed. Obviously, I can’t blame the tyre compound for this but it’s an aspect to keep in mind while riding a bike sporting single-channel ABS. 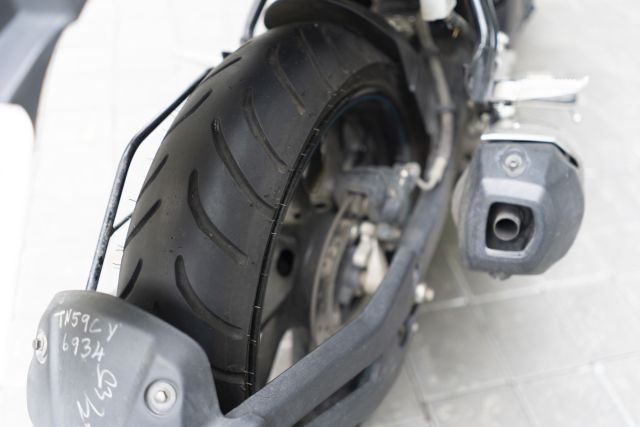 During relaxed weekends, I also like to take the FZ-S to the outskirts of Pune, riding on the zigzag hilly roads. This gives me an opportunity to see how the tyres perform around a set of fast corners. The results have been impressive. The tyres inspire a lot of confidence when charging into a corner and also for a quick change of direction. And to get the best traction from them in the wet around a corner, I just have to be gentle with the throttle input. Under ideal conditions, the tyres keep the bike planted through a corner and allow the FZ-S to be ridden hard and fast without any scare of the tyres slipping or losing traction.

Another thing that is clear after looking at the grooves in the tyres is their longevity. Even after 4,740 km, the tyres hardly show any signs of wear, thus indicating that they will go on for a long period without requiring replacement. These tyres are specifically made for street use but riding the motorcycle over occasional off-road sections proved that they are also able to tackle some dirt and gravel with relative poise. What’s most impressive is that the tyres haven’t grabbed a nail or got punctured yet. 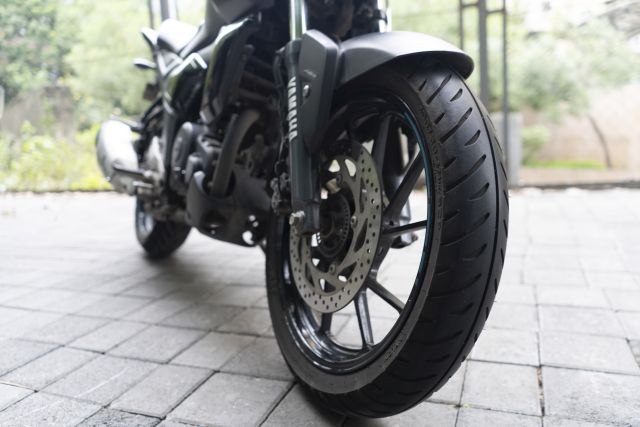 Overall, the TVS tyres have been pretty impressive and a good companion for everyday commuting and the occasional weekend run.