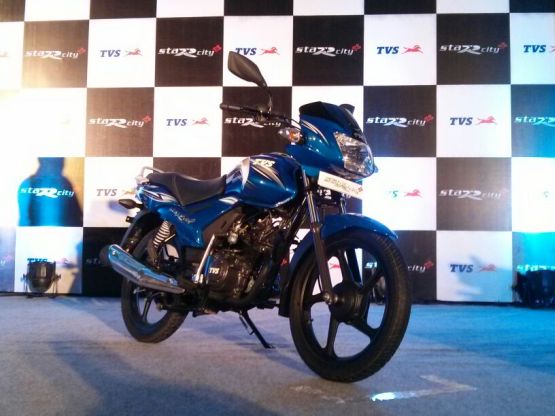 The Star City+ is powered by a 109.7cc engine derived from the ‘Ecothrust’ engine of the erstwhile TVS Phoenix. It produces peak power and torque of 8.4 PS at 7,000 RPM and 8.7 Nm at 5,000 RPM, respectively. The power and torque are harnessed by a four-speed gearbox, which also allows electric start in any gear. Performance statistics include a 0-60 km/h figure of 7.6 seconds, a top speed of 90 km/h and an ARAI-approved mileage of 86 km/l. Design highlights are silver shock absorbers, a dual-tone seat, and a stainless-steel muffler.

The Star City+ has been launched in two variants – kick start for Rs 41,500 and electric start for Rs 44,000 (both ex-showroom, New Delhi). The motorcycle will be available in four colours – Celebrity Scarlet, Oscar Black, Show Stopper Blue, and Titanium Grey.