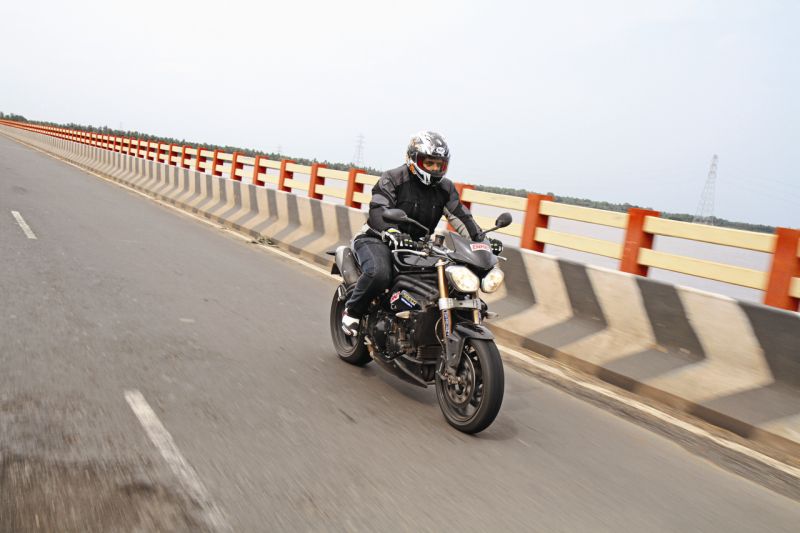 That very day we left Kolkata and her many bridges behind, and moved off towards Balasore. A small town in Odisha, the road there wasn’t the greatest, but the Speed Triple’s 120-mm-travel-capable upside down Showa shocks in the front and the Showa monoshock allowing for 130 mm of travel at the rear meant the effect of these less-than-acceptable roads were greatly mitigated. We reached Balasore well into the night, and stayed at the excellent Hotel Barjorjis Banjara.

After an extremely comfortable night in, we headed off towards nearby Chandipur to check out the famed beach there. Chandipur beach is the site for the Indian Army’s Integrated Test Range; missiles, including the nuclear capable ones, in India’s arsenal have been tested here. There’s a reason that Chandipur was chosen as the test location. The beach here is an extremely unique one. The water recedes by over five kilometres every day during low tide, and returns again at high tide. It is amazing to witness, and because Chandipur isn’t a ‘beach destination’, you can enjoy its beauty and tranquillity without being bothered by hordes of tourists. The Speed, ostentatiously a tarmac demon, surprisingly held its own on the soft sand and we had little trouble riding it on to the beach and back out. The pair of Metzeler Racetec Interact kicks that the Speed Triple rides on can take huge credit for allowing us to take this bike into such flimsy terrain without incident. 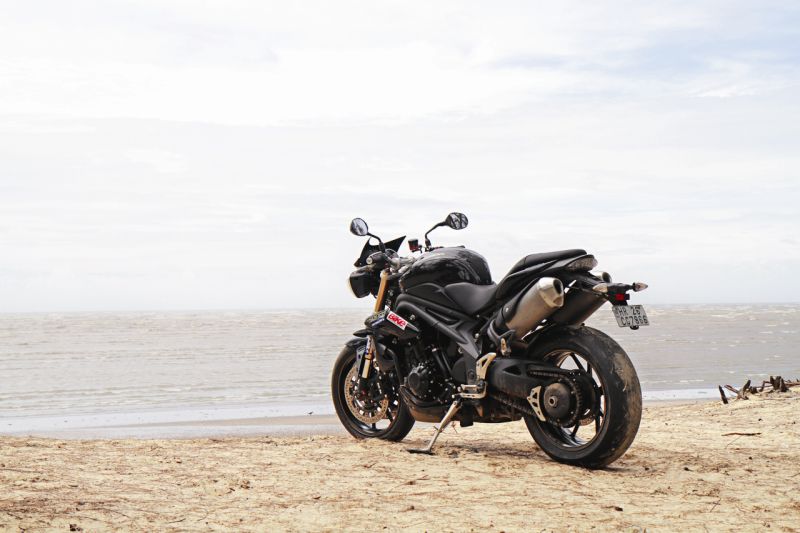