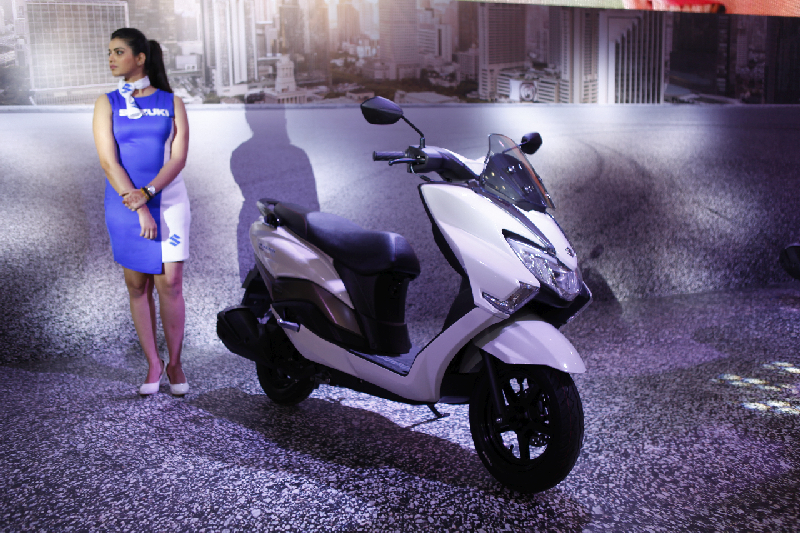 Suzuki’s Burgman Street is the latest in a recent trend of 125-cc scooters launching in India. The official launch date has now been announced – 19 July 2018.

We first saw the Burgman Street at the 2018 Auto Expo, earlier this year, however the ‘Burgman’ moniker is one that has been a constant in Suzuki’s lineage, and showrooms, abroad. We will get the smallest of all Burgman scooters – powered by a 125-cc engine – and a somewhat unique model at that. While the Burgman 125 is available in markets abroad, the Burgman Street seems to have been a bespoke creation based on that model, made especially for our market. This is made evident from the spy images that had emerged last month.

Among other things, the Street gets a less prominent windscreen, and most likely, will also be powered by the same engine that we see on the Access, which churns out 8.7 PS and 10.2 Nm of twist, rather than the 11 PS producing liquid-cooled, fuel-injected plant seen on the model abroad. What is likely to match the international-spec Burgman though are those singular looks, oodles of space, LED headlamps, and convenient 12V charging port under the handle among other things. We expect the Burgman Street to be priced at the premium end of the spectrum, so a sticker of approximately Rs 65,000 ex-showroom (approximately Rs 76,000 on-road) would be fair in our eyes.

As we mentioned earlier, the Burgman Street is just the latest in a long line of 125-cc launches, and no wonder considering the segment is really picking up here in India. It is also just one of more than a few scooter models that will be sold in India this year.