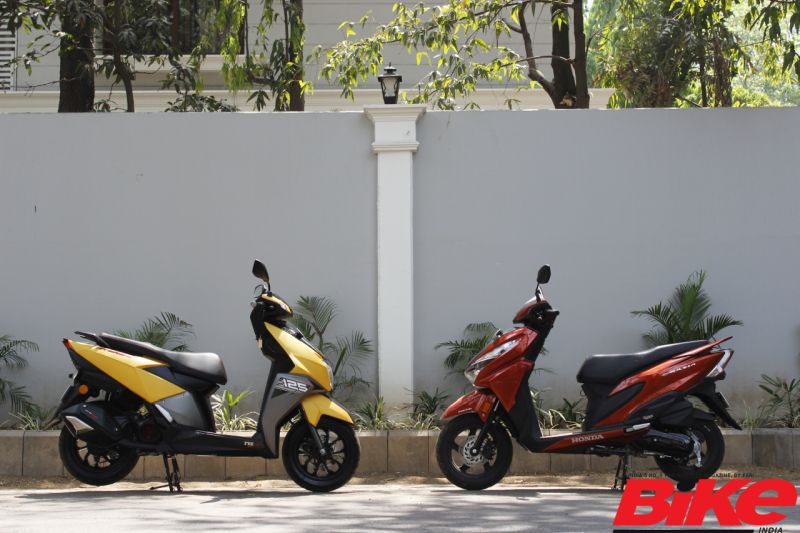 The premium scooter segment sales are soaring by the day. Newcomers Honda Grazia and TVS Ntorq 125 appear to be enjoying a large slice of the sales pie.

When introduced, gear-less scooters were praised for their hassle-free riding experience. As time progressed, some of us turned to scooters as our main commuter vehicle simply because they were pleasantly convenient. Of late, manufacturers have found a way to condense sporty performance and style into a scooter without disrupting its strong points. That, perhaps, is the biggest USP of the recent spate of 125-cc scooters launched in India.

The latest sales figures clearly indicate a drop in the sales volume of scooters below 125-cc. In India, the Honda Activa is almost synonymous with the word “scooter”. In 2018, Activa sales seem to be threatened. In two out of five months this year, sales figures have dropped as compared to the volume sold in the corresponding months of the previous year.

Meanwhile, the figures for scooters above 125-cc are steadily on the rise. Since its launch in November, the Grazia has been attracting customers courtesy of its good looks, impressive performance, and Honda’s reliability and refinement. In January, the Grazia managed to find itself a spot among the top 10 scooters sold that month. A position that it has steadily maintained thus far.

Similarly, the TVS Ntorq 125 was launched earlier this year and has claimed a place in the same list for the month of May. The Ntorq looks sporty, has competent performance, and comes equipped with an instrument console that supports Bluetooth connectivity with your smartphone. Perhaps, that’s what has earned it a position higher than the Grazia in the list of “Top 10 Scooters Sold in the month of May 2018”.

Although, it is too early to be sure, numbers indicate that the prospects for 125-cc scooters are increasing. This news could be music to Hero MotoCorp’s ears. Word on the street is that the Indian manufacturer is on the verge of launching 125-cc versions of the Duet and Maestro Edge. Furthermore, the Suzuki Burgman Street 125 is on its way as well.

All these scooters and more in our list of scooters headed to India in 2018.