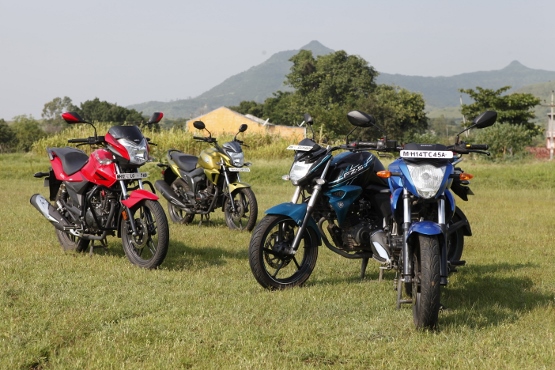 To ride, the Gixxer moves ahead with the sportiest feel, courtesy a fairly rev-happy engine combined with a well-sorted transmission and chassis combo. Breaching the 80 km/h marker happens in 9.1 seconds compared to the Honda and Yamaha, which take 11.19 seconds and 9.29 seconds respectively. To our surprise, though, it is the Xtreme that has the fastest acceleration to 80 km/h with a time of just 8.82 seconds. At the far end of the speedo, though, the CB Trigger records the highest top speed of 112.13 km/h with the Gixxer following close on its heels at 111.45 km/h. The Xtreme and the FZ, meanwhile, can get up to no more than 110.8 km/h and 110.9 km/h respectively. This means that the Suzuki has the best combination of acceleration and top speed in this test.

However, figures can only communicate half the story, especially in the case of motorcycles since riding one has a lot to do with sensation. Here the Gixxer shoots ahead. It is both sporty as well as refined. It has a slightly peaky edge that makes you want to crack the throttle open and the fact that it keeps developing its speed when others seem to want to give up makes you want to go faster with a correspondingly wider grin pasted on your face. Admittedly, the Xtreme is quicker accelerating but the lack of refinement really tells on the rider and can be a deterrent when it comes to giving it the stick. In terms of character alone, it’s the Trigger that comes close, but it lacks the Suzuki’s sportiness.

On the fuel efficiency front again it is the Hero that’s ahead of everything else here with an overall fuel economy of 60.25 km/l. The Xtreme is followed by the Trigger, which goes 55.7 km to a litre of petrol. The Gixxer and FZ return closer fuel economy figures of 47.75 km/l and 43.5 km/l respectively. The Xtreme also has the largest fuel tank at 12.4 litres whereas the other three have 12 litres each. As a result, the Hero also has the best range of 747.1 km with the Honda trailing it at 668.4 km. The Gixxer will do 573 km between refuels while the Yamaha will run out of petrol in 522 km. 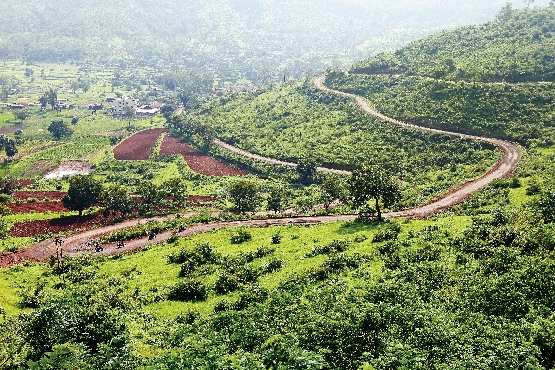