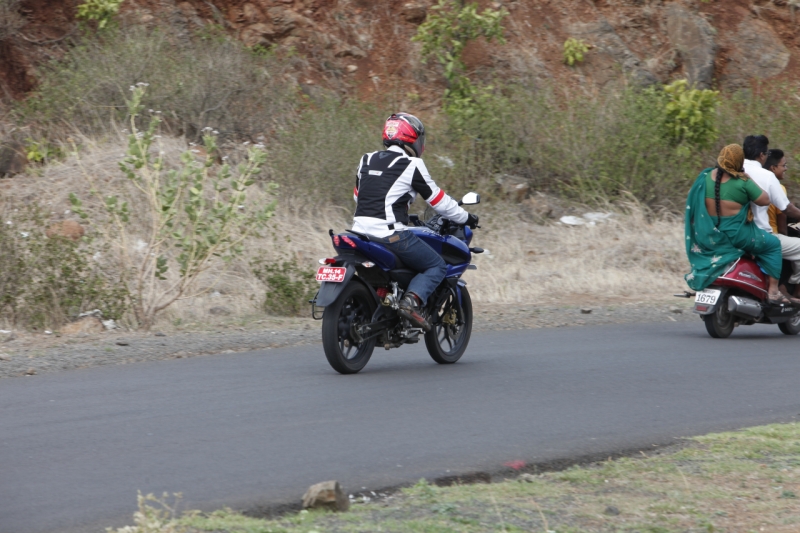 The thing with people as a mass number is that it takes one moron to trigger off a chain reaction which very well could lead to an apocalyptic result were it not for someone partially sane realising that a life, or even lives, could be lost very soon if things kept going on like they were.

Unfortunately, the partial thinker is a rare breed and it’s usually a policeman who has to step in, simply because that shade of green causes people to begin looking for a traffic signal. No, just a traffic signal – or more police personnel for that matter. This is about traffic sense. Of course it is.

In my years on the road, I have noticed that a considerably significant percentage of the road-using population – the people who travel using vehicle and not living on its side, that is – have no in-built sense of stability. They cannot draw a straight line if you gave them a ruler. Whipping them with it only makes things worse. On a tangent, back in school, most people who were punished only had their hatred for the teacher grow, they cared not for their mistake. In fact, they couldn’t care less about their responsibilities 20 years later, as aged humans – not learned adults, mind you, there’s a massive difference there.

My conclusion is simple. Like a certain god of mischief said in an intergalactic superhero movie, ‘people are unruly’. That’s right. Especially in developing countries, most think they are above the law. They have no respect for simple rules meant to make their own lives better and safer, let alone authority. The point is, if the rules – yes, there are many rules – are not enforced, then the whole point of them is thrown under a bus, much like they would with anyone else who isn’t a close relative they have something to gain from. The only way to get people to follow a simple rule – like travelling in a straight line, let alone anything else – is to educate them on their mistake. If, however, they don’t see change for the better as something that is needed, it should be enforced upon them with the rigidity of a dictator armed with a whip and a machine-gun. No one would dare step out of line if that were to happen. Oh no.

Again, there are exceptions. There are four kinds of people: those who know what is right and do what is right; those who know what is right, but fall prey to circumstance and do what will get them out in a hurry; number three knows what is right, but doesn’t care about anyone or anything else to bother following any rules; and, number four, who doesn’t know right from wrong and think they own the world and the rest are all their slaves consigned to do their bidding. Number three should be the focus. They need to be made an example out of. Fine them, and if they still have the audacity to argue, confiscate their license, or even their vehicle.

It’s come to the point where we need rules, and a ruler who enforces them appropriately.

The bottom line: Rules are meant for the safety of society. It’s perfectly fine to do anything and everything in the privacy of your own backyard, but on public roads, people need to realise that there are other members of society who are equally entitled to utilities such as roads and urinals. If people try and understand that, and, in turn, help other offenders understand that as well, we still have a chance to survive that little bit longer.