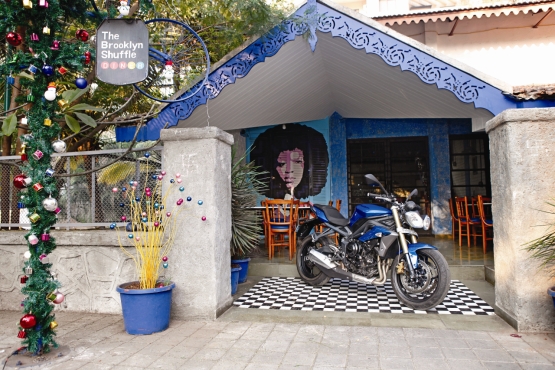 Triumph’s most affordable triple seems a logical step up from Indian ‘big’ bikes, but how easy is it to live with in the city?

It’s time to move on. You know it is. We’ve been stuck and struggling long enough. We’ve been handed things we couldn’t change, and made to live with them for want of better options, or simply lack of knowledge. Not any longer, though. For those who dare to take the next step, past the classics and on to the more powerful, street-oriented variety, Triumph Motorcycles India have just the thing.

The Street Triple has been one of Triumph’s most powerful naked roadsters for a while, growing in size ever so slightly over time. It marks the move up from the logical chain of Pulsars and Dukes to multi-cylinder territory, with more power, more mass, and more speed, of course. As our fictional friendly neighbourhood superhero learned, with more power comes more responsibility. Thus, the Speed Triple is the ideal bike to graduate to once you’ve experienced and mastered the lower rungs of the ladder. Moving past the 150s, 250s and even 400s, this 675cc triple is the lightest, most nimble and easy-handling motorcycle there is on sale in the country today. Moreover, the 80-PS output is also something which makes you think twice about plonking more than twice the amount on a litre-bike, which would be more than twice as powerful as well as much heavier. The power in question has been a subject of discussion for a while and we shall discuss it later.

The Street Triple then is a credible naked street bike, so we took it around the city to see how well it would tackle the chaos and mingle in it. The looks are outright stripped-down sport and with those twin-eye headlamps, it even looks as if the fairing has been pared off, exposing the frame and engine in the process – very mean! The vibrant metallic colour combinations – like this shade of Caribbean Blue – are indeed eye-catching. The large, muscular 17.4-litre fuel-tank is a nice bit to get comfy with, especially considering the wide single-piece stepped seat this roadster packs. The exhaust moves from under the seat and is now of the protruding under-belly variety with a three-into-one layout. That’s going to create some fine noise indeed. 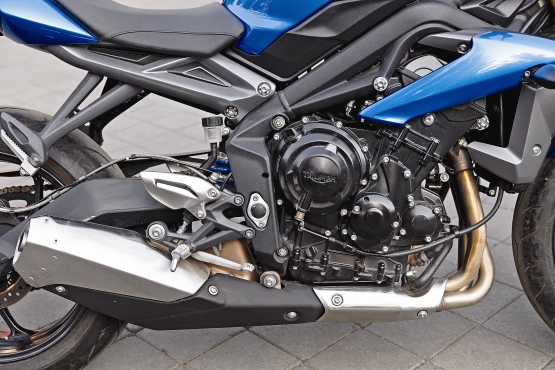