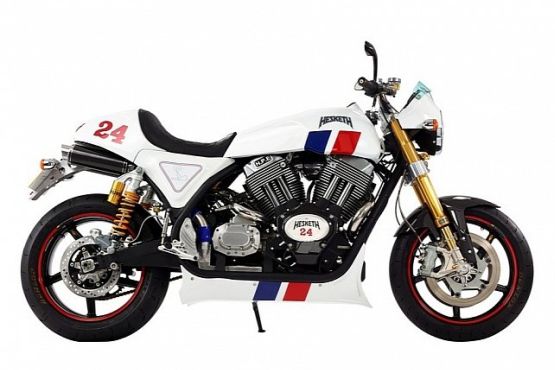 After a three decade exile from the world of active motorcycle manufacturers, it’s Hesketh’s time in the limelight with their new limited edition bike, ’24’.

The 24 was announced recently, with a formal launch at the Goodwood Festival of Speed. As the name indicates, only 24 of these beauties will be manufactured.

The Hesketh 24 will be powered by a 56-degree, air-cooled 1,950cc X-wedge V-twin mill that will be sourced from S&S Cycles and will be tuned by the British firm, PSE. The tuned version will have an output of 125 PS and a staggering 190 Nm of torque, with the unit red-lining at 6,500 RPM. The engine will be coupled with a 5-speed ‘box sourced from Baker, with the fifth gear being an overdrive gear for effortless riding. Hesketh wanted to maintain the sporty looks of the 24 and thus opted for a chain drive rather than a belt, which would have given the 24 an unwanted cruiser flair.

The 24 has a bespoke frame from Racing Innovations, and has Öhlins suspension at both ends. It makes use of BST carbon-fibre wheels and the brakes are provided by Beringer Hardware. The solo diamond patterned seat sits about 820 mm off the ground. 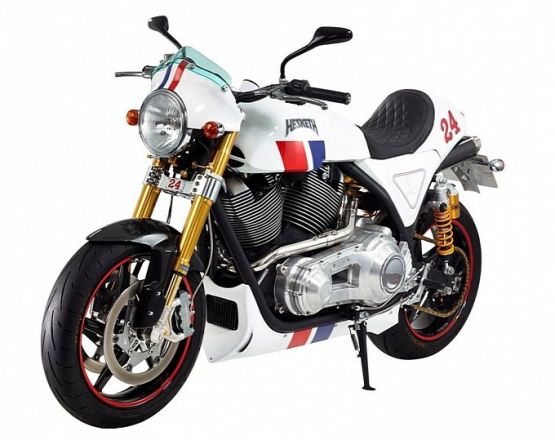 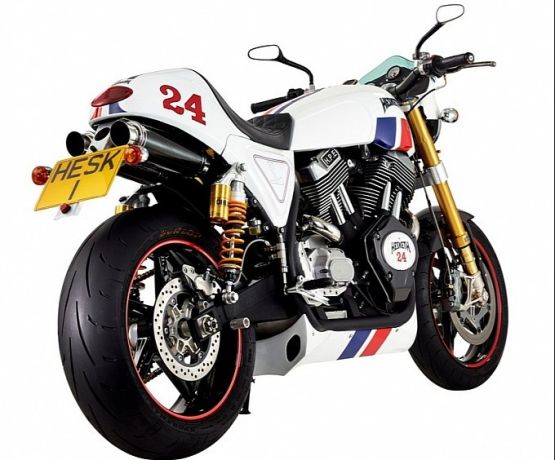