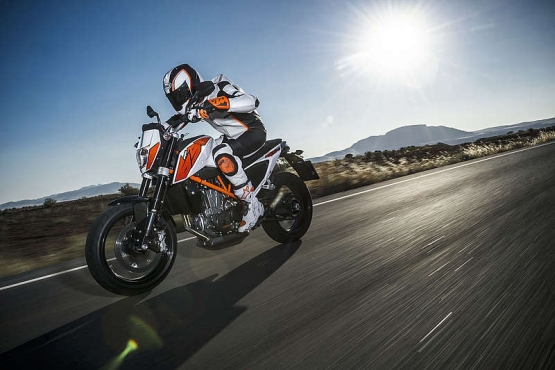 KTM have revealed the 2015 iteration of the 690 Duke and Duke R, in two colours schemes literally as clear as black and white.

The 2015 690 Duke remains unchanged mechanically, sporting the largest production single-cylinder motor in the world. This LC4 liquid-cooled, four-valve single runs a 102mm bore and 84.5mm stroke to displace, exactly, you guessed it, 690 cee cees. For a big-bore motor, the output of 68 PS at 7,500 RPM and 70 Nm at 5,500 RPM is exceptional. The Europe-only 690 Duke R puts out an additional 2 PS thanks to added Akrapovic exhaust, and also features a slightly higher stock seat: 865mm as opposed to the 835mm seat on the 690 Duke.

The six-speed gearbox and hydraulically-operated clutch help put this power to good use while the 14-litre fuel tank ensures decent range too. Given its abilities, the 690 Duke has become the choice of many an adventure-hungry tourer and its versatility and reasonably compact size are some of the things many appreciate. 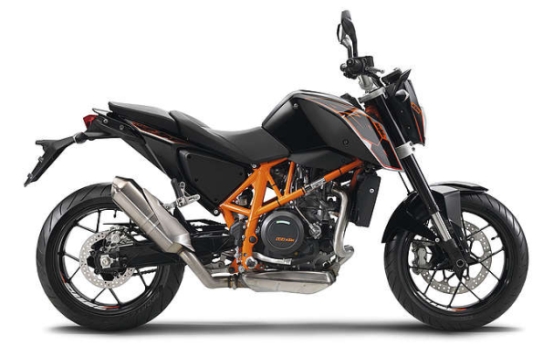 The 2015 model also features revised graphics for the ‘690’. Whether the 690 Duke is headed to India remains to be seen, but if KTM India can manage to assemble the bike here, we’re looking at a price tag of about Rs 4 lakh! Given the pricing and availability of other big bikes here, that’s positively salivating! 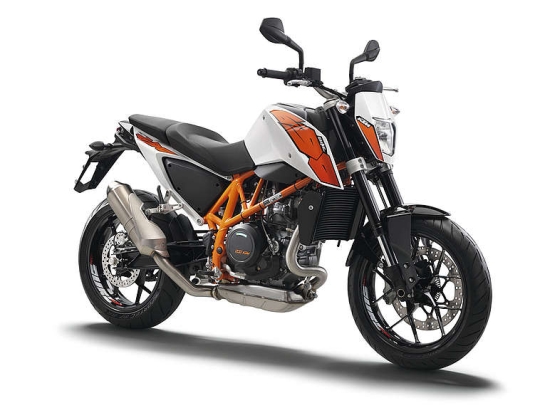