Ricky Brabec made his maiden trip to India and was in Delhi to promote the Africa Twin 2020 where he engaged in customer activities for Honda Motorcycle and Scooter India. 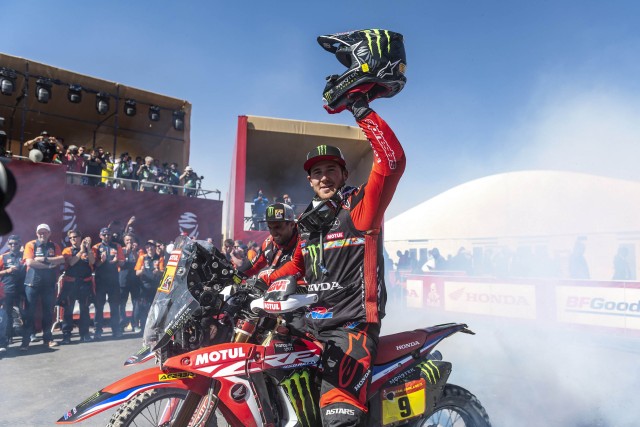 When we met Ricky Brabec over coffee, he ordered for a “strong” cuppa. His message was clear — he’d landed in India and was raring to go. The 28-year-old raid rider who had recently won the Dakar — the most dangerous sporting event in the world!

Event insiders revealed that Brabec, in his typical style, wanted to jump the bike on to the stage to make a grand entry during the launch event in Delhi. But the idea was a bit over the top for the organisers and they had to convince him to simply ride the bike on to the stage. Vanilla is safe and good, but what an entry that would have been.

“Wow, that’s strong!” exclaimed the Dakar 2020 champion as he took his first sip of the rather potent looking espresso, making the event organisers jump up in alarm. “It’s good. I need it to keep me awake!” he smiled. Since this was Ricky’s maiden trip to India, he was surprised by the attention from the media, fans and the crowd at the event in Delhi. But it seemed like the Californian was soaking it all in and enjoying the attention as well. We sipped our coffee and got down to business. 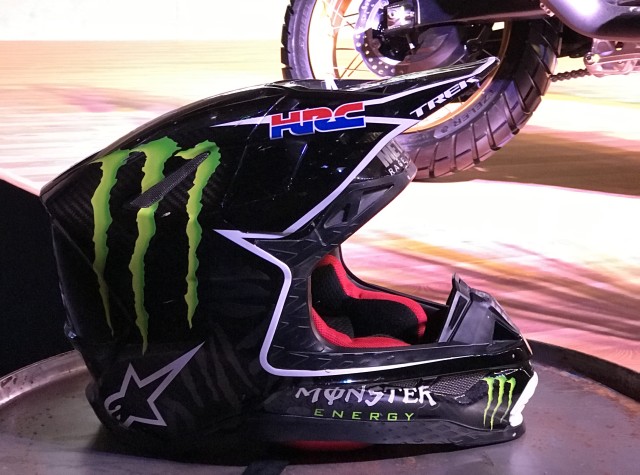 Brabec started the interview by revealing that his love for two-wheeler began at a very young age, riding and competing in BMX events, and quickly graduating to the world of motorcycles. Talking about his childhood, he recalled how he used to ride on sand dunes not very far from his home which has been his foundation for his achievements in motorsport. He got his initial training from his parents who share his passion for motorcycles. Over the years, the young American has won several racing events including Baja 1000, Baja 500 and a whole bunch of desert racing titles.
(Also Read: 7 New Bikes We Can’t Wait To Review)

His first attempt at Dakar was in 2016 and last year he came really close to winning the title. Leading the pack after stage 7, Brabec had to retire due to mechanical failure. It took a while to get over this setback, but he fought back and did a lot of training in the offseason. Talking about his training he revealed, “In the rally, you don’t know what’s going to happen. If there’s a breakdown then you need to live out there all by yourself for a day or two. The physical side of things is not hard to do. You just train on your motorcycle and you can get your fitness up. You can further improve by cycling, running or hiking.” The bigger challenge is to remain mentally strong and he added, “There are bad days and then there are good ones. Training isn’t always easy, and it should never be easy. If you train easy, then the race is going to be hard. So, I train tough. My mentor throws me in the desert for a couple of days by myself. There are days when I hate it but at the end of the day I realise that I’ve had a good time.”

Most of last year Brabec had been training the treads off for the Dakar 2020 which for the first time was held in Saudi Arabia. Since no one had prior experience in the country or the terrain, it levelled the playing field for the riders and teams. This was a blessing in disguise because Ricky is a natural on sand. Unlike South America where the terrain keeps changing with every region, the Middle Eastern country predominantly had just sand dunes to offer. It wasn’t a walk in the park, but Ricky blazed through the stages and ended up on the top step of the podium, becoming the first-ever American to win the Dakar! 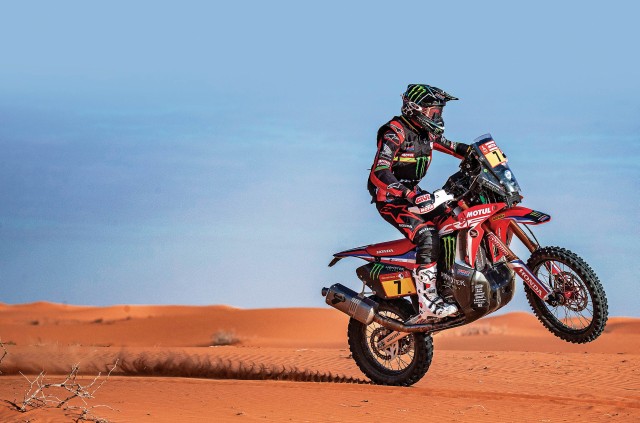 Most American didn’t know much about the rally, but things are changing fast. “People back home are following Dakar Rally more closely now. After last year being so close to victory, everyone back home has started to pay attention. And now that we’ve won the title this year, there’s a lot of respect out there. Hopefully next year there’ll be more people following the sport and we’re really looking forward to it.” Interestingly, he didn’t always want to win the Dakar. “When I was nine or ten years old, I thought there’s no way for an American to go to Dakar. So when I did make it to the rally, it was really cool. And then to win Dakar was even cooler.”
He’s five-Dakar-old now and though there are way too many things to love about the race, I was keen to know what he hates most about Dakar? His brutal honest reply was simple, “Finishing the stage and immediately doing thirty or forty interviews. That’s the worst (laughs).” 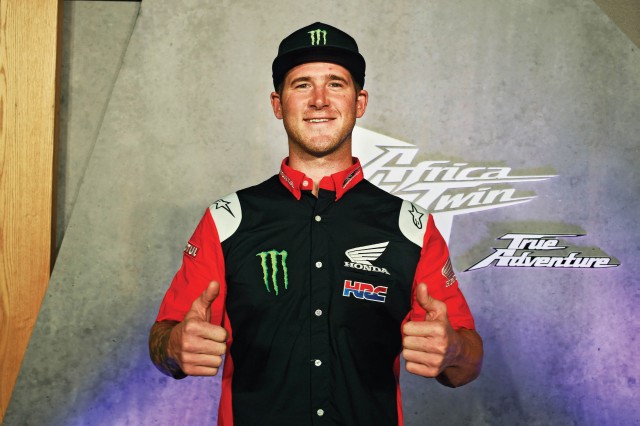 Realizing this was probably my cue, I came to my final question: Now that the Dakar trophy is in the bag, what next? “I’m still young and there’s a lot of fuel left in the tank. Obviously, I’m going to burn all the fuel I can till there’s no more left in the tank. After that, I haven’t thought about it. Some people say that I should consider cars, but I don’t think I would like to do that. Dakar puts a lot of stress on your body, so maybe when I retire I’ll try and do something in the motorcycle industry. Probably do some business because you can’t race forever. We’re doing it right now because we’re young and this is fun!” he signed off while taking the last dreg of his strong coffee. We hoped the caffeine kept Brabec enthused and up for all the interactions and excitement planned for the race champ.