The new Honda Africa Twin CRF1100L has been launched in India for a price of Rs 15.35 lakh (ex-showroom). 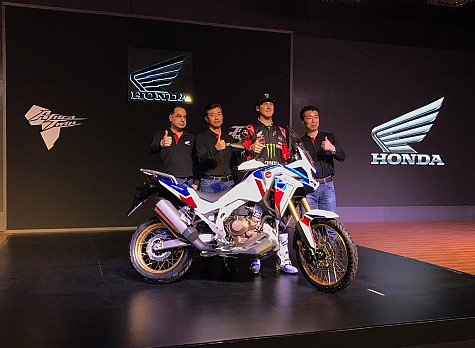 Honda brought down Ricky Brabec, the winner of the Dakar 2020, for the launch of the Africa Twin in India. The Japanese motorcycle giants claim that the new Honda Africa Twin is now lighter, gets boosted performance from a larger engine and more features than ever. The Honda Africa Twin has been launched in two variants – Manual and DCT. For the first time ever, the bike will also feature a six-axis IMU (Inertial Measurement Unit) for improved stability.

The Honda Africa now gets a 1,084-cc parallel-twin unit compared to the previous 998-cc engine. Honda claim that this engine will make 12 per cent more power and 11 per cent more peak torque while also being stronger through the entire rev range. The 1,084-cc engine now makes 102 hp at 7,500 rpm and a peak torque of 105 Nm at 6,250 rpm. The motorcycle has also shed 5 kg from its previous model, giving it a 10 per cent higher power-to-weight ratio. The complete frame has been revised and now features a bolt-on aluminium subframe and an aluminium swingarm. 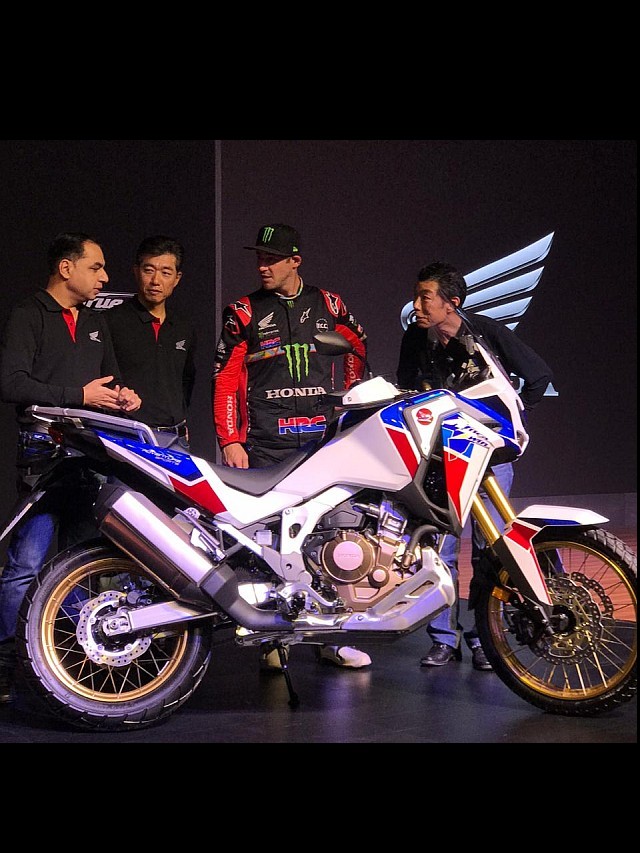 The six-axis IMU is what gives the bike so many new features and electronic aids that include wheelie control, cornering ABS with off-road setting, and rear-lift control. In the DCT (Dual Clutch automatic Transmission) variant, the bike gets ‘cornering detection’, which recognizes when the bike is entering a corner and adjusts for easier gear-shifts. The off-road setting joins the default riding modes of Urban, Tour and Gravel plus two customizable user settings to offer personalization and cover most riding conditions.

On the design front, the Honda Africa Twin is now more aggressive and compact, to give it better off-road capabilities. Its riding position features a slimmer section seat and handlebars that are set higher. The motorcycle also gets heated grips and a five-step adjustable visor up to 60 mm. To make it an all-rounder and give it the ease of use for touring, the Africa Twin also gets a larger 24.8-litre fuel-tank and cruise control as standard.

A full range of accessories are also available for the Honda Africa Twin, including a top box, visor, quickshifter, main stand, rally step, engine guard, front fog-light, smoked windscreen and more. The Manual variant will be sold in Pearl Glare White, while the DCT variant will be sold in Darkness Black Metallic. We await a ride on the new Honda Africa Twin to see how much more capable it is compared to its predecessor.