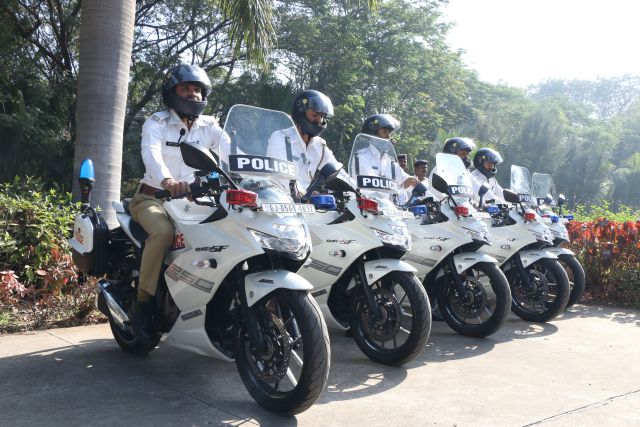 This activity of handing over Suzuki Gixxer SF 250 motorcycles to the Surat police is in line with the manufacturer’s CSR (Corporate Social Responsibility) road safety initiative. The bikes have been fitted with additional parts to meet the needs of the police officers. Suzuki Motorcycle India presented the keys to RB Brahmbhatt, Commissioner of Police, Surat and have posted a picture of the same on their social media platforms. 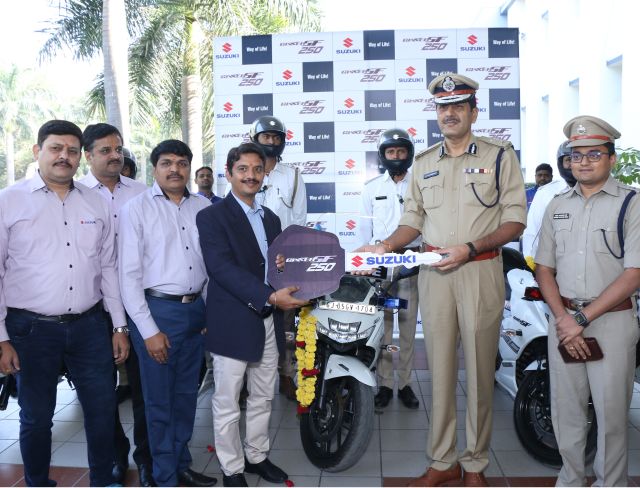 To make the motorcycles distinguishable and since they will be used specifically for police work, the manufacturers have given the bikes a special white colour scheme with police stickers on the body panels. Apart from this they are also fitted with red and blue beacon lights at the front while the rear has been fitted with panniers on both sides and also gets a baton holder. 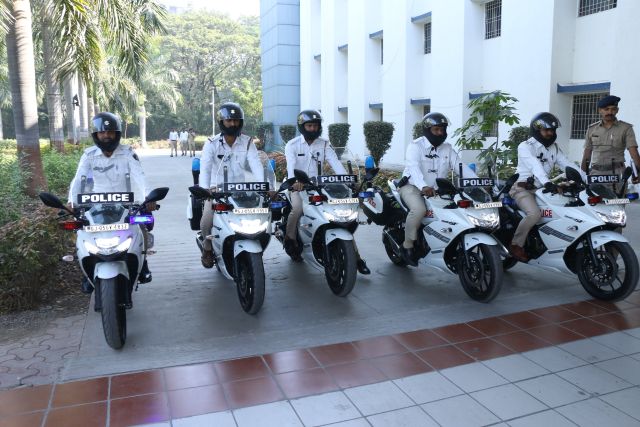 Last year, Suzuki India, gave 10 Suzuki Gixxer SF 250 motorcycles to Gurugram police which are since then being used for regular patrolling. The company has been working on this initiative since 2018 and until now, have handed a total of over 20 bikes to the Gurugram police force.