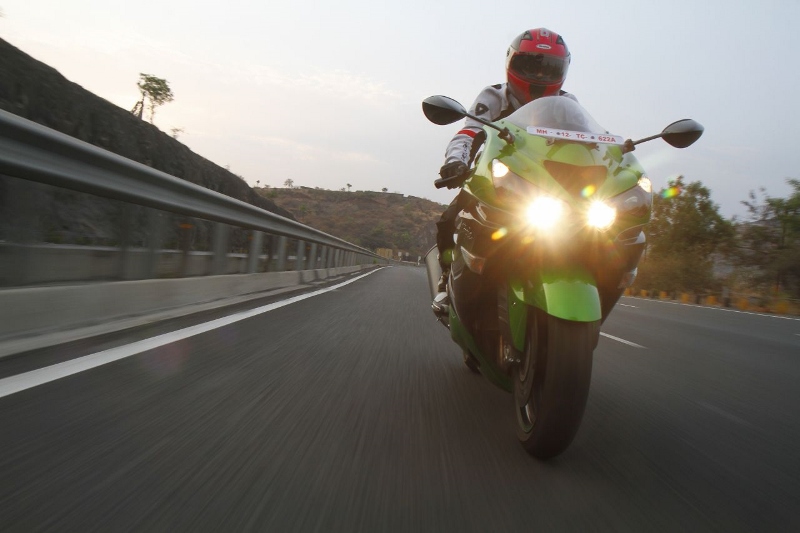 The Kawasaki Ninja ZX-14R is the mother of all sport tourers. With a massive 1.4-litre heart and a top speed governed to 300 km/h by a gentleman’s agreement, the experience of riding one is unlike any other

The world of the fastest production motorcycles on the planet is a rarefied one. Only a handful have ever made it to this hyper exclusive world. Offhand, I could think of the now extinct Honda Blackbird and the Suzuki Hayabusa. The only other name that comes to the fore is the massive and bulbous Kawasaki Ninja ZX-14R. It’s a motorcycle that has always given rise to several questions. Foremost among them is ‘what does it feel like to ride at nearly 300 km/h?’ The list then gets distilled down to more mundane aspects such as how difficult it would be to ride a motorcycle of that calibre on our extremely evolved Indian roads. Each time I would say to myself: it can’t be easy managing a motorcycle with that kind of power on roads that can barely let you have a genuine feel of something with 50 PS on tap, let alone 200-plus PS. Little did I know that I would one day find myself in the rider’s seat trying to review that motorcycle on these roads. (Catch the video review right here) 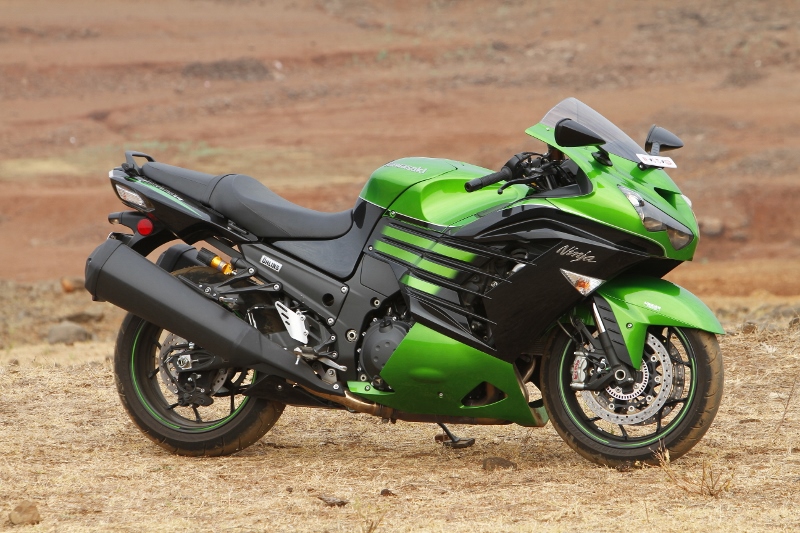 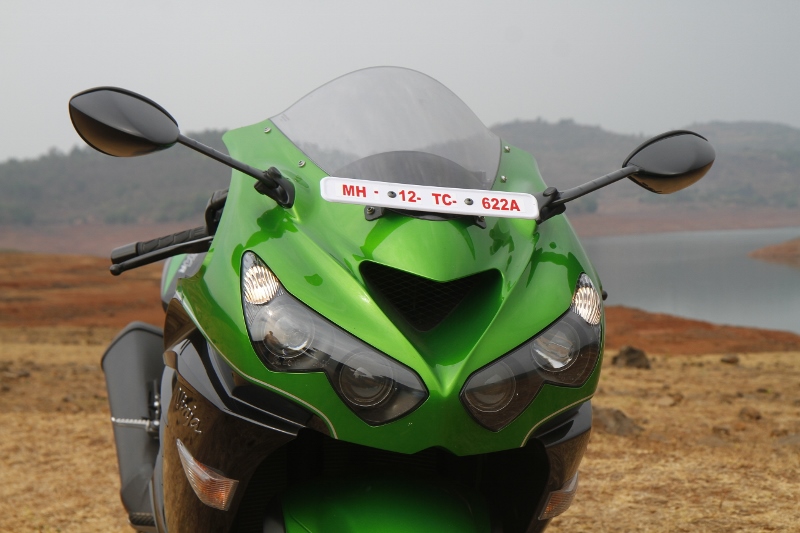 Even from a distance, the Kawasaki Ninja ZX-14R cuts an imposing figure. At over two metres in length and more than three-quarters of a metre in width, this bike oozes presence. Where looks are concerned, this is no lithe Ninja at all. Rather it has the bulbous lines and curvy proportions of a sumo wrestler on diet. That menacing face with the four round lamps and that massive ram air intake is intimidating. For sure, it isn’t what you would like to see in your rear-view mirror because it reminds you of a predator about to gobble you up. After all this, when you’re told that the Ninja ZX-14R tips the scales at 269 kilos (kerb weight), there is no further room left to not feel intimidated.

All this, however, begins to melt away once you get astride the bike. A seat height of 800 millimetres means that I can plant both my XPD-shod feet firmly on the ground. The seat is wide and comfortable with plenty of room to spare for a pillion or saddle-bags or even both. The handlebars will have you crouch down a fair bit but nothing that is so uncomfortable that you would want to switch bikes. Enough to let you know that despite being a tourer this is, in fact, a ballistic missile. There are some nifty bits too that add to the bike’s touring-friendliness. For example, the retractable bungee hooks at the joint of the rider seat and the pillion seat. Or the digital multi-information display nestled between the twin roundels of the speedo and the tacho, with information spanning current fuel economy, average fuel economy, range, ambient temperature and more. 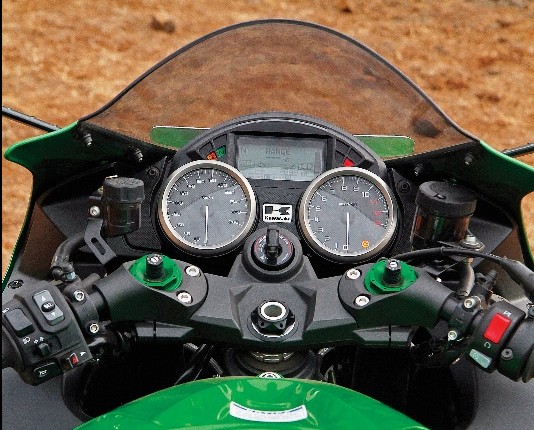