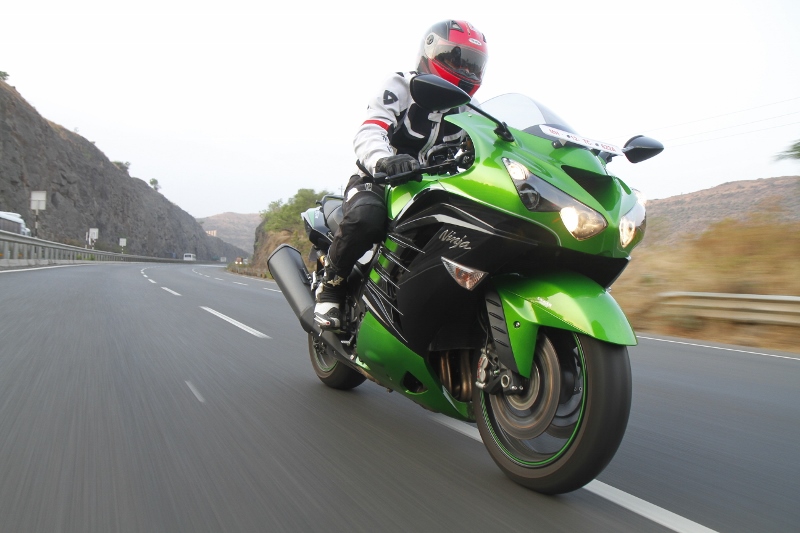 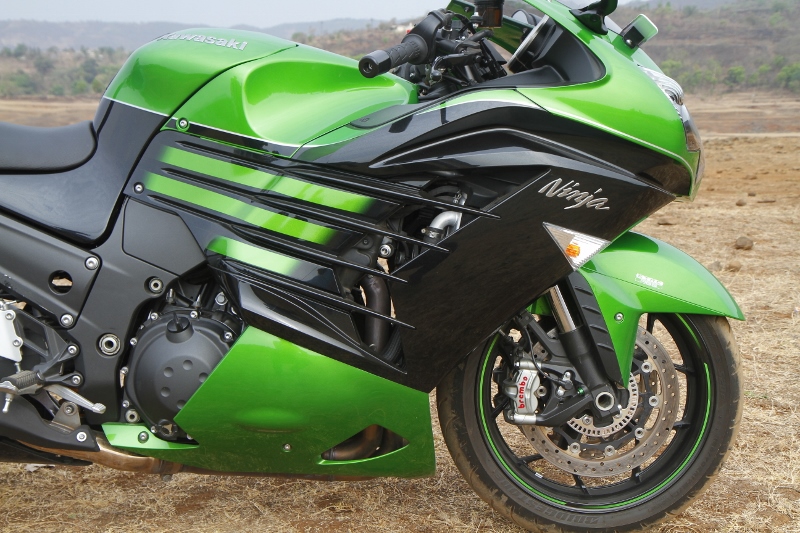 At the heart of the Kawasaki Ninja ZX-14R’s mind-boggling performance (read a claimed 0-100 km/h in less than three seconds and a limited top speed of just below 300 km/h) is a liquid-cooled 1,441-cc in-line four-cylinder engine with four valves per cylinder and double overhead camshafts. Fuel-injection is via four 44-mm throttle bodies while transmission duties are taken care of by a slick shifting six-speed gearbox. Peak output is rated at 200 PS with 10 more horses coming in with ram air, taking the peak to a whopping 210 PS at 10,000 RPM. Max torque of 158.2 Nm kicks in at 7,500 RPM. Personally, however, I doubt that we would be reaching these high figures anywhere in India since the sticker on the tank and the product specifications quite clearly say that the bike needs 95 RON unleaded petrol, and we all know how pure the fuel at the regular petrol pump is. More so, if you’re filling at a random petrol station along one of the highways you’re touring on.

But I digress. Coming back to the bike itself, what is genuinely surprising and pleasantly so is the tractability of the engine. While the engine is more than capable of propelling you into the distance with the alacrity of a rocket, it can also reward you amply when you choose to set yourself on a more relaxed course. Short shift through that slick six-speeder and settle into a comfortable 120-130 km/h cruising speed and you realise that while miles are being munched, you’re still fairly fresh and fatigue-free. Roll open the throttle just a bit and watch that car disappear in the wide and very practical rear-view mirrors. There’s virtually no need for downshifting. Welcome to the touring face of the Kawasaki Ninja ZX-14R, the one that will see you battle the highways and win each time. This tractability is also very handy when it comes to negotiating through that busy little town on the way to your destination. You don’t really have to work too hard to keep the engine boiling. Instead you just let that rush of torque do all the talking. 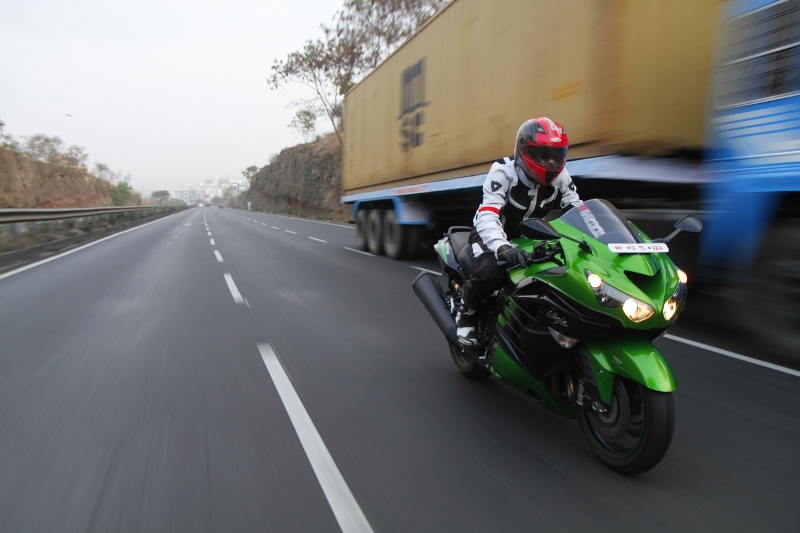