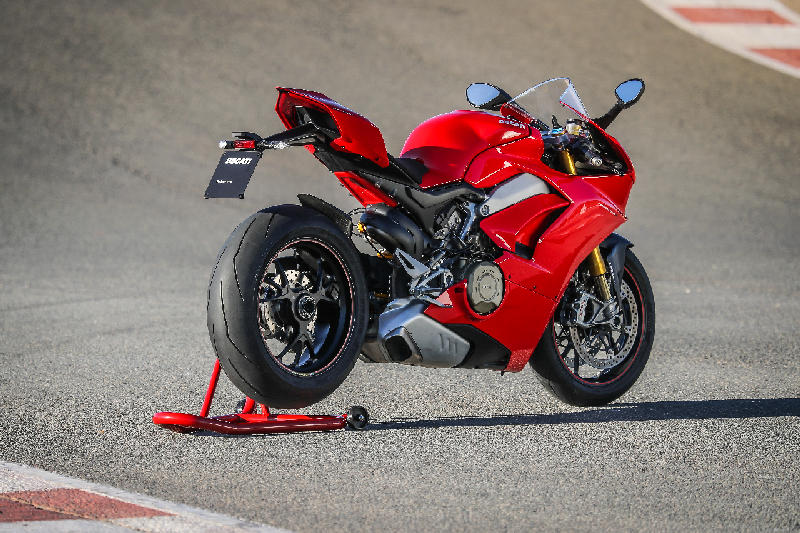 However, looking pretty at a standstill isn’t what the V4 is all about, because this beast is best experienced in its natural habitat – at full tilt on the race track. And there’s a whole lot of technical wizardry behind this predatory track-attack instinct, starting with the engine. The 1,103-cc 90° V4 churns out a segment-leading 214 PS at 13,000 rpm and 124 Nm at 10,000 rpm. The engine is reverse rotating to keep the gyroscopic effect in check, and the ‘twin pulse’ 0°-90°-290°-380° firing order ensures that the bike’s V-twin-esque feel isn’t diluted. Despite the extra cylinders, the engine is only a frugal two kg heavier than the outgoing V-twin on the Panigale. The V4 comes with a six-speed gearbox which sports a power shifter for both up- and down-shifts. The ‘S’ variant of the bike tips the scales at 195 kg ready to roll (including fuel, fluids et al), which equates to a class-leading power-to-weight ratio of 1.1 PS/kg. 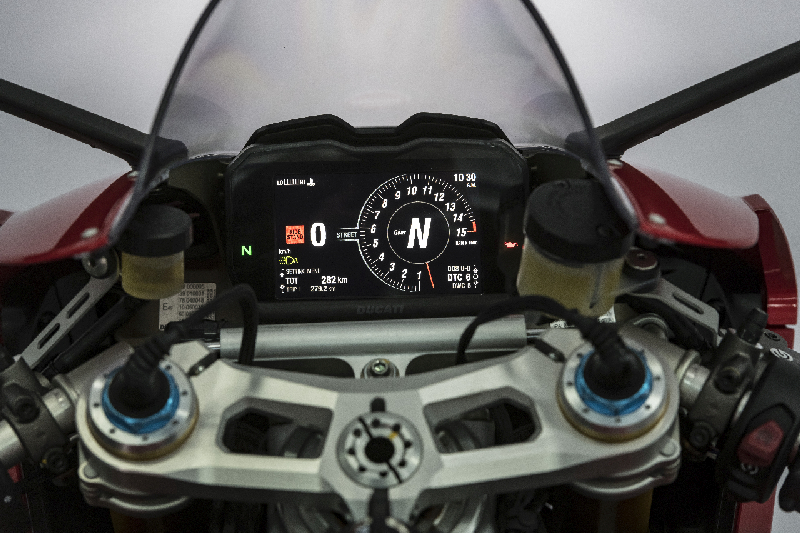 That’s a lot of grunt on tap, and to keep things on the straight and narrow, there’s a comprehensive Bosch electronic aids suite in place. This includes cornering ABS, traction control, wheelie control, power launch, engine brake control, and more. A particular highlight of this electronics package is the slide control, which senses the degree of lean when in a corner and electronically adjusts the rear brake to allow the bike to be backed into the corner to a certain degree, and maintains it. The bike also comes with three riding modes – Street, Race, and Sport. While Sport mode has a smoother power delivery, Race mode is sharper and delivers more crackling performance. These modes can be controlled and individualised using the bike’s unique 5.0-inch TFT all-digital panel, which also features a traditional looking analogue-style tachometer, and a prominent gear indicator readout to make things that much easier to gauge when you’re out on the track. All of this is cradled in a rolling chassis made of a cast aluminium front frame, subframe and single-sided swing-arm, the latter-most of which is still the heaviest part of the chassis weighing in at 5.1 kg. 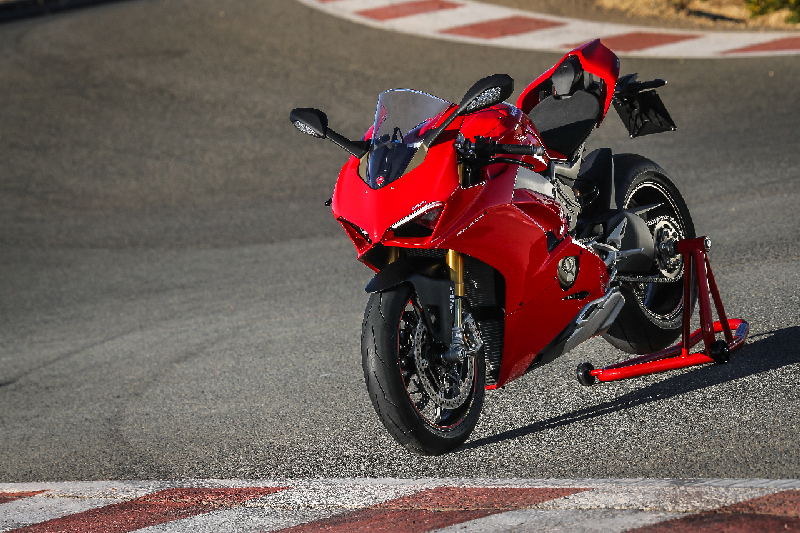