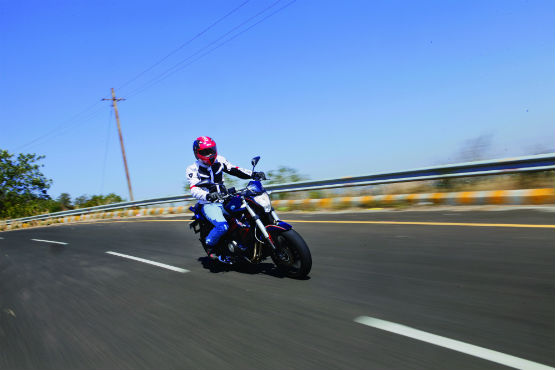 The TnT 300 is the entry level offering from Benelli. We swing a leg to find out how it is

The year 2015 should be a very happy one for motorcyclists given the slew of launches slated to take place one after the other. Among the others, for the first time ever, Italian marque Benelli will join the ranks of global bike-makers making the beeline for Indian shores. What will differentiate this Italian brand (the brand having already been launched late last year in partnership with DSK) from the rest of its ilk is that they will be offering at least one choice for pretty much every biker, spanning from those who can’t afford much to those who can afford too much. 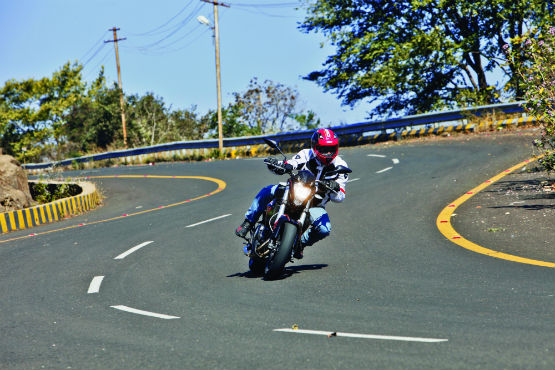 So at the pricey end of the spectrum you will have the flagship TNT 1130 R (which we were the first to review), an 899 and a couple of 600s for those who will want to spend less money or don’t crave the mental nature of the biggest Benelli. But for those who want a Benelli but can’t afford something really fancy, which is the majority of Indian enthusiast bikers, they have the TNT 300. In essence, therefore, the smallest motorcycle that Benelli will offer in India will also be their bread-and-butter bike. Naturally, we had to get our hands on one and ride it to feel for ourselves what all the Benelli TNT 300 buyers will feel. 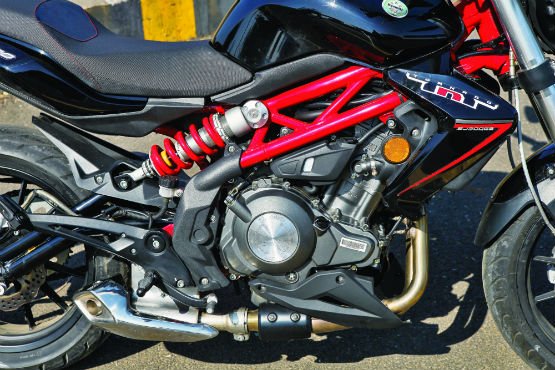 First up, the bike looks good, irrespective of which side you’re looking at it from. There are some nice visual elements too – for instance, the chrome shroud for the underbelly exhaust will certainly appeal to bling-loving Indian consumers. There’s also a polished metal cover with the Benelli name etched on it on the crank-case, which looks quite nice. There is a decent amount of musculature too and the overall effect is quite pleasing. Swing a leg over this Benelli and you realise the riding posture is good and everything feels natural and where it should be.

The mirrors, though oddly shaped, have a pretty good field of vision and there aren’t too many blind spots either. So far so good. But how is it to ride? Thumb the starter and you are greeted by a nice meaty crackle that has an extra dollop of bass. Give it some stick and this evolves into a throaty thrum, which is quite pleasant. Snick the lever into first, release the clutch while feeding in the throttle and the first India ride of the Benelli TNT 300 gets going. Filtering through rush-hour traffic is easier said than done but the bike does the job. Soon enough we’re out on the highway where the TNT 300 gets its first chance to stretch its legs. Immediately there is a rush of confidence that floods your senses for the bike is stable and feels extremely planted in a straight line, even at triple-digit speeds. Fast bends, too, are not a problem and the Benelli feels confident as it darts for the turns.